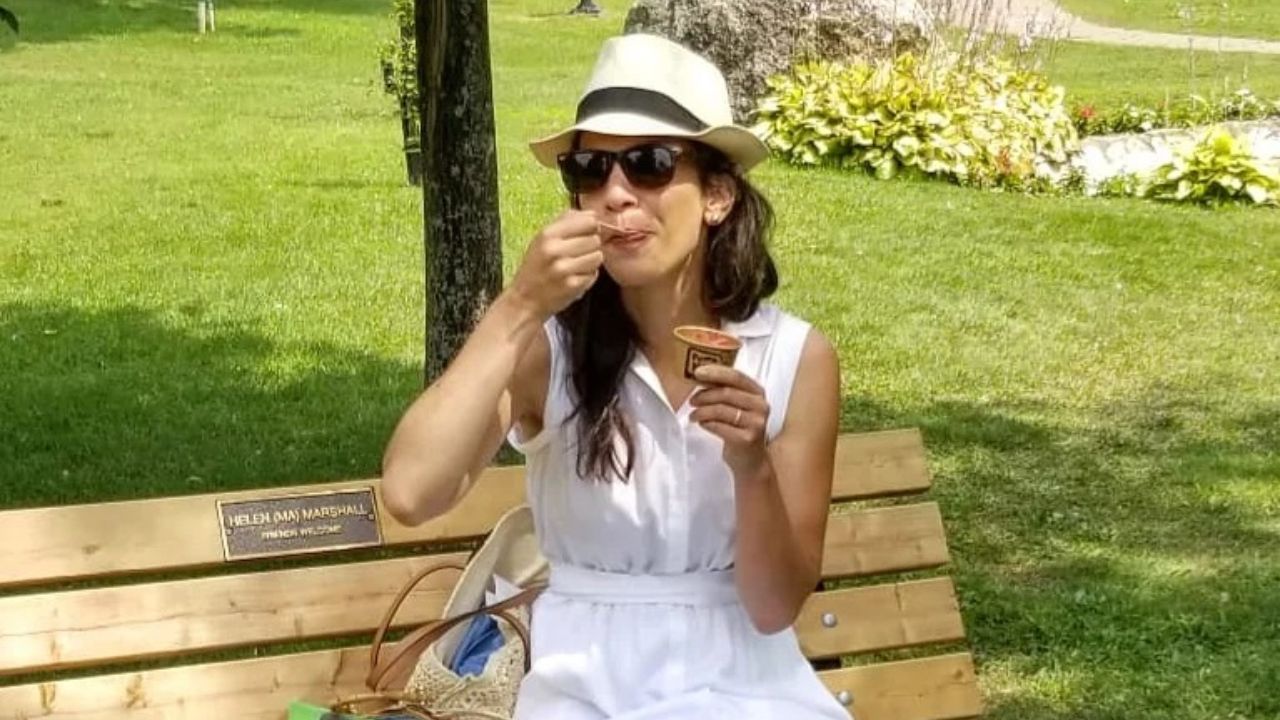 Sarah Sklash from Netflix‘s Motel Makeover has always enjoyed nature and outdoor activities. Since she was a child, anytime she had spare time, she would go outside to hike, bike, or near waterways, which ignited her interest in travel.

Sarah has lived in a variety of lovely countries over the years, including Australia, Belgium, France, and Israel, to mention a few.

As time passed, Sarah found herself desiring a change in her profession from her job in public service in Ontario. So, she had a sort of awakening with her best friend, April Brown, who was likewise stuck in a rut and lived in Toronto.

The two had bumped into each other in college in the early to mid-2000s, and their bond had only gotten stronger over time.

They spent a weekend pondering side hustle possibilities before recognizing that a run-down motel in Prince Edward County provided them with a prospect to combine their love of travel and creative skills to become moteliers. Subsequently, The June Motel debuted in June 2016.

Motel Makeover is a new Netflix reality show that chronicles April Brown and Sarah Sklash, along with project manager Courtney Mann and occasional appearances from Christine Jovellanos, as they work to open The June Motel’s second site in Sauble Beach, Ontario.

Following the enormous success of their original location in Prince Edward Country, Sarah and April chose to jump-start their aim of building a hospitality empire by expanding the June Hotel to Sauble Beach, Ontario, which Netflix chose to capture and air.

Sarah Sklash is married to her husband Rod since 2019. They don’t share any kids yet. Some fans claim she might be transgender, but there’s no truth to it.

Sarah doesn’t post much about her personal life on the internet, and her husband, Rod, whom she married in the summer of 2019, is nowhere to be found on social media sites.

Therefore, it’s safe to conclude that she keeps her professional and personal experiences separate.

Sarah Sklash is of Canadian ancestry. Her hometown of Windsor, Ontario, is where she was born and spent her childhood. Her parents are named Michael and Karen Sklash.

In addition to his work as a senior hydrogeologist at Dragun Corporation, her father is also a part-time faculty member at Lawrence Tech.

Karen, her mother, works as a Principal at the Greater Essex County DSB. David Sklash, her brother, graduated from Wayne State University and The University of Western Ontario’s Richard Ivey School of Business.

Sarah from Motel Makeover does not have an official Wikipedia profile.