Pirate Gold of Adak Island: Do They Find Gold in 2022? They Found Two Treasure Pieces From the 19th Century! 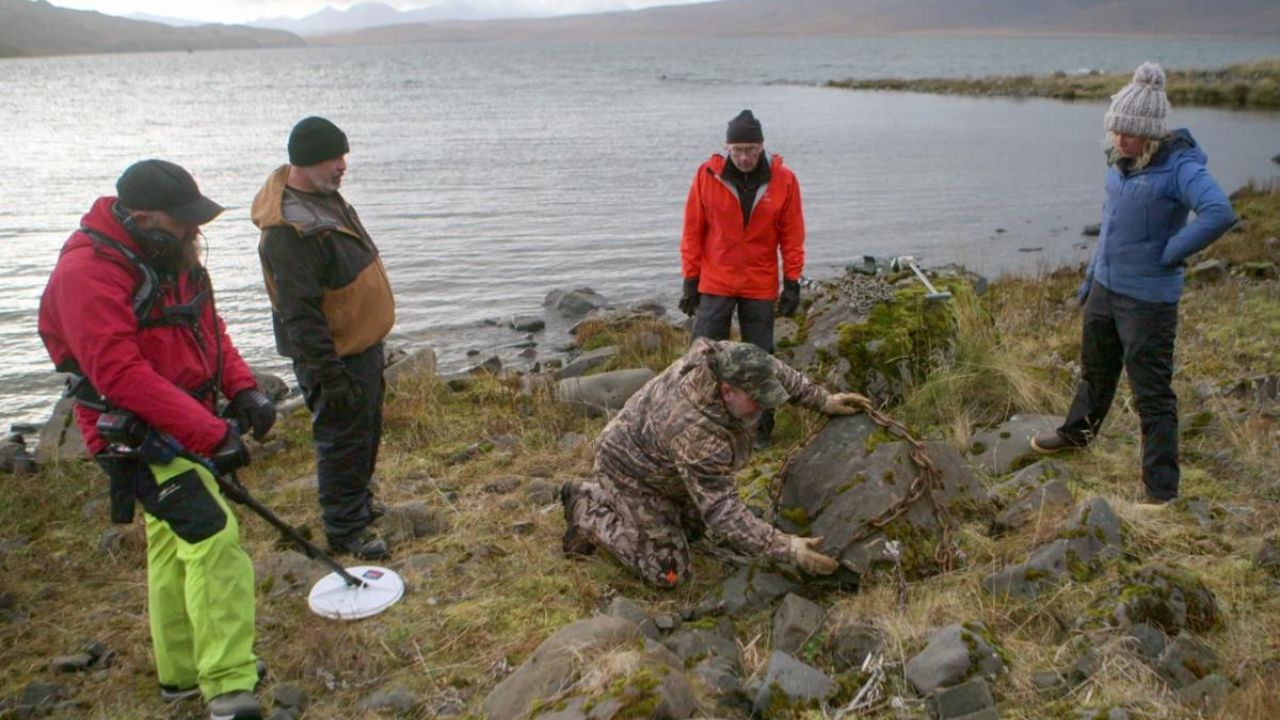 In Pirate Gold of Adak Island on Netflix, a governor, and four specialists search for gold worth $365 million, and viewers question if they found the gold in 2022. In the past, captain Gregory Dwargstof is thought to have buried the gold. Additionally, some Reddit users also believe the treasure is fake. Do they find the gold then? To learn more about if the Adak Island Pirates found gold or not, read the article.

There’s no denying that everyone enjoys an adventure, but some of us would rather watch one than go on one. This is where the role of Pirate Gold of Adak Island comes in. After all, the focus of this Netflix original reality documentary series is a team of specialists’ quest to find gold buried beneath an island unlike any other.

A reality series titled Pirate Gold of Adak Island debuted on Netflix on June 29. It is an eight-part documentary series that lasts 25–34 minutes each and follows the expedition crew sent to find the riches on Alaska’s Adak Island. Mak Pictures, with Mark Kadin and Will Albrecht serving as executive producers, is the creator of the show.

The series’ narrative delves into the past century of discoveries of hidden caches of gold coins from the nineteenth century on the isolated and unsettling island of Adak. The total value of the pirate loot, the majority of which has not yet been located, is believed to be $365 million. So, do they find gold? Let’s find out!

Previously, we touched on Season 2 and Thom Spitler.

Pirate Gold of Adak Island: Do They Find Gold in 2022? Netflix Viewers Wonder if the Treasure was Found!

Pirate Gold of Adak Island is a reality documentary series that follows a select group of experts as they seek out Captain Gregory Dwargstof‘slost riches in the Alaskan tundra. This is because this Netflix original not only faithfully captures the team’s objectives, perseverance, and labor of love, but also sheds light on all potential outcomes of such trips.

Now that we are aware that the rumor of this hidden gold, which might be worth more than $365 million, has been around for more than a century, let’s find out if it was indeed found or not. Spoilers alert!

According to the show, In 1892, Gregory Dwargstof, an illegal seal hunter and pirate captain, reportedly traveled to the Adak Islands in Alaska, the farthest place he knew, to hide wealth. He was allegedly a member of the Sealing Association, which slaughtered these defenseless creatures for their skin and oil and then eluded law enforcement for years.

The captain, however, was in charge of the Hislop, the fastest ship in the bunch, and could therefore evacuate, so as soon as US warships caught up to the fleet, all of their gold was immediately hauled over to him.

As per the series, Dwargstof traveled through storms throughout the Aleutian Islands to elude capture before going to consider measures to safeguard the treasure.

The crafty but cruel skipper is said to have given orders for his troops to stuff the 3000 lbs of priceless coins into empty cans or milk canisters before burying them in several caches across Adak. He also managed to escape the island, but he soon ended himself in a shipwreck, which led to his imprisonment and death from pneumonia in jail without ever disclosing the whereabouts of the hidden wealth.

As a result, the rumored can of gold that a soldier discovered in 1943 while clearing a way through the Adak Navy camp during World War II was the first indication of Dwargstof’s coveted riches.

In an episode, the enthusiastic group, which also included Brian Weed, Dr. M. Jackson, Jay Toomoth, and Burke Mitchell, started searching through every idea in search of some crucial hints.

They looked at Red Bluff Hill and Lake Betty, in addition to Kuluk Bay, Sweeper Cove, and the Bay of Waterfalls, only for the latter to point precisely in the direction of Lake Andrew. They were guided along the right path by the suggestions that Russian outlaw Dwargstof had carved for himself, and as a result, they discovered two gold pieces from the 19th century.

There is still a lot more treasure to be uncovered because the expedition squad would have continued their search if it weren’t for the winter season hitting them like a storm or the necessity for naval authorization to travel further.

They did promise to come back the following spring because they were now more committed than ever, but it is unknown whether or not their subsequent quests have produced any worthwhile results. Moreover, some Reddit users also believe the treasure is fake, and some hope it will return for Pirate Gold of Adak Island Season 2.

A Seabee is said to have found another tin in a somewhat similar manner back in 1959, but despite numerous efforts by numerous people, no extra portion of his treasure was discovered.