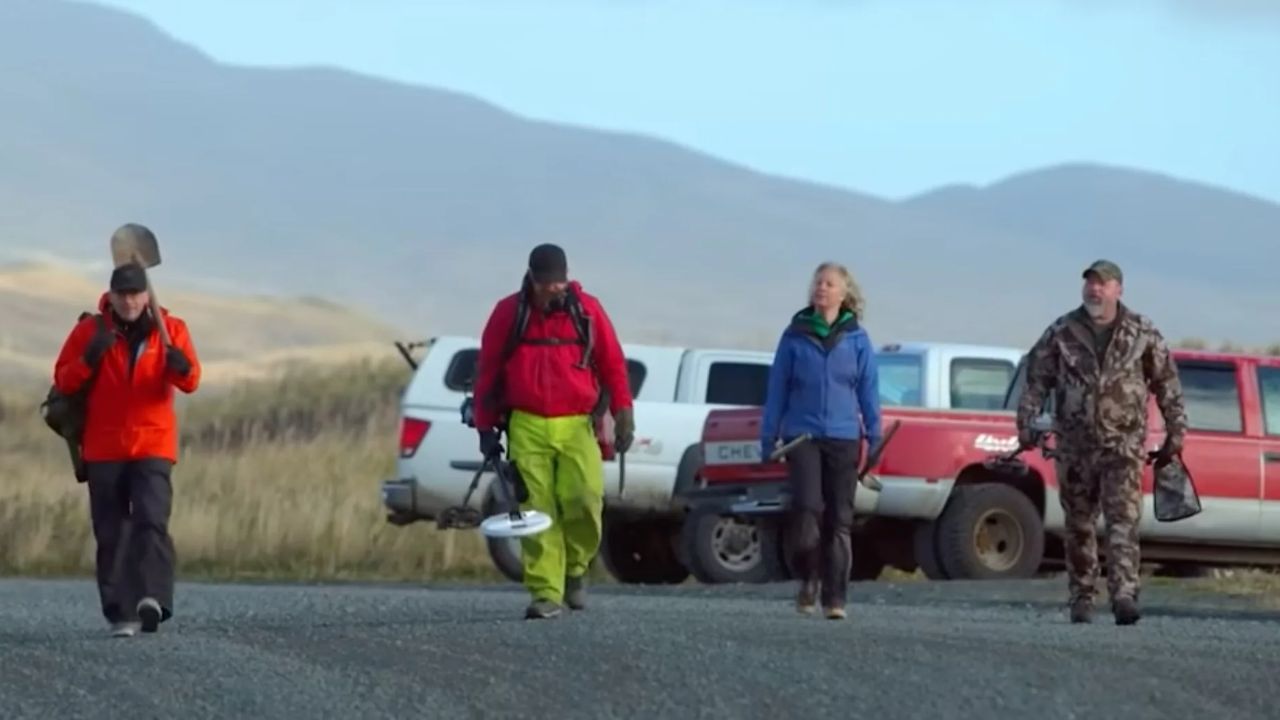 Approximately $365 million worth of gold is thought to be buried around Adak Island, which is so remote that it is located closer to Japan than the U.S. west coast. The reality series Pirate Gold of Adak Island on Netflix follows an elite treasure hunting team's attempt to find this gold.

When American naval forces raided the Russian seal poacher's fleet in 1882, Captain Gregory Dwargstof took the money with him and buried it. In the 140 years that have passed, a few tins of coins have been discovered; nevertheless, an effort is currently being made to locate the remaining containers, which could be worth hundreds of millions of dollars.

Previously, we touched on Season 2 of the show.

Each member of the expedition team is a specialist expert in a different area. We've seen how well they got along during their initial search for pirate Captain Gregory Dwargstof's treasure. Now, let's get to know about the cast members of Pirate Gold of Adak Island in detail.

Since Thomas "Thom" Spitler has lived in Adak his entire life, he has experienced the town in all of its highs and lows. In reality, he appears to have been improving his home for years, whether by leading the cleanup effort for the unexploded ordinance as a bomb disposal specialist or by participating in the search-and-rescue squad.

Thom Spitler hopes to permanently change this place, which is why he chose to run for mayor when the chance arrived more than ten years ago. He thus continues to hold the position of Mayor while also choosing to avoid attention. However, it is important to note that his tenure ends in October 2022.

Because of his father's profession in the transportation division of Douglas Island, technologist Brian Weed first became interested in exploration when he was just 12 years old. His enthusiasm for exploration has since not faded.

Brian soon became a jack-of-all-trades, demonstrating his worth by unearthing treasures all over the state as a cave explorer, treasure hunter, historian, and technology enthusiast. As a result, the Juneau native works as a photographer, ROV pilot, and traveler in Alaska presently. He is also a co-founder of Alaska's Hidden History, which was first established as Juneau's Hidden History in 2014.

Dr. M Jackson (@mlejackson) is a scientist through and through, holding a doctorate from the University of Oregon, serving in the Peace Corps previously, being a three-time US Fulbright Fellow, and being selected as a 2018 TED Fellow.

She has also traveled to Turkey, Iceland, and Zambia on business trips throughout the years, demonstrating that her analysis of landscapes to uncover their secrets is based on much more than simply academic understanding. The native of Eugene, Oregon, is currently a geographer, glaciologist, National Geographic Society Explorer, author, and new mother.

Jay Toomoth developed an early interest in treasure-seeking as a result of hearing stories of his grandfather being present during the 1940s discovery of the first can of pirate Dwargstof's gold while growing up in Adak. The legend was always on his mind, so when the opportunity arose to seek the gold again, he jumped at it.

Burke Mitchell (@burke_mitchell69), like his high school classmate Jay, became obsessed with the concept of discovering the gold coins at a young age despite the Navy's prohibition against digging because Adak was an operating base at the time.

According to what we know, the expert in heavy machinery has since made his home in Nevada, where he works as a hunter, seeker, wanderer, and history enthusiast whose love for the outdoors and Adak is simply apparent. He's a contented, healthy, and proud family man who frequently spends his days at home with his loved ones or outdoors in the great outdoors.

Apart from these 5 major cast members, there are a few other cast members as well who only appear in a few episodes of Pirate Gold of Adak Island. The rest of the cast members include Jeff Wilburn as narrator, Jack Peters, Bruce Schindler, Scott, Chris, Emmet, Lisa, Matt, and Kelly Turney.

Moreover, check out our previous article about if the show is fake or real.