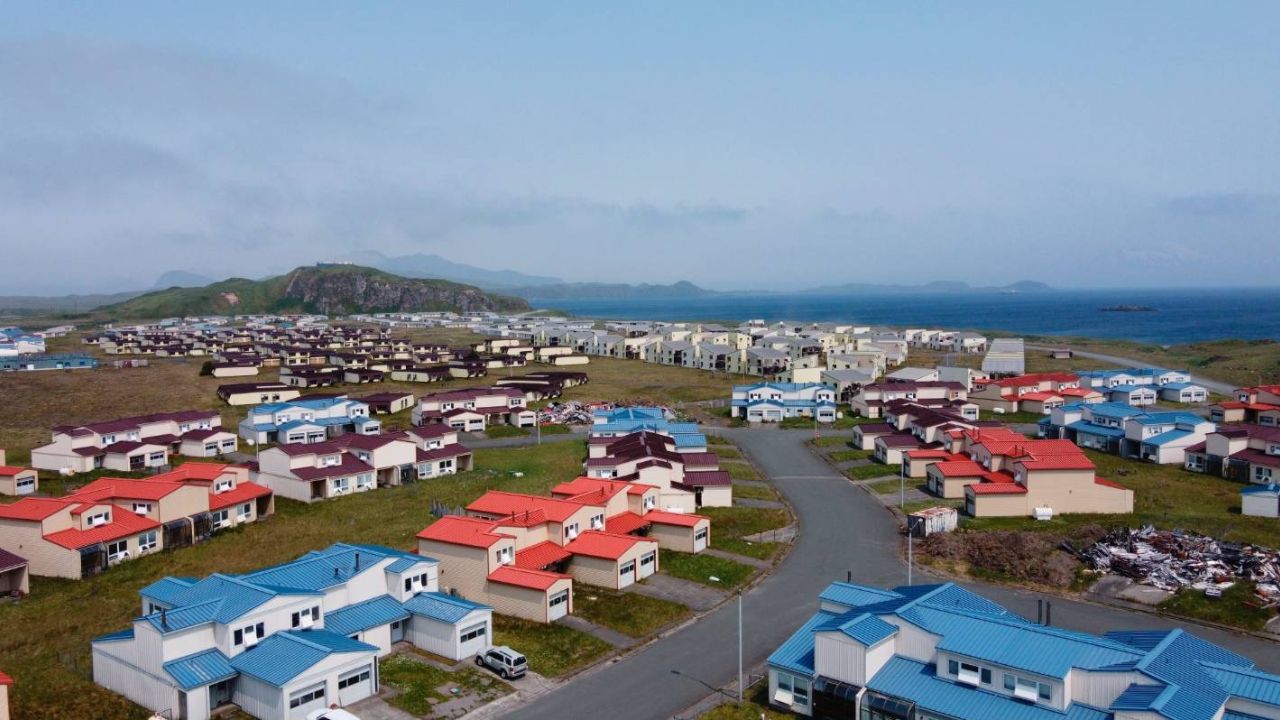 According to the 2020 census, the population of Adak Island is only a few hundred people. Adak is additionally vulnerable to powerful earthquakes, extremely low temperatures, and different weather patterns. Even after it was abandoned in 1997, the unexploded ordnance it left behind continues to have an impact on the area’s reputation. As of now, the U.S. Department of Interior owns the northern part of the island. Go through the article to learn more about the Adak Island population, including the Pirate Gold of Adak Island.

Approximately $365 million worth of gold is thought to be buried near Adak Island, which is far closer to Japan than it is to the west coast of the United States. The Netflix reality series Pirate Gold of Adak Island follows an expert treasure hunting team‘s attempt to uncover the gold.

When U.S. Navy Marines attacked the Russian seal hunter Gregory Dwargstof‘s fleet in 1882, he took the money into his ship and buried it there. In the 140 years that have passed, a few cans of coins have been discovered. However, efforts are currently being undertaken to locate the remaining cans, which might be worth hundreds of millions of dollars.

As the title implies, Pirate Gold of Adak Island is nearly entirely shot on or nearby Adak Island (sometimes called Father Island), which is located not far from the westernmost point of Alaska’s Aleutian Islands. Viewers want to know about its population if anyone lives there, and why is Adak Island abandoned. So let’s find out.

Adak Island Population: Who Owns The Island? Does Anyone Live There?

Adak Island in Alaska gained notoriety for serving as a military outpost during World War II. However, a pirate is alleged to have hidden 150 cans of gold coins worth more than $350 million years earlier. The documentary Pirate Gold of Adak Island on Netflix follows Adak’s mayor, Thom Spitler, as he works with a team of experts to search for these lost golds.

Adak, and its mayor, Thom Spitler, is banking on finding this treasure to turn things around. He has spent years assembling what he believes to be a skilled team of treasure hunters who can locate the remaining items belonging to Dwarf.

Burke Mitchell and Jay Toomoth, natives of Adak, are skilled tool makers, while Dr. M. Jackson is a geographer who is knowledgeable about the island’s past topography. Brian Weed is a technician who uses cutting-edge tools to uncover riches. On an island full of neglected and unexploded bombs buried underground, Spitler’s expertise in preserving order is useful.

Adak Island is not only located close to the westernmost point of Alaska’s Aleutian archipelago in the Erin Sea but it is also located closer to Japan than it is to the US west coast. That may have been one of the motivations behind its conversion into a military installation during World War II, but even after it was abandoned in 1997, the unexploded ordnance it left behind continues to have an impact on the area’s reputation. According to the 2020 census, the population of this particular piece of land is only a few hundred people.

According to Mayor Thom Spitler in the television series, there are also only about 45 people left in the hamlet. Some people still live there, and they all wish to see their community rebuilt because no meaningful improvements have been made over the years. Adak has faced its fair share of difficulties, Thom added.

I became mayor ten years ago to improve this community. This town won’t perish under my watch, not in a million years. We are searching for this treasure because of that.

Thom, a true-blue Adak resident, stated that finding the gold would help them fix up a lot of the crumbling infrastructure, revive the economy, and increase their population. That would encourage visitors to return. Therefore, if the treasure is ever found, 95% of it will be given to the island in its entirety, and the remaining 5% will be divided equally among the expedition team, of which the Mayor/bomb disposal tech is an essential member.

Russian explorers made repeated trips to the island in the 18th century, but they never settled there permanently. The island is surrounded by the Pacific Ocean to the south and the Bering Sea to the north. As of now, The U.S. Department of Interior owns the approximately 79,200-acre northern part of the island, which is managed by the Navy.

Adak is additionally vulnerable to powerful earthquakes, extremely low temperatures, different weather patterns, strong winds, and dense cloud cover, all of which can make it challenging to see even a few feet in front of you. Therefore, it should go without saying that this metropolis in Kuluk Bay, which covers a total area of 127.3 square miles, of which almost 120 square miles are land and the remaining about 5 square miles are water, is not for the timid.

The Netflix show also noted that there are no groceries, much of the area’s vegetation is tundra, and there is just one restaurant open nearby, indicating that there isn’t much population. Because of this, many inhabitants of Adak have moved away from the fact that the region’s overall population decreased from 326 in 2010 to 171 in 2020, according to the official Decennial Census.

What Does Tully Do to Kate in Firefly Lane? Why Is Kate Mad at Tully? Read More

Profile
Ali Skovbye’s Wikipedia: Age & Instagram of the Firefly Lane Cast!
Profile
Julia Haart’s Education: What Qualification Does She Have? My Unorthodox Life Update!
Reality Check
Haart Sphere Metaverse by Julia Haart: Her New Company Could Be the Face of Technology; Learn About Her New Startup/Business!
Profile
Meet Julia Haart’s Ex-husband, Yosef Hendler: Is He Married to His New Wife? What Is His Occupation/Job & Net Worth?
Profile
Julia Haart’s Diet: Know Why the ‘My Unorthodox Life’ Star Looks Too Skinny in Season 2!