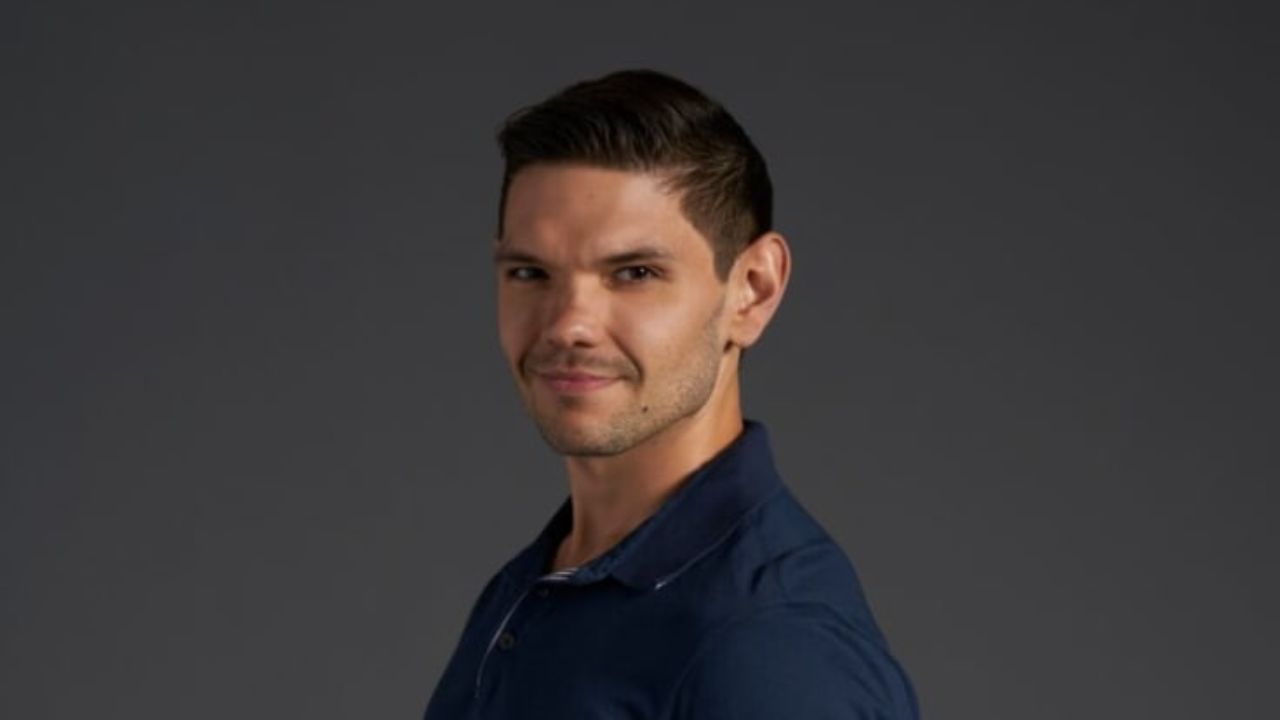 Kyle Abrams’ memes are the topic of curiosity amongst Love is Blind Season 2 fans. The 29-year-old glazier participated in the Netflix show, where he was treated like an option by Shaina. Taking this as an issue, the Reddit users made many memes dedicated to Kyle and Shaina’s relationship on Love is Blind.

The American reality dating show, Love is Blind Season 2 on Netflix has eventually come to an end. The show had 30 contestants searching for their compatible partner with whom they could get engaged on the show, and even get married.

Love isn’t that easy to get, and even though the show was about love and connection, only 12 people made it to getting engaged on the show, and some had to leave the show all alone.

With a total of ten episodes, Love is Blind premiered on 18th February and released the last ever episode on 25th February. Devoid of knowing how the other cast members looked, the contestants had to last their talking stage for ten long days, and then only, they could meet each other for the date.

Among all the contestants, Kyle Abrams confronted more ups and downs while he was casting on the show. He couldn’t find his ideal partner on the show, and even the person he paired up with, Shaina always treated him as an option.

Now that the show had ended, Reddit users are busy making memes on all the contestants, including Kyle, Shaina, Shayne, Nick, and of course the squinting one.

Reality shows have become the source of increased fandom for Netflix, and every now and then, we get to see varieties of reality programs. Recently, on 18th February, this streaming media released an American reality dating show, Love is Blind Season 2 which was completely different from all other reality dating shows.

The participants were supposed to fall in love with other cast members via only talking in the pods without even getting to see each other, neither virtually nor physically.

Kyle Abrams, the 29-year-old American guy, is glazier by profession. His main job includes fixing window glasses and doors. Kyle isn’t limited to this profession rather he is an avid animal lover and many of his Instagram posts are photos of his dogs.

His whole Instagram account feed is aesthetic carrying photos of animals, and beautiful landscapes and sunsets are all clicked by him.

Participating in Love is Blind Season 2 acted as a benediction, and today, Kyle Abrams has been rising to prominence. Although he didn’t find the love he craved, he definitely made a lot of memories in the show.

In Love is Blind, he paired up with Shaina (@shaina.hurley), not because she liked him but because her love ditched her, having no alternatives, and taking Kyle as the option, she partnered up with him.

Thus, taking this as a fuss, Reddit users have made several memes dedicated to Kyle and Shaina’s situation. All these memes are quite hilarious and have caught people’s eyes on Reddit.

Kyle and Shaina‘s relationship was limited only in the show, and after the shoot, Shaina completely cut off her ties with Kyle, and they never spoke again. However, a twist was seen when the reunion episode of Love is Blind Season got released.

In that particular episode, Kyle divulged that he regrets a lot about not making the connection with Deepti, and wishes to go back to the time, correct himself, and ask Deepti out.

While Kyle confessed his feelings, Deepti is yet to reveal what she feels, and she told that they both are figuring it out and are spending quality time with each other, making more memories, and getting to know more about each other.

Moreover, they posted a Tiktok video wearing matching outfits, both with white clothes, catching champagne, and enjoying their moment.

Seems like, pretty soon, they might reveal about their relationship, and looking at them, they are definitely gonna be the end game.