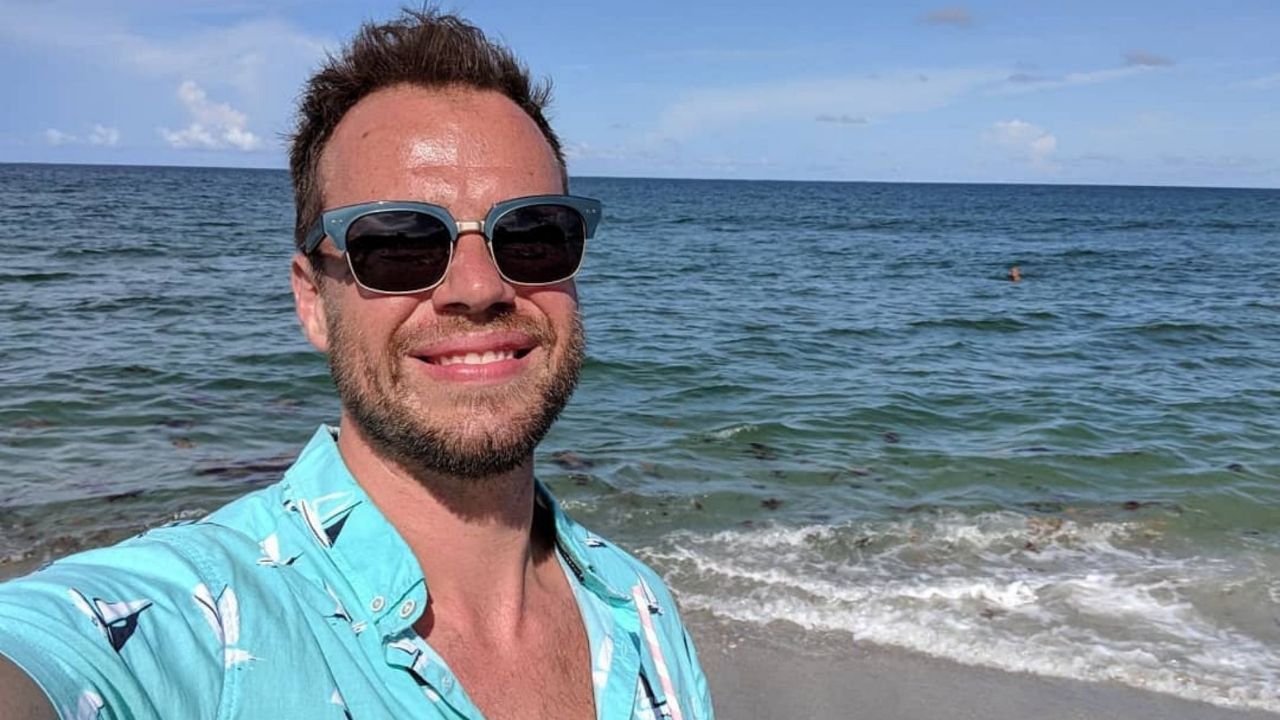 Netflix‘s new American reality dating show, Love is Blind Season 2 is extraordinary and has a total of ten episodes. Basically, this particular reality show is about the cast members meeting each other, talking to each other in the pods, and then meeting up for a date.

While in other love reality shows, the participants firstly meet each other, take that physical attraction in different levels, and then initiate the talk.

However, in Love is Blind Season 2, the contestants aren’t supposed to meet each other rather are confined to talking to each other devoid of knowing each other’s appearance.

Nick Thompson is one of the cast members from Love is Blind Season 2, and after he married in the last episode of the show, Nick has been rising to prominence, moreover, his photo has been used as a medium to create memes for literally randomly topics. Let’s get to know what the meme fuss is about.

Previously, we touched on Shaina’s and Shayne’s meme material, along with Kyle’s.

One of the eminent American reality dating shows, Love is Blind Season 2 was a platform for 30 singletons to find their ideal partners.

While love is something that comes to those who have in their fate, out of 30 people, only 12 people made it to getting engaged in the show, and out of those six couples, only two couples took their wedding vows on the last episode of the show.

Basically, the show was a social experiment, and the participants were kept under a test, the test of love. These contestants had to face to face the talking stage for ten days, and then they could meet their partners, eventually, deciding if they want to get engaged and then, go to Mexico for their retreat.

Nick Thompson is one of the popular cast members from Love is Blind Season 2. Thompson isn’t just confined to being a participant, rather he is one of those contestants who made it to marrying the love of his life in the show.

Professionally, he is a VP of Product Marketing who is often seen participating in various events for non-profit organizations. On this Instagram bio, Nick has claimed himself to be a humanist, and this word isn’t just limited to occupying his Instagram bio rather, Nick involves himself in several volunteering activities.

With the end of Love is Blind Season 2, Nick Thompson’s cast in the show has been a major source of meme for people on Reddit and Twitter. But people are literally creative enough to come up with the hilarious meme based on Nick and Danielle.

Since Danielle tends to start arguments even on the slightest thing, people targetted that issue and created many hilarious memes.

One of the memes elucidated that Nick blinks naturally, Danielle might take that personally because he didn’t take her permission before blinking his eyes. Not that Danielle will literally do that in the reality but she seems to have that personality.

Are Nick and Danielle Still Together?

Nick (@nthompson513) and Danielle (@dnellruhl) started their relationship by talking in the pods, and eventually made it to getting married on Love is Blind Season 2.

Shipped by many, they definitely looked adorable together. Although things went bad in Mexico, when Nick left Danielle when she was sick, and went to the party with other cast members, they kept aside their every rage and prioritized their love over everything.

Unfortunately, Nick and Danielle have parted ways, but even though they aren’t romantically together, they are still together but platonically. They both follow each other on Instagram and even like each other’s posts, so this acts as enough evidence to prove that they are on good terms.