Meet Julia Haart’s Ex-husband, Yosef Hendler: Is He Married to His New Wife? What Is His Occupation/Job & Net Worth? 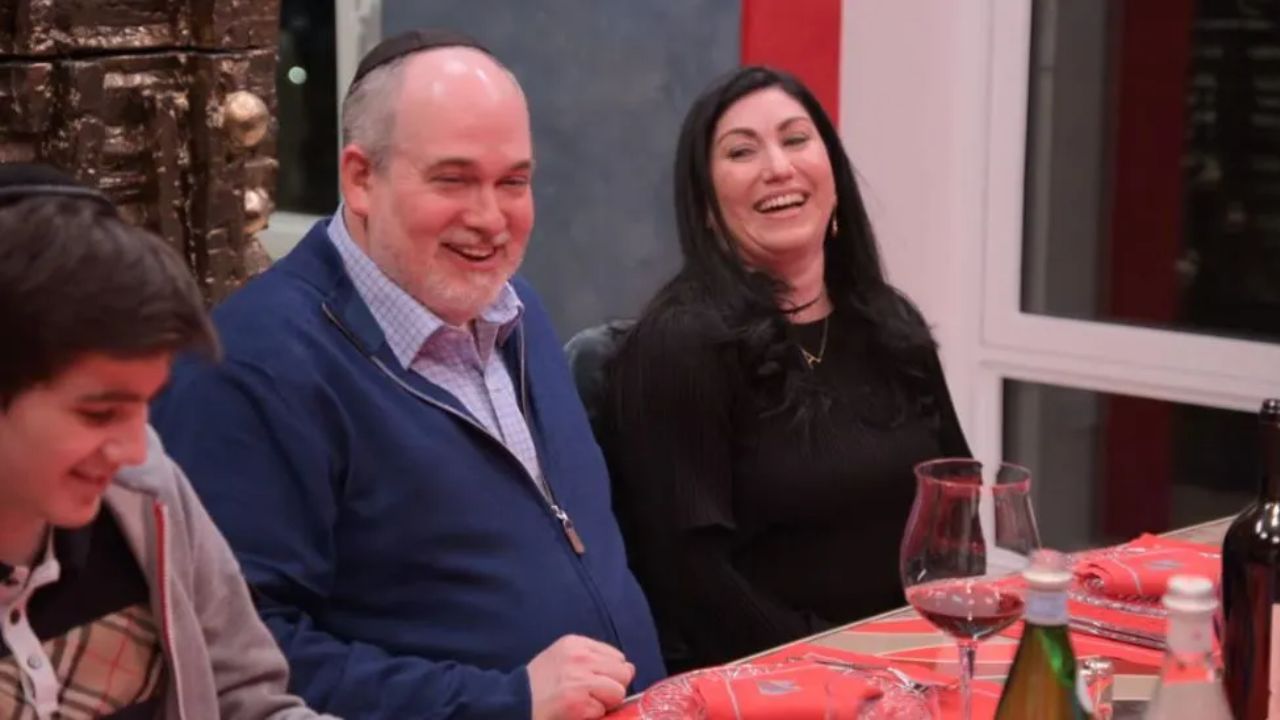 Yosef Hendler (Julia Haart’s ex-husband) is currently married to his new wife, Aliza Schulhof. However, he and Julia still have a good relationship as they co-parent their 4 parents. While Hendler’s job/occupation is still related to the ultra-orthodox Jewish community, his net worth has never been revealed.

My Unorthodox Life, a Netflix reality series, follows Julia Haart and the people she cares about. Julia had once been a member of an Ultra-Orthodox Jewish community, but she had left her life behind to escape the constraints and establish herself. She is currently one of the most well-known figures in the fashion business and works to improve the world.

Julia Haart never could have imagined that when she left her ultra-orthodox Jewish community in Monsey in 2013, she would find herself living a fantasy. After all, she had put in a lot of effort to become the co-owner and CEO of the modeling company Elite World Group until being fired suddenly in early 2022.

Additionally, she was previously married to Yosef Hendler, as viewers may be aware, but they split up when she left the neighborhood. Yosef and Julia still maintain a cordial connection and make an effort to assist one another whenever they can. You’ve come to the right place if you wish to learn more about Julia’s ex-husband, Hendler.

Also, have a look at Julia Haart’s diet and her education.

According to Distractify, Julia Haart and her ex-husband, Yosef Hendler, got married through an arrangement. Yosef was 24 and Julia was 19 at the time. Aron, Shlomo, Miriam, and Batsheva are the four children that the former partners have together. Despite their inability to maintain their marriage—Julia claims in the episode that “marriage was prison” and they seem to be happier as friends and have a wonderful co-parenting relationship.

While his net worth is yet to be revealed, Yosef’s job/occupation still belongs to the ultra-orthodox Jewish community. However, he seems to have a fairly modern perspective on raising children. One of his daughters said that she wanted to change her name, and he just provided her support. In the first season of My Unorthodox Life, Hendler explained,

Everyone has free will, so for you to choose a name that gives you a better feeling of where you are today, I’ll respect that. That’s fine. I love you. You’re my daughter.

The breakup of married couples may be heartbreaking. However, it softens the impact when both partners are able to move on and find happiness with new individuals, especially when children are involved. We’re all aware of the relationship status of Julia.

Yosef introduced Aliza Schulhof to his three eldest children as well as the audience in season 1 of the show. Since then, the two have been happily married, with the support of the entire family. The ceremony was planned by Aliza, an experienced event planner, and took place in August 2021. Yosef’s four children, Batsheva, Shlomo, Miriam, and Aron, were all in attendance and delighted to be a part of their father’s special day.

Even Ariella and Dovid Schulhof, Aliza’s children, were at the ceremony, completing their blended family. Since then, Yosef’s new wife has changed her name to Aliza Hendler and seems to get along well with Julia.

Aliza, like Yosef, had a divorce and has children from a previous marriage. Aliza and her ex-husband have a strong co-parenting relationship despite their divorce. So it’s simple to understand why Yosef and Aliza make a wonderful couple.

As a result, based on what we can tell, Yosef and Aliza are currently happy with their marriage. They are always willing to act as Aron’s parents and assist other family members when necessary. In reality, the couple defended Julia as much as they could when she was harassed by the media and authorities after being expelled from the Elite World Group in early 2022. Aliza continues to work as an event planner at the moment, making it apparent that she finds great delight in her family as well as her career and independence.

Is ‘My Unorthodox Life’ Scripted?

Given that ‘My Unorthodox Life‘ touts itself as a reality series, we must classify it as an unscripted documentary program. This performance is actually rather creative since it includes a central story and then follows it with a lot of passion, romance, and other elements that are thought to be necessary for an enthralling spectacle.

Returning to the main subject, however, Julia Haart makes several references to it and even declares that she wants to empower as many women as she can. She said that Julia wants to free women through her public persona and book, whether it is in the fashion business or elsewhere.

We must admit, though, that despite the cast members’ best efforts to be as genuine as possible in their feelings, behaviors, and points of view, there were times when it appeared as though their timings had been carefully planned to amuse and captivate the audience. Let’s face it, reality show producers frequently use this tactic to keep viewers interested, but it doesn’t make it fake.

Before leaving, check out what Haart Sphere Metaverse is and if her hair is real.