Joe Pucciarelli/Coach Pooch From Big Brother Season 24: The BB24 Cast Is Also a Football Coach in 2022! 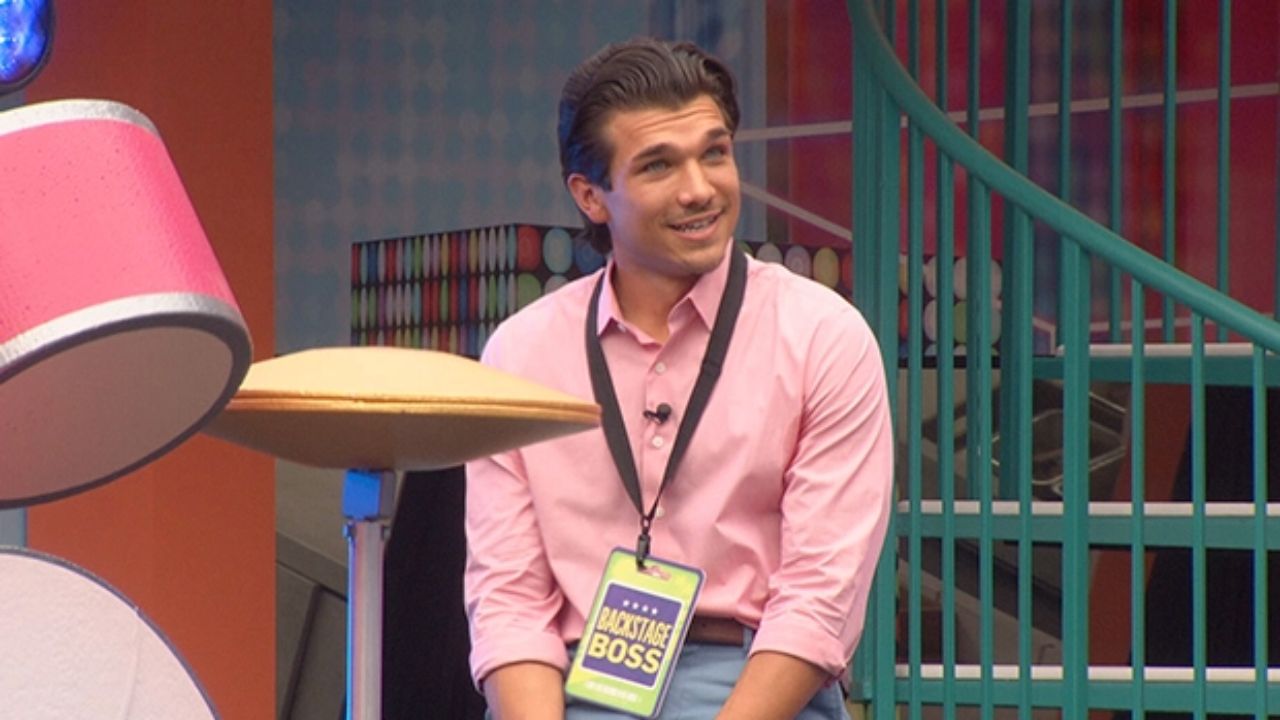 Joe Pucciarelli aka Coach Pooch is one of the cast members of CBS’ Big Brother Season 24. The 24-year-old is also a football coach as of 2022. Joe is also the one who got the Backstage Boss ticket on the CBS show. Follow the article to know more about Joe “Pooch” Pucciarelli, including his Instagram handle.

The 24th season of Big Brother‘s 24/7 coverage is back on CBS. In order to escape being nominated and subsequently kicked out of the house, the housemates will encounter extraordinary challenges, close-quarters scheming, and game-changing powers each week.

The first episode of BB24 premiered on July 6, 2022. The cast of this season features a Las Vegas performer, a chef, a hypnotherapist, a personal stylist, and many more. They start dealing with numerous new twists on premiere night. There are 113 microphones and 94 HD cameras in the house this season.

One of the 16 Big Brother season 24 houseguests who is getting a lot of attention since the first episode premiered is Joe Pucciarelli. As a result, many viewers want to know more about him. Well, here is everything we know about  Joe Pucciarelli.

Who Is Joe Pucciarelli/Coach Pooch From Big Brother 24? The CBS Cast Is Also a Football Coach!

Joe Pucciarelli (@poochiemaneee), also known as Coach Pooch, is a well-known television personality and an assistant football coach from Staten Island, New York. As of 2022, Pucciarelli will be 24 years old. He was born on July 1, 1998.

Joe “Pooch” Pucciarelli was born to Nick Pucciarelli, his father, and Laura Pucciarelli, his mother, in Staten Island, New York. Brothers Nick and Anthony are Coach Pooch’s two siblings. He is one of the youngest houseguests on Season 24 of the CBS reality series, Big Brother.

Joe Pucciarelli, aka Coach Pooch, coaches football. His football career was cut short by several surgeries and injuries. He made the decision to give up playing and start a coaching career after that. He went as a student assistant from Stevenson University to Florida Atlantic University (FAU). Pucciarelli joined FAU in the summer of 2018, and in August of 2020, he was promoted to defensive graduate assistant after working on the defensive staff that changed the defense in 2019.

Joe Pucciarelli is also the one that got the Backstage Boss ticket on the CBS show. Later, Julie clarified that due to Pooch’s position as the Backstage Boss, he is not permitted to vote or participate in any events during the first week. But his safety is guaranteed.

But the twist doesn’t stop there. Pooch picked three additional Big Brother 24 contestants to accompany him backstage as the Backstage Boss. He chose Brittany Hoopes, Alyssa Snider, and Paloma Aguilar. They also cannot vote or compete, like Pooch, but that doesn’t mean they are safe.

Julie announced to the audience at the end of the premiere that they would be able to choose to defend Paloma, Alyssa, or Brittany. Online voters can choose one of them.

Big Brother is withholding several elements of the Backstage Boss twist from viewers. But Big Brother 21’s Kat Dunn shared her thoughts on how the twist might pan out this week. She tweeted, “ok so this makes perfect sense in my head but im not sure how its gonna translate to text so bear with me- start with what we already know: the backyard boss picks 3 people who arent able to be nommed yet still aren’t safe from eviction, and one will saved by a fan vote #bb24″

The Backstage Boss twist will, unfortunately, not be revealed to Big Brother fans until the next night. Daniel Durston, the first HOH winner, will probably nominate two house guests for eviction in episode 2. What else will be included in the hour is still to be decided.