Is Steve Hyde Mentioned in That ’90s Show? What Happened to Danny Masterson’s Character? 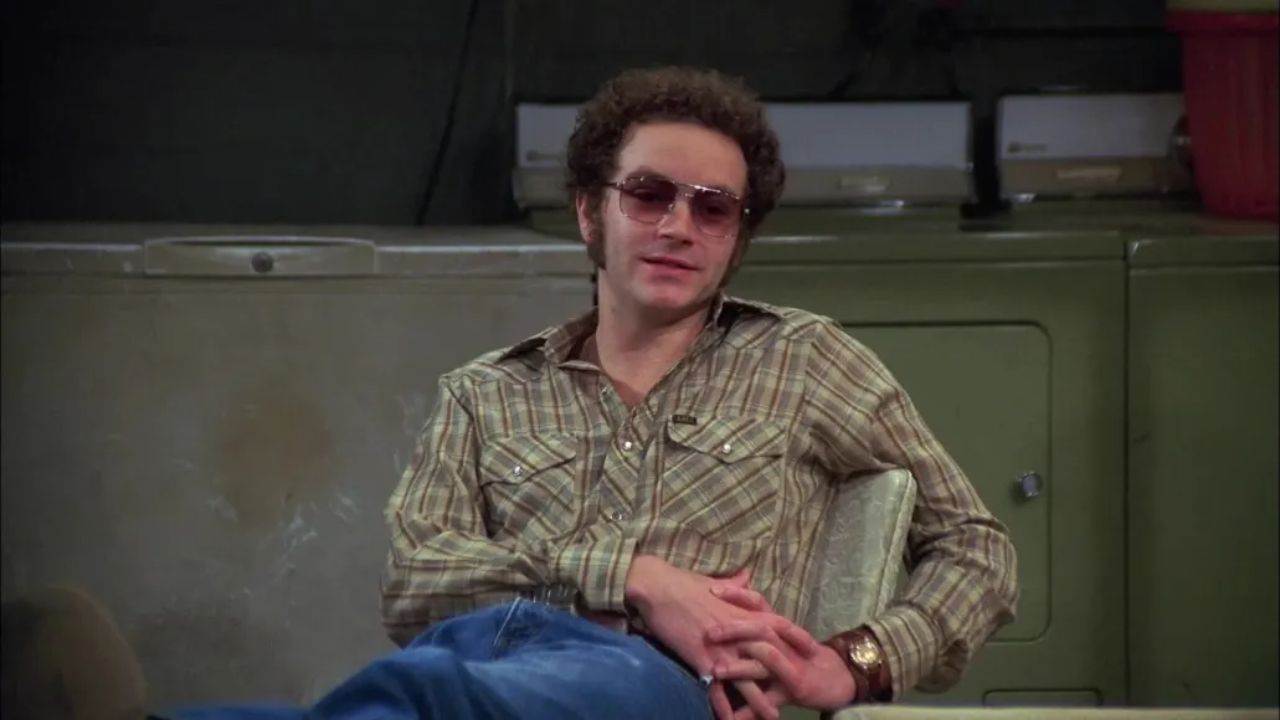 On January 19, Netflix released the vintage comedy That ’90s Show, a sitcom that also stars cast members from the throwback smash that inspired it, That ’70s Show. The new iteration of the sitcom features a new group of youngsters in Point Place, Wisconsin,  including Donna and Eric’s daughter, Leia (played by Callie Haverda), Kelso and Jackie’s son, Jay (played by Mace Coronel), Gwen, Brooke, Ozzie, Nikki, and Nate.

While many of us are aware why Danny Masterson is currently not seen on the screen, many fans have been wanting to know if his character, Hyde, is mentioned in the spin-off. Well, let’s find it out.

That ‘90S Show: No, Steve Hyde Is Not Even Mentioned in the Show Because of the Rape Charges Made Against Danny Masterson!

It could be a bit upsetting for the fans that Danny Masterson (@dannymasterson) did not repeat his role as Steve Hyde in That ’90s Show given that Hyde was one of the key characters in That ’70s Show. Additionally, his character is not even mentioned in the spin-off. The reason for this is because of the charges made against the actor.

In 2020, he was charged with three charges of rape by force or fear. He allegedly committed three separate rapes at his Hollywood Hills home, one in 2001 and two in 2003. Two more allegations of sexual assault against Masterson were reportedly not brought up because one lacked “adequate proof” and the other was “based upon the statute of limitations of the offense claimed,” according to ABC7 News.

After being arrested, Masterson was eventually freed after posting $3.3 million in bail. In each of the three instances, he has defended his innocence. He may spend up to 45 years behind bars if proven guilty of the accusations.

A mistrial was declared on November 30, 2022, since the jury’s decision on the actor’s accusations was “hopelessly deadlocked.” The District Attorney’s office confirmed in a statement that Masterson will face the same charges again. The status conference in court is scheduled for February 16th.

Netflix will keep a distance from the Steve Hyde actor, at least until a decision is made since the matter is still pending. The actor and the streaming service have worked together on programs including Easy and The Ranch. After the claims were made public in 2017, Netflix killed out the role played by Masterson in the show in which he co-starred with Ashton Kutcher in That ’70s Show. According to Netflix’s statement to Entertainment Weekly, “As a result of ongoing discussions, Netflix and the producers have written Danny Masterson out of The Ranch.”

Masterson claimed he was innocent of the charges and expressed his disappointment at Netflix’s choice to knock off his character. Masterson, naturally, did not receive an invitation from the streaming site while the rest of the primary cast did. The actor called it “the dopest thing I’ve heard in a decade” in response to the announcement that co-stars Kurtwood Smith and Debra Jo Rupp will be reprising their roles in the new spin-off.

It will be interesting to watch how the jury rules for Masterson as a new trial is scheduled to start in March. However, even if he is cleared, there is very little probability that he will play Steve Hyde again. Netflix has the last say on whether or not Masterson will make a comeback, but given how quickly they responded to the claims against him, they may not want the drama surrounding the actor to distract from their new series.

In any scenario, That ’90s Show will center on a brand-new plot and a unique ensemble of characters, with occasional appearances from the cast of That ’70s Show. We may assume that Masterson won’t be included in the Netflix series unless there is a compelling case for Hyde’s comeback.

Therefore, the new season simply made no mention of Hyde dealing with his disappearance. Instead, the first episode concentrated on a new generation of characters as Red and Kitty Forman’s house once again became the place-to-be for neighborhood youths, in between a few cameos.