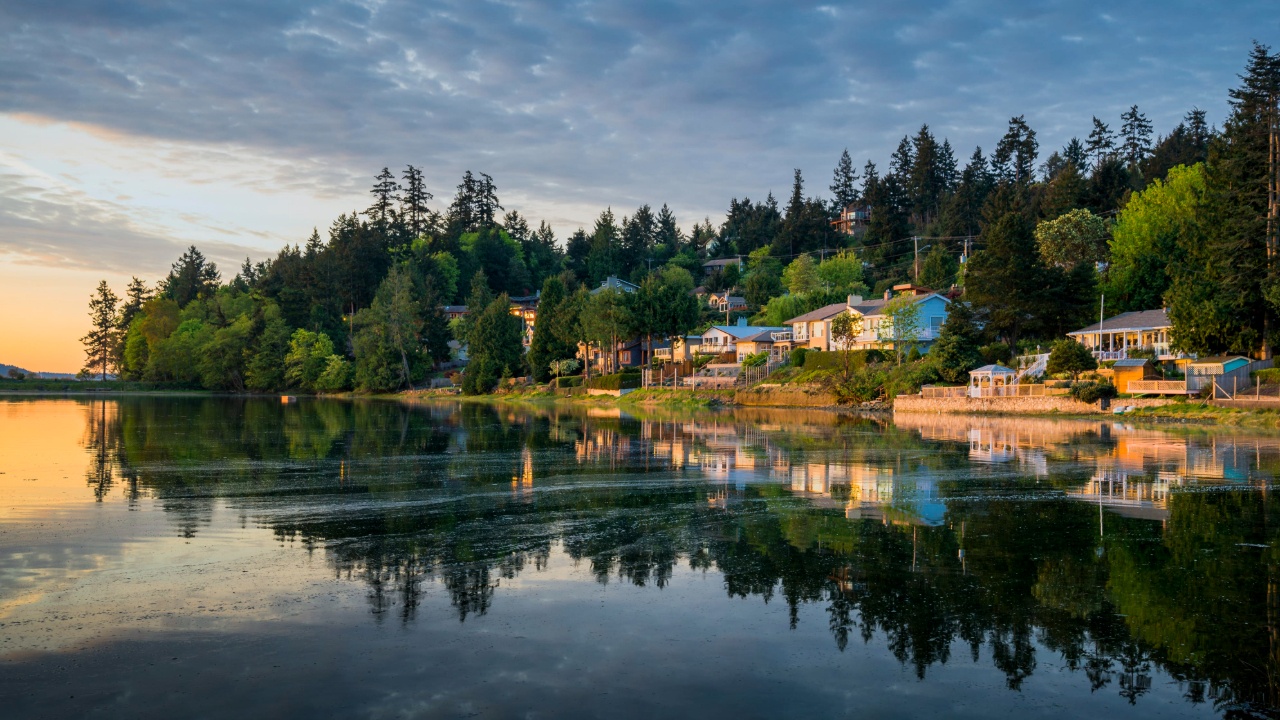 Maid, modeled on Stephanie Land‘s 2019 autobiography Maid: Hard Work, Low Pay, and a Mother’s Will to Survive, premiered on Netflix on 1st October 2021.

Margaret Qualley plays Alex, a young mother going through the hardships and challenges of abandoning an abusive relationship while also raising her little kid.

Throughout its ten episodes, the show focuses on a variety of settings, yet each seems to emphasize Alex’s loneliness and harsh reality. Having said that, where is Fisher Island? Here’s the lowdown on where the show was filmed.

Stephanie Land’s memoir is set in Port Townsend, Washington, while the latest Netflix drama Maid is based north of Seattle, often revolving around Fisher Island (albeit the filming location was, in reality, Vancouver Island).

As a matter of fact, the series was not filmed in the United States at all, most likely due to COVID-19 constraints in place when production started in September 2020. The bulk of the show was filmed in Greater Victoria, British Columbia, Canada.

According to reports, shooting started in and around Colwood, then relocated to neighboring Langford. Because the series frequently displays Alex going to different places, a range of routes, highways, and terminals are employed to portray her journeys.

Sidney Pier, the Swartz Bay ferry terminal, and the Great Canadian Dollar Store are among the most easily recognized locales in the drama.

Where is Fisher Island in Washington?

Willow Grove is located immediately upstream and partly touching the Slough. Hump Island is an artificial island on the southern side of the island. Fisher was acquired in 1997 by the Washington Department of Fish and Wildlife and Ducks Unlimited from Lloyd Ewing, who had resided there since the 1940s.

This particular location is a popular breeding location for ducks and other species. More than 100 great blue heron nests may be found on the island, which is also frequented by bald eagles, ducks, and geese.

Meanwhile, is the Fisher Island on Maid Netflix the actual island in Washington? Well, a fan on Twitter seems to be doubtful as he claims there is no ferry access in the actual Fisher Island.

Fictional town names aside, I still have more questions about where this is supposed to be. They mentioned her taking a ferry to Fisher Island but that’s here – clearly no ferry access – so not southwest WA. pic.twitter.com/JFsVJioTGC

The Twitter user reckons the island on the show is supposed to represent Vashon Island in Washington State, which makes more sense to the story. Therefore, for some unspecified reason, they did not use the real name of the island on Maid Netflix.

Before you leave, meet Danielle aka Aimee Carrero plus Nate actor Raymond Ablack.