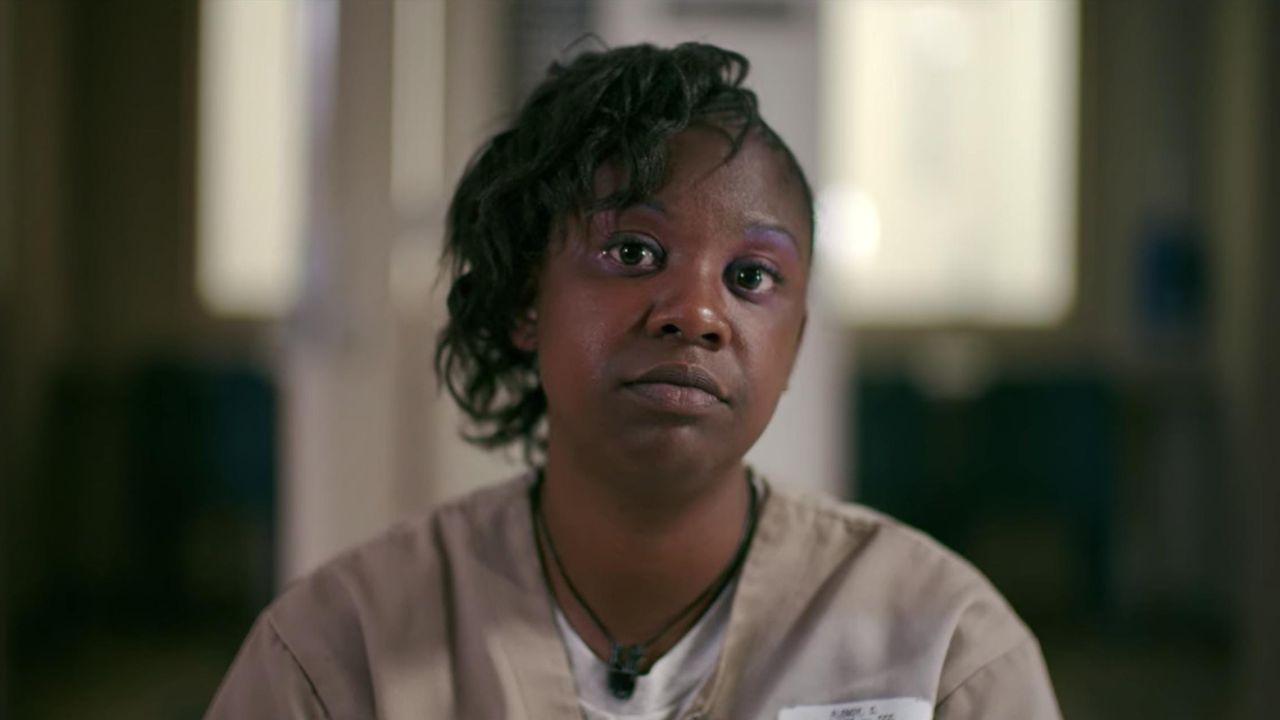 Cavona Flenoy, from Netflix’s I Am A Killer, is a criminal who is 32 years old as of 2022 and is yet to be featured on Wikipedia. As of now, she is still in prison and will not be released until 2036. She had a son at the age of 17. A Kansas City native, Flenoy killed Hassan Abbas, who tried to r*pe her. Some Reddit users want justice for Cavona Flenoy after watching her story as it was a case of self-defense rather than murder, and some seem to be glad she lost her appeal. She did write notes, which made her guilty.

Each Netflix episode of I Am A Killer, features a convicted murderer who is either facing the death penalty or life in prison, speaking candidly to the camera about their role in the murder. Perhaps at first glance, this method seems simple: give the prisoner agency and let them speak for themselves. That has some merit, but there are also other elements at work that are less appealing.

In the Missouri Chillicothe Correctional Center, a 32-year-old woman named Cavona Flenoy was reported as being under the jurisdiction of the department of corrections. As viewers are aware of her crime, they want to learn more about her. Here is everything you need to know!

Cavona Flenoy From Netflix’s I Am a Killer Is a Criminal Who Is Now Still in Prison and Is Yet to Be Featured on Wikipedia!

Cavona Flenoy, from the Netflix show I Am A Killer, is a criminal who is now still in prison and is yet to be featured on Wikipedia. She was born on May 1, 1991, in Kansas City and is 32 years old as of 2022. She was raised by a black mother. Everything deteriorated when she started middle school and began a sexual relationship with a boy.

When she gave birth to her son, she was 16 years old, almost 17. For her, that was the most lovely thing because she believed her son would be the only man who, most likely, wouldn’t harm her in life. Cavona Flenoy reasoned that if she couldn’t defend herself, how could she defend her son and find a boyfriend for herself, believing that he would defend her?

But that was also not a good idea. Her boyfriend’s mind kind of snapped when she started smoking and drinking with her. He used to hit me and act violently toward her. Cavona Flenoy bought a gun from her cousin at that time.

Cavona Flenoy, then 19 years old, left her Kansas City, Kansas home on March 9th, 2010 to meet up with a man named Hassan Abbas and go on a first date with him. As he had stated, he had just finished work and wanted to freshen up, so he picked her up and drove her to his place. He lived in Platte City, Missouri, 20 miles north of Kansas City.

Over state lines, Hassan allegedly offered Cavona a huge glass of Hennessy and some PCP inside his home. She embraced his invitation. Then, according to her, he took a shower. But when he came back, he was completely naked. He asked for s*x. She shot him when a fight broke out and she refused. After a day, Cavona was arrested.

Platte County Police utilized a time-tested tactic during her police interrogation that is criticized in some quarters but is not unlawful in any manner. The officer leaves the room while a conversation is still in progress. They leave a notepad and pen behind and advise the suspect to write a letter to someone or jot down notes or draw.

Then, they search the pad for any information that conflicts with their suspect’s official account and use it against them to strengthen their case. She might avoid court and receive a 10-year sentence if she accepted the offer of second-degree murder and acknowledged guilt. The possibility of disclosing her PTSD, past r*pes, and abuse Cavona Flenoy, who lacked the right legal representation and was mentally unstable, entered a plea.

She was given a 25-year prison term on January 21, 2011, for second-degree murder and other offenses related to the shooting. She will be eligible for release in 2036. She remains in prison at the right moment. Many Reddit users want justice for her after watching her story on Netflix because it was a case of self-defense rather than murder, and some seem to be glad she lost her appeal.