Who Is Allie Lutz From Buying Beverly Hills? Husband, Wikipedia & Net Worth of The Agency’s Realtor! 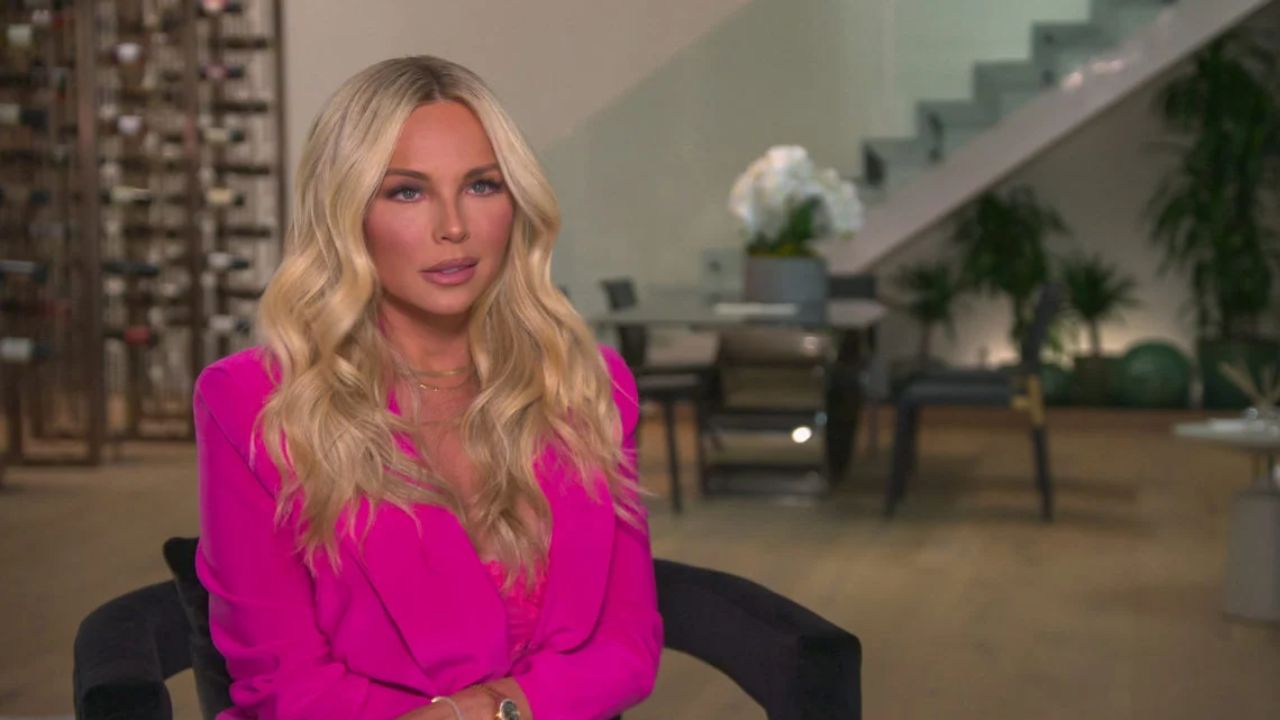 Allie Lutz, one of the cast members of Netflix’s Buying Beverly Hills, started working as a Managing Partner in The Agency in 2015. She currently works in the company as Senior Agent. Additionally, her net worth is estimated to be around $7.5 million. Talking about her personal life, she is married to her husband, Keegan Rosenberger, and the couple has three children together. Follow to know more about Allie Lutz with her complete Wikipedia.

There is a new real estate TV soap in town, so Selling Sunset can step aside. Netflix‘s Buying Beverly Hills explores the world of opulent real estate in Los Angeles and stars Mauricio Umansky, a cast member of Real Housewives of Beverly Hills, and two of his daughters, Farrah Brittany and Alexia Umansky. Umansky is featured as the head of the brokerage firm The Agency on Buying Beverly Hills after being first introduced as Kyle Richards‘ husband on RHOBH.

The reality show provides us with a glimpse into the agents’ personal lives in addition to their professional ones as they deal with various types of drama, both romantic and emotional, outside of work. Mauricio Umansky, Alexia Umansky, Farrah Brittany, Ben Black, Sonika Vaid, Melissa Platt, Joey Ben-Zvi, and Allie Lutz Rosenberger are among the cast members in the Just Entertainment Spoke Studios-produced series, along with other company employees and those associated with the Umansky family.

Due to the high-profile nature of their field, real estate experts like Allie Lutz Rosenberger have found their fair share of popularity. Of course, the Netflix show also has helped her gain even more fame. As a result, many viewers have been seeking more information about her. Well, we’ve got you covered.

Allie Lutz From Buying Beverly Hills: The Senior Agent in ‘The Agency’ Is Married to Her Husband, Keegan Rosenberger; Complete Wikipedia & Net Worth!

Allison Lutz Rosenberger aka Allie Lutz, now 37 years old, was born to her parents in Orange County, California, in the United States on August 17, 1985. Her mother’s name is Sharon, and her father, Bob Lutz, is a former tennis player. Samantha, aka Sammy, is Allie’s younger sister. Childhood was beautiful for the California realtor because she lived in the home of a professional athlete.

Her early understanding of the value of a strong work ethic, perseverance, and competitive spirit was influenced by her father’s achievements. She was the sharpest student in her class and consistently received As in school. She received exceptionally strong grades while pursuing a Bachelor of Science (B.S.) in health promotion and disease prevention at the University of Southern California.

Due to the nature of her father’s profession, Allie Lutz (@allielutz) also had the opportunity to travel widely, which helped her forge many important relationships. Additionally, it improved her capacity for working with individuals from various backgrounds and her communication abilities.

Allie began working for Gussman Czako in August 2013 and spent around two years in the luxury sales department. The California native later joined The Agency as the Director of Estates in July 2015.

In August 2015, Allie even took the Managing Partner position at The Agency for South Bay. She is currently a Senior Agent for the company and has a solid network in the Los Angeles region. As a long-time resident of the City of Angels, Allie has extensive knowledge of the area, which is one of the main factors in her success. Her decade-long residence in the affluent Bird Streets area of Hollywood Hills, Los Angeles, California, added to her familiarity with the area’s homes.

The realtor takes great delight in meeting her client’s needs and protecting their privacy to the greatest extent possible. She is also very passionate about charitable endeavors and frequently travels to other areas to bring essentials like clean water and education.

Allie Lutz is also a member of The Women At The Agency and the Adopt Together family board in addition to making substantial gifts. Additionally, she has experience working with institutions like World Vision, the Nkhoma CCAP Hospital in Africa, and a Mexican orphanage for deaf children.

Allie has acquired an astounding amount of fortune as a result of her long career in the real estate sector. Furthermore, a Managing Director at a business like The Agency is probably paid roughly $250,000 annually. In light of all of these variables, The Cinemaholic calculates her net worth to be approximately $7.5 million.

Talking about her relationship status, Allie Lutz is married to her husband Keegan Rosenberger, the CEO and co-founder of Cavalry Media, a film, television, and podcast production firm. According to sources, the couple began dating in 2015 and got engaged in 2016. They later married in front of their loved ones. The three adorable daughters that Lutz and her husband have are Scottie, Teddie, and Georgia.