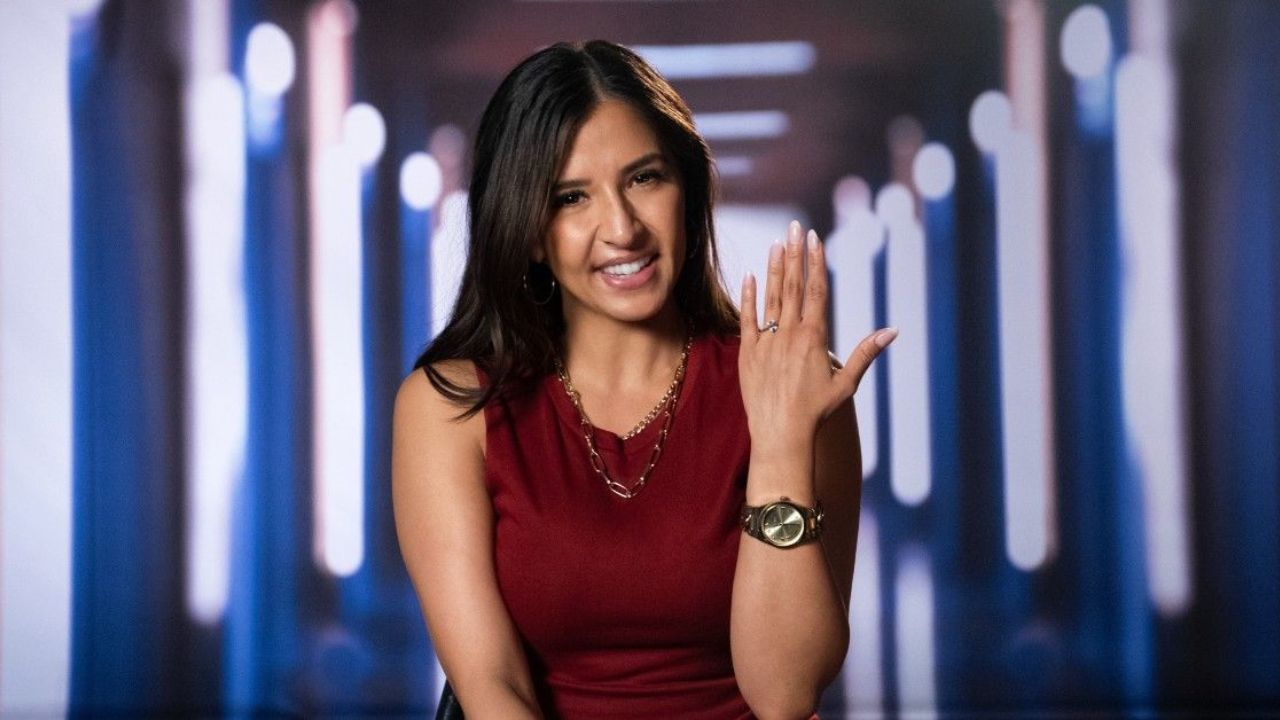 Zanab Jaffrey, one of the cast members of Netflix’s Love Is Blind Season 3, is of Indo-Aryan ethnicity as she has Pakistani ancestors. However, the 31-year-old was born in Irvine, Scotland, on March 31, 1990. Similarly, she moved to the US when she was in fifth grade and currently lives in Dallas, Texas. Find more about her with her Instagram handle (@zanabjaffrey).

Despite popular belief, it is possible to fall in love with someone without ever seeing their face. That’s what Netflix wants you to believe, at least. Love Is Blind, the reality show, where contestants choose the perfect partner based solely on their voice and personality, was created by the streaming giant as it is attempting to assist singles in finding true love with the project.

The streaming service has returned with a new season of the popular show, maybe pushing the idea of blind dating too far. The third season of Love Is Blind premiered on Wednesday, October 19, 2022, with four brand-new, drama-filled episodes ready for fans to devour. It exposed the viewers to 30 fresh singles including who were all yearning for true love.

Viewers witnessed Zanab Jaffrey and Cole Barnett connect throughout the first four episodes, and they ultimately decided to become engaged. Zanab may undoubtedly be thought of as a fascinating contestant right now as the couple explores the boundaries of their new bond. She calls herself a “picky AF” dater and was upfront about her priorities right away. Since she has been gathering a lot of attention, people seek more information about her. Well, here is everything we know about Zanab, including her ethnicity.

Previously, we touched on the success rate.

Zanab Jaffrey’s Ethnicity: The 31-Year-Old Cast From Love Is Blind Is Indo-Aryan as She Has Pakistani Ancestors; Find Her on Instagram!

Despite having Pakistani ancestry, Zanab Jaffrey (@zanabjaffrey) was born in Irvine, Scotland, on March 31, 1990. Yes, she is of Indo-Aryan ethnicity. She was in the fifth grade when her family immigrated to the US, and she grew up in the Dallas-Fort Worth Metropolitan Area. The Love Is Blind cast has a sister who is eight years older than her and resides in England. Her parents divorced when she was a small child, and when she was 13 years old, she lost her father while water skiing in Lake Worth.

Returning to the boat, Zanab’s father reportedly had back pain; however, after dispatching medical assistance to treat him and bring him to the hospital, he ultimately passed away. After that, Beverly, her beloved stepmother, was granted legal custody of her. Through Beverly, she also has a stepbrother by the name of Ryan.

Similarly, the reality star’s mother died at the age of 18 from brain tumors; although the tumors were benign and not malignant, they did not respond to chemotherapy and spread, eventually killing her.

In 2008, Zanab enrolled at Tarrant County College, where she graduated in 2011 with an Associate of Arts in General Studies. There, she also joined the Phi Theta Kappa Honor Society. From 2012 to 2014, she studied at the University of Texas in Arlington, where she received a Bachelor of Arts with a focus on Public Relations/Image Management.

Zanab currently resides in Las Colinas, a planned community near Irving, Texas. She has volunteered at Three Square Food Bank and helped with Bagged Groceries since June 2014. Furthermore, the 31-year-old also likes to read and exercise. She enjoys spending time with her family, cooking, and traveling.

In the show, the Love Is Blind star mentioned how she never experienced harassment while working as a flight attendant. Because Zanab works as a flight attendant for American Airlines, her Instagram is complete travel motivation (warning: avoid seeing her page if you don’t want to experience intense wanderlust).

Talking about her journey in the Netflix show, she got connected with Cole Barnett. Given that they both work as realtors, it is not surprising that the couple connected right away. Early on in the series, 27-year-old Cole and ballet dancer Colleen Reed grew close. He did, however, later establish a more profound bond with Zanab and Colleen connected with Matt Bolton.

Cole revealed to Zanab that he had a temporary marriage when he was younger as they discussed personal matters. That, he continued, has given him a deeper knowledge of the qualities he values in a partner. Cole got down on one knee and proposed in the pod, which brought the couple together in person and resulted in their sharing a kiss. It appears that Zanab must have found what he’s looking for. However, the couple did fight at the conclusion of episode 4, but we’re hoping they can mend fences in the upcoming episodes!

Before leaving, find out about Love Is Blind Season 4 casting call.