Yusra and Sara Mardini From The Swimmers: Meet the Sisters on Instagram and Know Their Age, Parents, and Story! 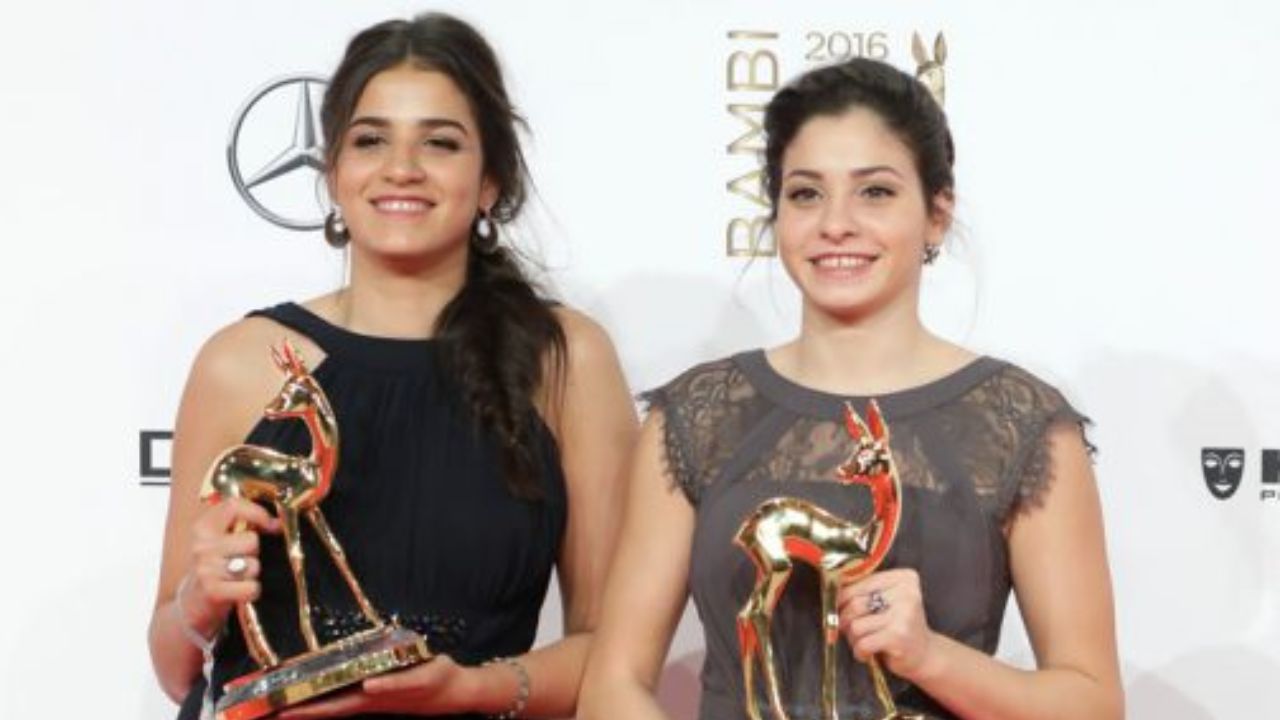 Yusra and Sara Mardini from The Swimmers are two sisters who left their war-torn native Syria to reach Europe and secure safe passage for the rest of their family as refugees. Yusra and Sara, 24 and 27, are the children of their parents, Mother Mervat and Father Ezzat. Both sisters are active on Instagram under the handles (@yusramardini) and (@sara_mardini963). The Netflix movie has detailed their story, facts, and a summary in detail.

The Netflix biographical film The Swimmers focuses on the lives of Yusra and Sara Mardini, two Syrian swimmers who aspire to compete in the Olympics in the future. Yusra and Sara are aware that the Syrian civil war puts the lives of their kin in jeopardy, so they must depart for Germany. To cross the Aegean Sea into Europe, they journey to Turkey with their cousin Nizar Mardini.

Sara, Yusra, and several other refugees can make it to Greece, where the sisters begin their way to Germany. Once Yusra and Sara have completed all of the necessary papers, they tried to invite the rest of the family over. Planned things, however, don’t always go as hoped, and the Mardini family may have to postpone their reunion. You are in the appropriate location if you want to learn more about them and their story.

Yusra and Sara Mardini From The Swimmers: Meet the Sisters on Instagram Who Left Their War-Torn Home Country of Syria; Learn the Summary of Their Incredible Story Along With All the Facts!

The Netflix biographical film The Swimmers focuses on the story of Yusra and Sara Mardini. Given their exceptional swimming abilities, Sara and Yusra were instrumental in saving the lives of 18 other refugees when their overloaded dinghy started sinking in the Aegean Sea. To get everyone to safety on the Greek island of Lesbos, the pair spent hours swimming while they were still connected to the boat.

The Mardini family, which consisted of Sara, Yusra, and their parents; their mother Mervat, a physiotherapist; and their father Ezzat, a swim instructor, resided in Daraya, a neighborhood of Damascus, Syria. Syrian swimmer Yusra Mardini, 24, resides in Hamburg, Germany, right now. She participated in the Rio de Janeiro 2016 Summer Olympics as a member of the Refugee Olympic Athletes Team (ROT), which represented the Olympic Games. She also participated in the Tokyo 2020 Summer Olympics as a member of the Olympic Refugee Team (EOR).

Sara Mardini was born in 1995 in Damascus and is 27 years old. She was a professional swimmer, like her sister Yusra, and she went to law school as her family’s life was in danger due to the Syrian civil war. She traveled to Germany with Yusra when she was 20 years old. Sara and Yusra flew to Istanbul, Turkey, and from there boarded a boat to Greece.

The little boat began to sink due to its overcrowding. Sara, as a certified lifeguard, had to seemingly prioritize the lives of others, which caused her to step out of the boat into the sea to stabilize the same situation. Yusra joined Sara, and the two sisters swam to the Greek island of Lesbos, where they started their trek to Germany. Sara and Yusra eventually made Berlin their home.

Sara had to quit her professional swimming career, apparently owing to a shoulder injury, but her sister continued to train in swimming as she pursued her dream of becoming an Olympian. Sara went with her sister Yusra to the 2016 Rio Olympics to encourage her sister. The rest of their family has stayed out of the spotlight while Yusra and Sara have gained notoriety for themselves through their efforts in humanitarian relief, particularly by supporting the cause of refugees.

Understandably, the family wants to live quietly and calmly right now, given the difficult circumstances that they must have faced on their journey and the years of suffering that they must have gone through when their daughters were trying to reach a safer place in the world. Sara was charged with multiple offenses but is not incarcerated. She could spend up to 20 years behind bars if she is proven guilty of the accusations leveled against her. Since she and Seán Binder were granted entry to Greece in November 2022, Sara went back to court there.

Sara and Seán confirm that they have nothing further to contribute to the investigation as they stand in front of the inquisitor and the prosecution today. Both have shared about Sara’s return to court and stated that they oppose the cause of Free Humanitarians, which is one that Sara is involved with. Good Night Stories for Rebel Girls, a collection of short stories by Elena Favilli and Francesca Cavallo, tells the tale of Sara and Yusra Mardini.

The narrative was told by American journalist and long-distance swimmer Diana Nyad when it was first published as a podcast episode. J.M. Cooper provided the illustrations for the story. Both the sisters, Yusra and Sara Mardini are active on Instagram under the handle (@yusramardini) and (@sara_mardini963) respectively. The Netflix movie has detailed its story, facts, and a summary in detail.

Have a look at Blurred Reality for more interesting stories about your favorite celebrities around the world.