Is ‘The Swimmers’ Based on a True Story? Are the Mardini Sisters Real? 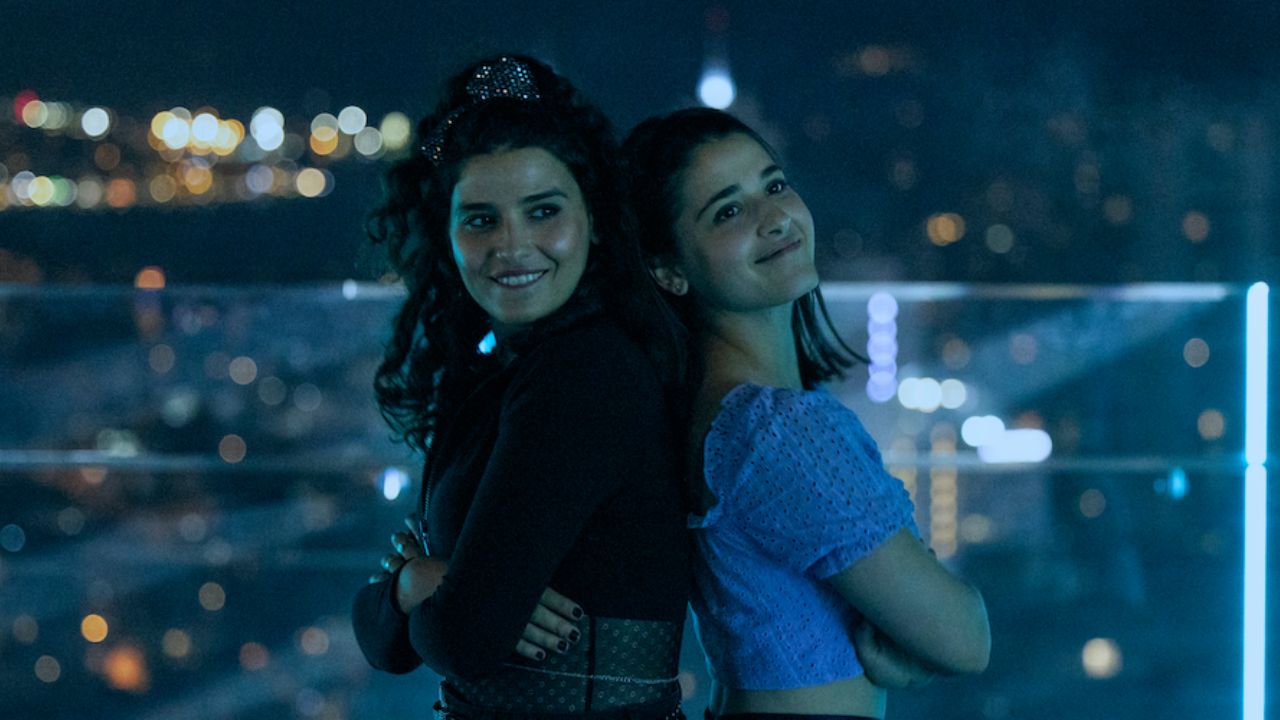 Yes, The Swimmers on Netflix is based on a true story and tells the inspiring lives of two sisters, Yusra and Sara Mardini, who are forced to escape their Syrian home due to war. Manal and Nathalie Issa, real-life sisters, play the Mardini sisters in the film.

The Swimmers, a Netflix original movie, tells the inspiring story of two sisters, Yusra and Sara Mardini, who were forced to leave their home in Syria due to war. They leave their family behind and embark on a perilous journey to Europe, complete with numerous obstacles and life-threatening challenges. It stars real-life sisters Nathalie and Manal Issa as Yusra and Sara, respectively, and follows their characters on their perilous journey from Syria to Europe.

In the movie, we can see Yusra Mardini having a dream: to represent Syria at the 2016 Rio Summer Olympics. It is a dream she holds onto even as war emerges in her country and she is forced to flee with her older sister Sara to Europe in order to seek safe passage for the rest of their family as refugees.

Despite this, the sisters demonstrate incredible physical and spiritual strength. It is a heroic story inspired by Sally El Hosaini and Jack Thorne‘s screenplay that inspires the audience not to give up even in the darkest of times. If the nature of the events makes you wonder whether the series is based on a true story and whether the sisters truly braved such perilous situations, here’s what you should know about the film.

Yes, the Swimmers Is Based on the True Story of Syrian Sisters, Yusra and Sara Mardini: Manal and Nathalie Issa, Two Real-Life Sisters Portray the Mardini Sisters in the Movie!

Yes, The Swimmers is based on a true story. The Netflix movie is an emotional biopic about two Syrian sisters, Yusra (@yusramardini) and Sara Mardini, who fled to Europe as refugees, risking their lives in a perilous crossing from Turkey to Greece.

Manal and Nathalie Issa, real-life sisters, portrayed the role of two sisters in the movie which focuses on a real perilous journey of the Mardini sisters, particularly the section where they had to tow a sinking dingy for three and a half hours in order to save the lives of eighteen other passengers.

When the civil war began in 2011, everything for their sisters changed. Their father was tortured after being mistaken for someone else, their home was bombed to pieces, and an unexploded bomb fell into the swimming pool where Yusra trained.

The family decided that Yusra and Sara should travel to Europe, where they would be safer; when they arrived in Turkey, they boarded a boat designed to carry seven people, but there were actually 18 on board. During the trip to Greece, the boat’s engine failed and the vessel began to take on water.

With no other options, the sisters and two other passengers on the boat who could swim jumped out and swam alongside the boat, keeping it afloat – all of the passengers arrived safely on the Greek island of Lesbos, about 7.5 miles from the Turkish coast.

Despite reaching safely in Europe, the sisters’ miraculous journey had only just begun. They traveled to Germany and stayed at a refugee center, where they met the coach of a local swim club. They began training at the club, and Yusra was named to the International Olympic Committee’s Refugee Olympic Team for the 2016 Olympics in Rio de Janeiro, Brazil. Sara had to stop swimming after arriving in Germany due to a shoulder injury.

Meanwhile, when the sisters arrived in Germany and had the opportunity to pursue their dreams, they went in different directions. Many filmmakers offered to bring their stories to life on the screen, but ultimately, the responsibility fell on the shoulders of Sally El Hosaini.

The director was reminded of her own childhood in Cairo and felt a connection with the Mardini sisters, which persuaded her to take on the project and make it as realistic as possible. Yusra and Sara were involved in the project from the beginning to ensure that their experience was accurately depicted on screen.

The filmmakers prioritized authenticity, and to demonstrate that both on and off the screen, they cast a large number of refugees as actors as well as behind-the-scenes personnel, all of whom “helped to ensure that [the filmmakers] were telling the story in the right way.” Aside from the journey itself, Hosaini made certain that the Arabic portion of the dialogues sounded realistic and contained the appropriate slang and pronunciation.

With all of the heart and soul that the cast and crew have put into making ‘The Swimmers,’ Hosaini hopes that the film is both inspirational and entertaining for the audience.

The Swimmers is currently streaming on Netflix.

Check Out Blurred Reality for more fascinating stories of your favorite stars.