Was the Prometheus a Real Ship? Who Is Prometheus in Greek Mythology? Learn Its Meaning & Symbol! 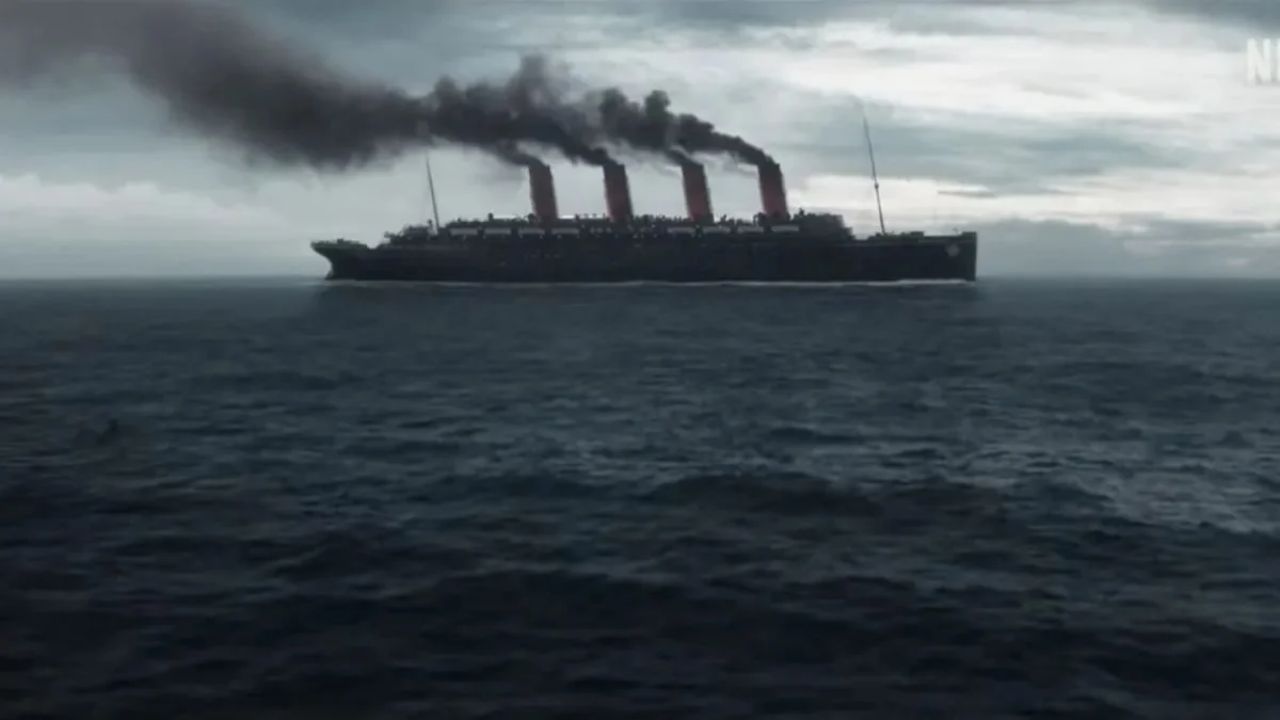 No, Prometheus from Netflix’s 1899 was not a real ship. However, a ship named HMS Prometheus existed which was used for the Navy’s purposes. Similarly, many people seek its meaning and symbol (Fire). Well, he is a god, according to Greek mythology, renowned for his intelligence and compassion.

Puzzle box TV show fans are in a terrific place right now. There is much to keep your fan theory group talks busy, including the Yellowjackets plane crash, Severance‘s eerie office, and the large hole in Outer Range. 1899 on Netflix has recently been added to the list, and it’s a monster. The eight-episode series is perfect for binge-watching because it contains an astounding amount of mysteries and plot twists for a show of its duration.

The Netflix series follows a steamship (Kerberos) carrying European immigrants as they go from the old continent (Europe) to the new continent (America). Each traveler seeks to begin a fresh life in America while escaping from something in their past. Nobody on the ship, however, was planning on their journey taking an unexpected turn when they came across the Prometheus, another steamship that had been reported missing for months. Their journey to America becomes a complete nightmare as a result of what they discover on board the sunk ship.

Viewers have been astonished by how the show is presented with its horror, thriller, suspense, and a “crazy” backstory. On the other hand, many people enquire as to whether Prometheus was a real ship and whether its disappearance was inspired by a true account of a sunk ship, possibly connected to the Bermuda Triangle. Well, here’s the mythology behind its concept.

Additionally, you must be wondering about the original languages spoken in the series.

The Prometheus Wasn’t a Real Ship: Greek Mythology Suggests Prometheus Is a God Known for His Intelligence and Compassion!

Prometheus, the ship that was depicted as being missing for the past four months in Netflix’s 1899, was not a real ship and it wasn’t based on a true story. Of course, it doesn’t exist in 2022 as well. According to our information, the entire production was shot in a virtual studio, and the scene creation was done entirely through VFX.

Although a real HMS Prometheus was built in Britain and launched in 1898, its journeys were not quite as intriguing as those of the ships in “1899.”However, it wasn’t a ship made for business, and it never disappeared; instead, it spent several years in the Navy before being sold in 1914. The similarity in their names is therefore probably just a coincidence. The stories of actual ships that vanished in the water may have served as inspiration for the ones in the Netflix series.

Similarly, many people wonder if Prometheus is based on Greek mythology. Its symbol was the fire. According to mythology, Prometheus is renowned for his intelligence and compassion. He allegedly stole fire from the gods and gave it to people, allowing them to advance science and technology. Zeus punished Prometheus for this by having him chained to a rock and training an eagle to consume his liver on a daily basis. The liver would re-grow at night and be consumed for the remainder of the following days.

There are numerous other speculations and long stories based on this fictitious episode, but there is no solid proof that it ever happened. Hence, it was not a real ship. Additionally, the creators of the show have stated that the show is completely based on a fictitious story. Now that you’ve answered your query, we would like to share a real story from which the show might have been inspired.

The story of the USS Proteus, USS Nereus, and USS Cyclops: Three of the four bulk cargo ships built by the US Navy were those three, and all three disappeared for unknown reasons. Nereus and Proteus were last seen in 1941, while Cyclops disappeared in 1918. There are various hypotheses, including the vessels’ poor construction and a potential attack by a German U-boat during the wars. However, none of these prove anything.

One theory claims that the Bermuda Triangle is to blame for the disappearance of these ships. It’s important to notice that all three ships disappeared close to the Triangle, despite the fact that there is no official evidence to support this. The case is comparable to Prometheus and Kerberos in light of these happenings and the fact that the three ships were sisters. The same steamship business built both of the ships in “1899,” and they appear to be of a similar design.

Before leaving, know about the gay characters in the show.