1899: How Many Languages Were Spoken in the Netflix Series? Reddit Users Seek Details About Its Original Languages! 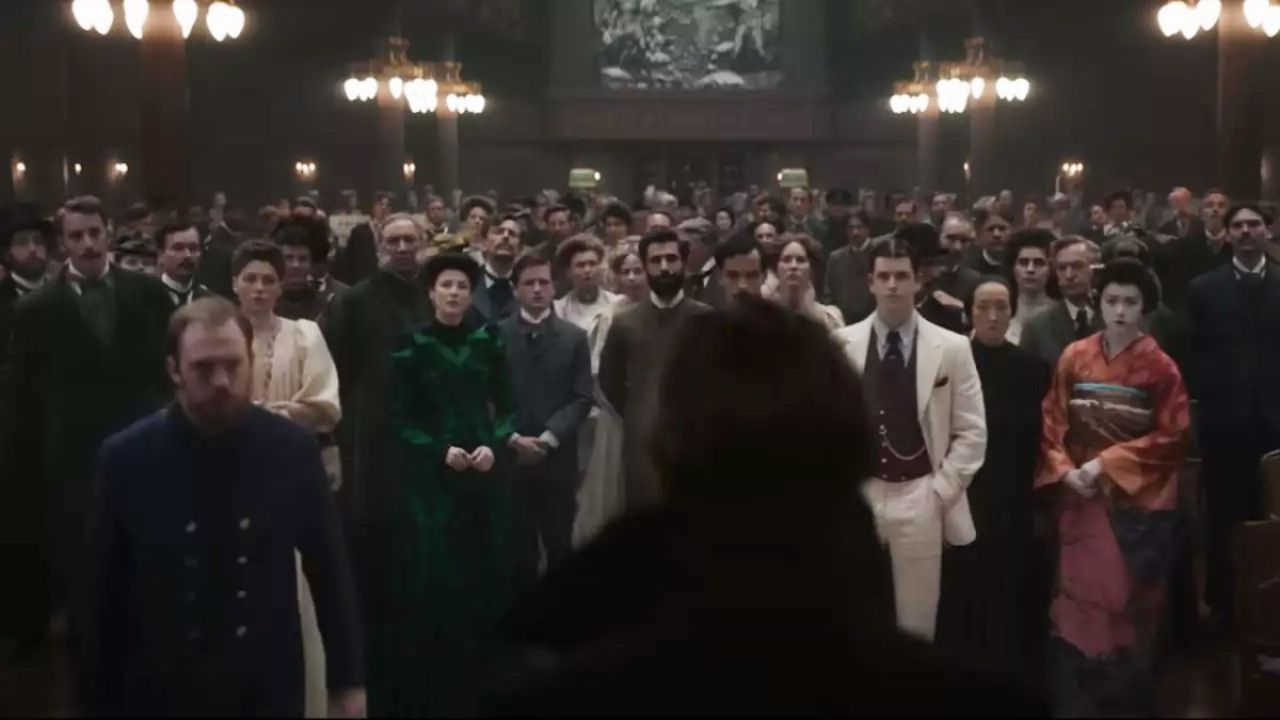 10 languages were originally spoken by the characters while filming Netflix’s 1899, including English, Spanish, French, Polish, German, Danish, Portuguese, Cantonese, Norwegian, and Swedish. However, the series is available in 19 languages on the streaming platform.

1899 on Netflix should be at the top of the list when considering the year’s most ambitious productions. This seafaring series is not only a triumph of visual effects and unexpected turns, but it also makes an impression on a global scale. That’s because this series is unique in embracing so many different languages and cultures, blending them all together to further the series’ primary mystery.

The sci-fi psychological-thriller series is interesting and leaves you with more questions than it answers. The narrative centers on the people on board the ship Kerberos as it travels from the Old World to the New World. The travelers want to leave behind their horrific past and start afresh in America. Nevertheless, all of their dreams are dashed when Kerberos discovers Prometheus, a ship that vanished four months ago.

Apart from the story, many viewers have been interested to know what languages were originally spoken while filming the series. Given that the series is available in 19 languages, viewers, especially Reddit users, are confused about its original language. Well, we’ve got you covered.

It’s obvious that people are confused about its original language considering that 1899 is available in 19 languages. Well, the Netflix show was filmed using multiple languages: English, Spanish, French, Polish, German, Danish, Portuguese, Cantonese, Norwegian, and Swedish. Yes, 10 languages were spoken while shooting the series. However, German would be the original language to watch 1899 in given that the series was created by German screenwriters/producers, Jantje Friese and Baran bo Odar.

The show’s numerous languages speak to what makes this horror thriller so captivating. According to Jantje Friese, 1899 was inspired by both Brexit and the European migrant crisis. It was crucial to her and her team that 1899 featured individuals from all over the world in order to accurately reflect the spirit of these events as well as Europe as a whole.

The Hollywood Reporter interviewed Jantje and Baran on their imaginative choice to use a variety of languages.

For a long time, even already in film school, we had this urge to change [the underrepresentation], to really have characters from particular countries speak in their own voices, because language really defines character. If you want to have an authentic performance, it’s just better when the actors perform in their own language.

It’s this touch that makes 1899 both beautiful and terrifying. People from several nations are forced to interact with one another as the situation on the Kerberos worsens and passengers begin dying. There are countless incidents where it’s obvious that two characters don’t understand one another. However, this mismatch frequently doesn’t matter. Even when the specifics don’t translate, the emotional weight of what they are attempting to say is conveyed through tones, emotions, and actions.

For example, the Polish character Olek (Maciej Musia) tries to explain to the Cantonese character Ying Li (Isabella Wei) around the middle of the season that his brother lives in New York City but that their relationship is problematic. Ying Li understands what he’s talking about just by using a few carefully chosen English words.

His diverted gaze and hunched shoulders, however, make it clear that he is struggling with this connection. She may never fully understand Olek’s relationship with his brother, but she is aware of how it affects him. Isn’t that fundamental knowledge sufficient?

On the other hand, some of the most nerve-wracking scenes in this thriller are a result of these language difficulties. The most terrifying sequences in 1899 make it clear that everyone who is still alive needs to come together, whether that means finding doctor Maura (Emily Beecham) or escaping. But you are also aware of the limitations of communication. These characters have to waste precious seconds traversing these obstacles in scenarios where time is their most valuable resource. It’s just one more element that adds to the impression that 1899 is a completely unique experience.

Additionally, there are currently 19 distinct options for 1899’s audio settings on Netflix. You should choose “English [Original]” if English is your first language. The Danish, German, Spanish, French, Polish, and Cantonese characters will have captions even if you choose this option without enabling subtitles.

Before leaving, know about the gay characters in the show.