Is Shotgun Mary in Warrior Nun Season 2? What Happened to the Toya Turner Character? 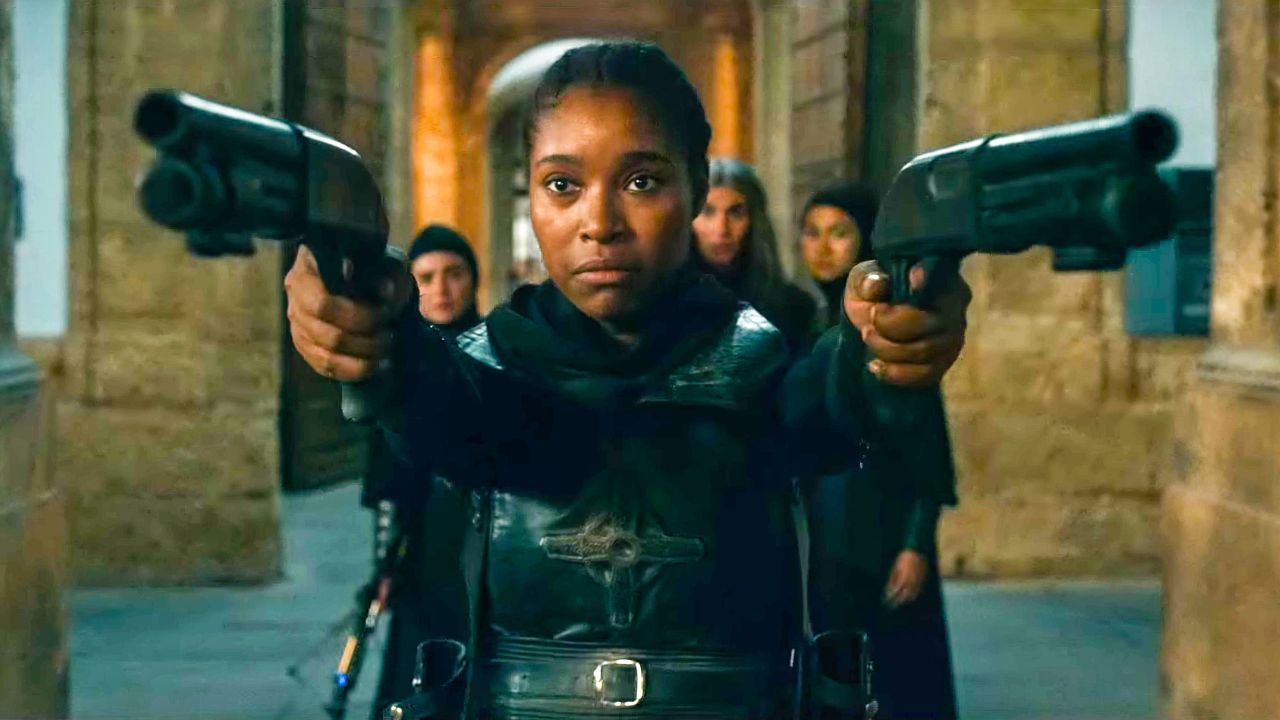 Shotgun Mary (played by Toya Turner), one of the characters of Netflix’s Warrior Nun, does not appear in season 2. From what Father Vincent says, she is believed to be dead. Meanwhile, showrunner Simon Barry revealed that Toya had personal reasons to not return for the second season of the show.

For good reason, “all style, no substance” is one of the favorite lines of film and television critics. Too many productions attempt to adopt a seemingly suave style, only to fall flat in the same way. However, there are enough productions where style, taken to its logical conclusion (becoming borderline ridiculous), works. Warrior Nun, a Netflix original, is one such production. It doesn’t take much intelligence to figure out what it’s about, but the Netflix series is surprisingly engaging for its premise.

The Netflix series is based on a Ben Dunn comic book character that follows a nineteen-year-old girl Ava, who awakens in a morgue. She is told she is a member of an ancient order tasked with hunting down demons on Earth. She carries a “divine artifact” on her back and is being controlled by forces from heaven and hell. What’s more exciting is that she’s not the only…drum roll…warrior nun on the show.

Fans of the series are wondering if Mary (Toya Turner) makes a triumphant return. Sister Mary, also known as Shotgun Mary, became a fan favorite in the first season for her kindness toward Ava (Alba Baptista) and overall toughness. However, by the end, the OCS warrior had sacrificed herself for the greater good in order to save her sisters. Now, let’s know if she is back in the second season as well.

Shotgun Mary Does Not Return in Warrior Nun Season 2: Showrunner, Simon Barry, Addressed That Mary Actress, Toya Turner, Had Personal Reasons to Not Return for the Second Edition of the Show!

Shotgun Mary, played by Toya Turner (@iamtoyat), does not appear in Warrior Nun season 2, but her absence has been explained by series creator Simon Davis Barry. In the first season of Warrior Nun, Mary played a pivotal role in bringing the new Halo Bearer, Ava Silva, into the Order of the Cruciform Sword. She also looked into the death of Sister Shannon (Melina Matthews), Ava’s predecessor, and discovered a plot at the OCS‘s core.

In the second season of Warrior Nun, Shotgun Mary is believed to be dead, though the exact phrase is “Mary’s gone.” In the final moments of Warrior Nun season 1, Mary, Sister Camila (Olivia Delcán), Ava, Sister Beatrice (Kristina Tonteri-Young), and Sister Lilith (Lorena Andrea) confronted Adriel (William Miller). Ava was duped into releasing Adriel from his underground prison beneath the Vatican, and Mary led the charge to bring the rogue angel down.

The second season premiere of Warrior Nun revealed that Lilith used her new abilities to teleport the OCS out of the Vatican, but Mary was attacked by Adriel’s followers. Shotgun Mary’s absence left a void in Warrior Nun season 2 as Ava led her Sister Warriors to victory over Adriel and the salvation of the world.

Well, the plan was to have Mary in season 2. Unfortunately, Toya [Turner] had to leave the show for personal reasons at the start of season 2 filming. We had to retool the show quickly to accommodate this. And we didn’t want to recast her because she’s such an iconic character, so we had to figure out a way to tie in what happened at the end of season 1 that wasn’t too clunky and didn’t feel too slapped on.

Shotgun Mary’s absence from Warrior Nun season 2 was certainly disappointing, given how important she was in season 1. Toya Turner transformed Mary into a fan favorite who was frequently the grounded voice of reason for her Sister Warriors. However, there have been reports of Shotgun Mary’s death that could have been greatly exaggerated. After all, Warrior Nun never showed Mary’s dead body, and her fate is based on hearsay from characters like Father Vincent, who was still serving Adriel at the time. Mary could still be alive, and she could have been taken to Adriel’s realm at the end of Season 1 of Warrior Nun.