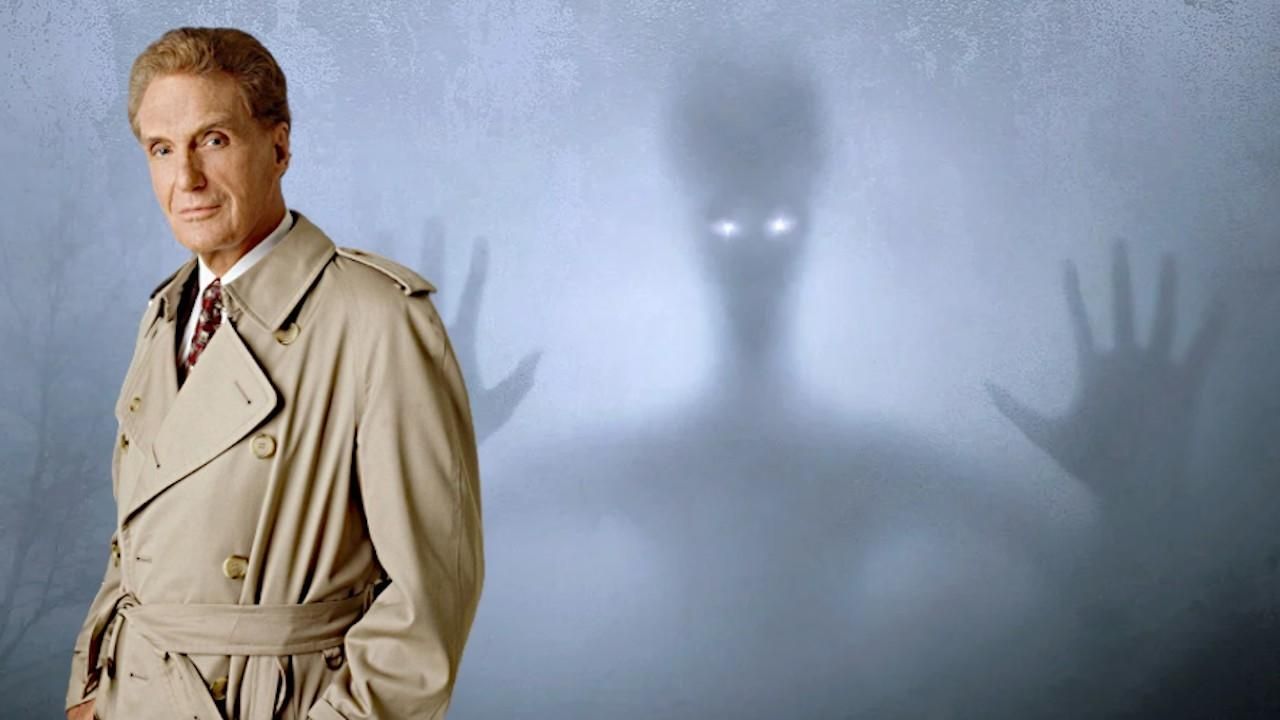 Netflix’s reboot of the famous series Unsolved Mysteries has no host despite all the previous versions of the show having one. The famous show was once voiced by Raymond Burr, Karl Malden, Robert Stack, Virginia Madsen, and Dennis Farina over the years. However, the 2020 Netflix reboot decided to run the show without the host as being unable to fill the shoes of famous Unsolved Mysteries man Robert Stack.

The American mystery documentary television program Unsolved Mysteries was founded by John Cosgrove and Terry Dunn Meurer. On January 20, 1987, NBC premiered a seven-part special series with Raymond Burr, Karl Malden, and Robert Stack as the host. It was transformed into a full-fledged series on October 5, 1988.

The show finished its ninth season on NBC on November 13, 1997, and started its tenth season on CBS. The ratings of the show continued to decline despite Virginia Madsen’s inclusion as a co-host in season 11, and on June 11, 1999, CBS canceled the 12-episode, two-season run of the program.

Lifetime resurrected the show in 2000, and season 12 premiered on July 2, 2001. Lifetime broadcast 103 episodes of Unsolved Mysteries before the series came to an end on September 20, 2002, coinciding with Stack’s illness and final demise. After a six-year break, Spike revived the series in 2007, and it debuted on October 13 of that same year.

Dennis Farina, who primarily stitched together repackaged portions from the original episodes, served as the host of this new, resurrected version. Before the series concluded again on April 27, 2010, Farina hosted 175 episodes.

The series was revived by Netflix on January 18, 2019, and it made its debut on July 1, 2020. Two volumes with six episodes each made up the first season of the remake. The third volume was released in October 2022, according to Netflix. So the fans online wonder who is the host of the show. Read this article to know all about the Unsolved Mysteries’ host voice and who he is.

Previously, we touched on Tammy Williams and Lester Eubanks. Likewise, we discussed the fate of David Carter.

Unsolved Mysteries’ Host Voice: Netflix Decides to Reboot the Show For Being Unable to Fill the Shoes of the Legendary Host Robert Stack!

It was tough to not have a host, according to co-creator Terry Dunn Meurer, but it was impossible to find someone with the same presence as Stack, so it was agreed that the participants themselves would tell the story.

Here are all the hosts of the renowned documentary series Unsolved Mysteries, along with explanations on why none were chosen for the Netflix relaunch. After a ten-year break, Unsolved Mysteries made a triumphant return with the release of its fifteenth season on Netflix in 2020.

The show made its 1987 NBC debut when it shot to immediate fame. The show, as its name suggests, looks into a variety of strange events, including actual crimes, hauntings, and UFO sightings. Each episode features several instances.

Unsolved Mysteries also rose to fame for its study of spooky or distressing situations and its longtime host Robert Stack’s stoic presenting manner. Robert Stack is the star of the TV series The Untouchables.

Future stars including Matthew McConaughey, Daniel Dae Kim, and horror legend Bill Moseley also received early roles in the series. NBC opted to terminate the show in 1997 despite its success owing to declining ratings, and subsequent seasons were broadcast on networks like CBS, Lifetime, and eventually Spike TV.

Robert Stack, who tragically passed unexpectedly in 2003, was by far the most recognizable host of Unsolved Mysteries. He wasn’t the first renowned face to front the show; Raymond Burr was the original presenter.

The first episode of the series, which debuted as a compilation of specials in 1987, included Ironside icon Burr and Perry Mason. Burr’s tenure only lasted for one episode; the following two were hosted by renowned actor Karl Malden.

Naturally, if you’re an original fan of Unsolved Mysteries, you’ll be aware that the show had a slightly different style back then. To begin with, there used to be a host who would describe what happened and present the instances.

Robert Stack, the original presenter that viewers adored watching on their screens and is claimed to have a soothing and calm voice perfect for the crime series, would be the only one as legendary as the one Netflix hasn’t yet debuted in their series.

Terry Dunn Meurer, the original co-creator of Unsolved Mysteries, responded in an interview with the New York Post when asked why the program has no hosts. He stated:

We talked about that for long time, even about using an unseen narrator, but we decided it was really tough to fill the late Robert Stack’s shoes. He was an iconic host for so many years, The other part of the equation was that we wanted this be in the documentary world, where the people whose mysteries these episodes involve are more present and more of the storytellers.