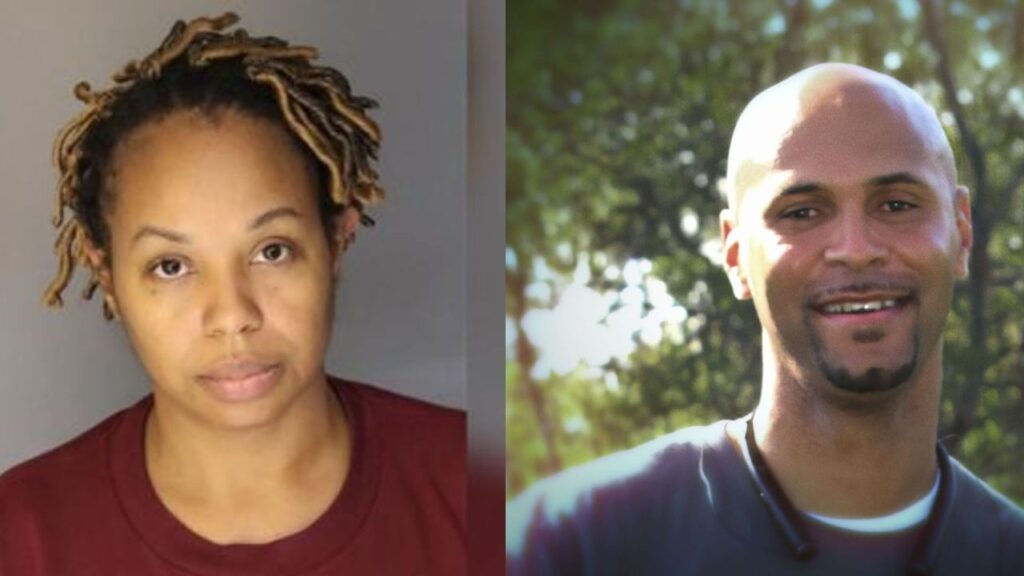 As shown in Episode 3 of Netflix’s Unsolved Mysteries Season 3, Tamera Renee Williams aka Tammy Williams has been speculated as a major suspect in the murder of her lover, David Carter, a decent man from Melvindale, Michigan. Meanwhile, knowing Tammy Williams was the last person to see him before her lover David Carter’s murder, she felt the country and has vanished ever since. According to the latest updates, Tamera is still on the run and the police are still searching for her.

Unsolved Mysteries is a long-running documentary series that ran on NBC and CBS from 1987 to 2002. Following the success of volumes 1 and 2, which aired in July and October 2020, Netflix‘s original creators, John Cosgrove and Terry Dunn Meurer, are heading back with a modern twist on the much-loved series with the complete mysterious lights in the sky, inexplicable sightings, and suspicious paranormal activity.

But there are also the flesh-and-blood cold cases, suspicious deaths, and disappearances that only grew more mysterious with time—and that were always worthy of a deep investigation into the families and friends left behind five, ten, twenty years ago.

Similarly, episode 3 of the latest season titled Body in Bags explores a 39-year-old single father named David Carter who went missing from his home in Melvindale, Michigan. However, a few days later, his dismembered body was discovered in three separate bags along Interstate 75 in Ohio.

Meanwhile, his six-month girlfriend Tammy Williams was the last person to see him before his death. As a result, many people have speculated if Tammy is the killer of David Carter.

Previously, we touched on Lester Eubanks.

Tamera Renee Williams AKA Tammy Williams Is the Main Suspect in the Murder of Her Lover, David Carter, a Respectable Man From Melvindale, Michigan: Unsolved Mysteries Season 3 & 2022 Update!

According to the Netflix series, Unsolved Mysteries Season 3, David Carter, a decent man from Melvindale, Michigan went missing and was later found dead. Similarly, his dismembered remains were recovered in three separate bags near Interstate 75 in Ohio. Meanwhile, after the investigation, it was discovered that his six-month-old girlfriend Tammy Renee Williams was the last person to see him.

A former travel agent, Tammy Williams was immediately seized and identified as a person of interest by authorities. She was released a few days later owing to a lack of proof. According to his relatives, she was usually near her companion, till David vanished and she also swore on knowing nothing about it.

Similarly, David was a kind and loving 39-year-old father who volunteered with the Junior Football League, was a respected worker at Magna Seating Plant, and was the entrepreneur behind Lavish Habits Clothing. Meanwhile, it all began when he failed to arrive for work on September 30, 2018, fueling speculation that something was wrong and his loved ones reported him missing soon after, but their hopes for his safe return were dashed within days.

After all, David’s horrifically dismembered remains were discovered inside a huge sleeping bag along Interstate 75, more than 100 miles from his house, on October 1, 2018. Then, as shown on Fox‘s America’s Most Wanted, his six-month girlfriend, Tamera Williams, also known as Tammy, was named as the major suspect.

As Tamera was accused of murdering her lover David and learned she was the major suspect in the investigation, she later vanished without a trace and till today the authorities have no idea where she is. However, a reasonable explanation has yet to be discovered, especially given her lack of criminal history and a history of little violence, but it is also known that the pair had an argument the day before David went missing.

Tamera was a phlebotomist in the medical and healthcare field at the time of David’s murder, but she was also a traveler who visited other countries and had worked as a travel agent. Furthermore, according to the US Marshals, she was a member of the Order of the Eastern Stars, which has connections to masons and secret societies. As a result, investigators believe that unknowing people may be assisting her. They may not even be aware that Tamera is a wanted criminal.

Regarding observations, investigators have only confirmed that Tamera traveled a train from Ann Arbor, Michigan, to Brooklyn, New York. She may have continued on her journey and ended up in Atlanta, Georgia, before disappearing into darkness once more. Likewise, she hasn’t been seen or heard from in almost a year, but the case against her is still open. According to the latest updates in 2022, the Marshals’ top objective is to find her and bring her to justice in order to provide the Carter family with much-needed closure.

“A manipulative person, an evil person out there who thought this out, and – she killed her boyfriend,” US Marshals Deputy Aaron Garcia said about Tamera in a nationwide investigation. Similarly, her crime has since been described as terrible and brutal, with a special emphasis on how an ordinary person would never commit such a thing. However, the most important component is her close connections with people not only in the United States of America but all around the world who helped her disappear.