Ted Harding From Dead to Me: Was He Cheating on Jen? What Does He Look Like? Who Played Ted? 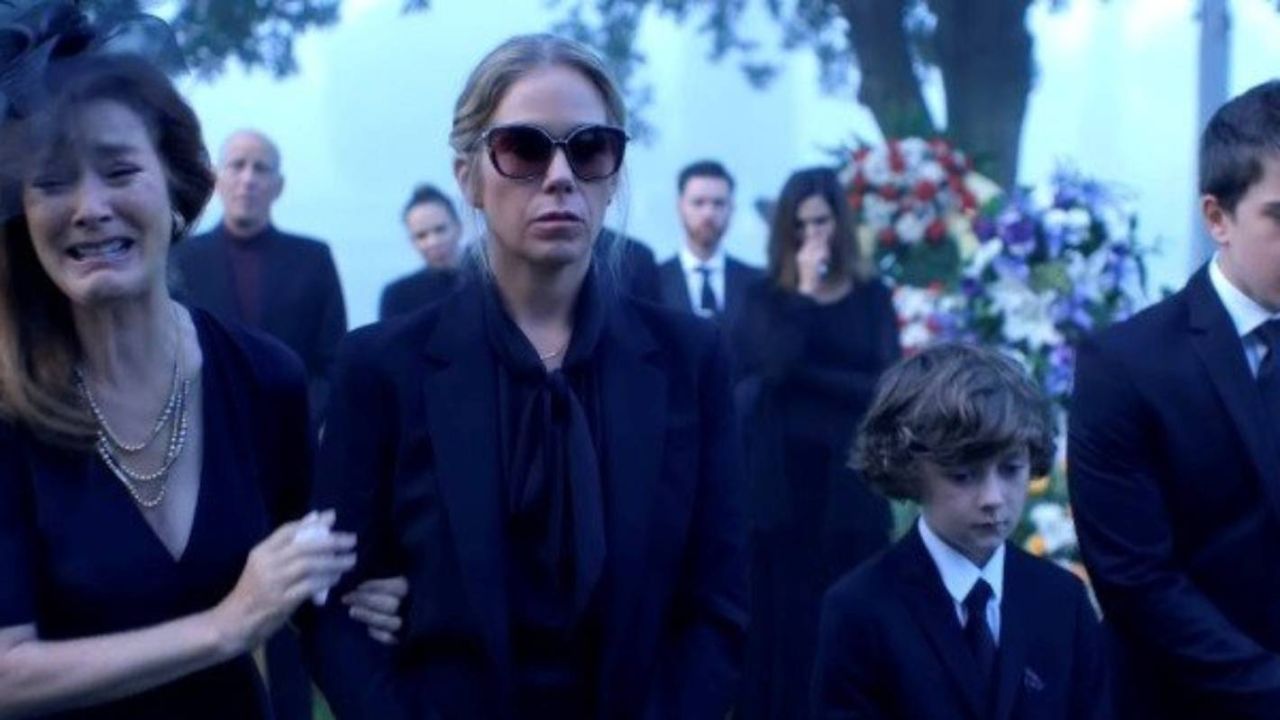 Ted Harding, one of the characters from Netflix’s Dead to Me, was the husband of Jen who died after he was hit by a car. And yes, he was cheating on his wife as he had an affair with a girl named Bambi. Additionally, nobody knows what he looks like as he was just featured through words in the show. Hence, no actor was cast to play his role.

Dead to Me on Netflix follows Jen Harding (Christina Applegate), whose life is flipped upside down after her husband dies. She then meets Judy Hale (Linda Cardellini), who just makes things more difficult than they need to be, as she goes through a difficult phase of grieving while also feeling angry, sad, disappointed, and outraged all at once.

One of the main characters of the Netflix series is only mentioned and never actually shown in the show. The identity of Ted Harding (Jen’s husband) from the series is gradually revealed over the course of three seasons, but given that Ted is dead, viewers can not see his physical body. He is just portrayed in words.

Season 3 of the show just got released this week on the streaming platform. And the new season’s story has a lot to do with the death of Ted. Given that he has never been shown in the show, many viewers seek details about him. Well, we’ve got you covered.

In case, you’re interested to know about Frances Conroy’s Eye.

Ted Harding From Dead to Me: Yes, He Was Cheating on Jen Harding With a Girl Named Bambi; Who Plays the Role of Ted in the Netflix Series?

Dead to Me‘s first season introduced us to Jen Harding, whose husband Ted Harding died in a hit-and-run accident while jogging just before the season began. Judy later admitted that she and her ex-fiancé Steve (James Marsden) were in the car that hit Ted and left the scene rather than stopping to help when Jen broke down one night and blamed herself for Ted’s death. Now let’s talk about what he was like and which actor played the role of Ted.

Ted operated from his home studio, which was outfitted with pricey instruments such as a sophisticated drum set and a Les Paul guitar. His mother, Lorna, praised his profession for enabling him to be a stay-at-home father and described him as “naturally skilled” in music. It was later discovered that he had previously gone on tours. Ted also kept a gun in a safe in his studio. His mother, who also had a love for guns, gave it to him as a stocking gift for Christmas.

The first season reveals that he started running frequently at the age of 40, which was not long before he passed away at 49. When Ted was killed, Jen first claimed that he had gone for a run. However, viewers eventually learn that Ted and Jen had a violent argument and that Ted didn’t want to go home, so he went out on the road at 1 in the morning.

In episode 3 of the first season, viewers watch Ted Harding interacting with a video game user named Bambi89. Jen thought her husband had been cheating on her because she sent him graphic messages. Jen tracked Bambi down at her waitressing job and discovered that she was a singer/songwriter who had been dating Ted for a year and a half and was currently working on an album with him. Ted tricked Bambi by claiming that his wife, Jen, had passed away from breast cancer. The snot. He pretended to be a widower father in order to gain sympathy from Bambi.

Considering that Ted was Lorna’s only child, she strongly disapproves of pretty much anything Jen does. Her tendency to be especially critical may be a way of coping with her grief. The night before he died, Ted also tried to call Lorna, but she didn’t answer. She is still regretful about it. Now let’s talk about which actor plays the role of Ted in the series.

Well, Ted isn’t played by an actor with credit. The only glimpses of him that visitors receive are from out-of-focus images of crime scenes and a framed portrait of him and his two sons that is displayed in his studio. Ted’s passing may have served as the impetus for Judy and Jen’s friendship, but this show is not about him. It deals with female companionship, bereavement, and the struggle to survive.

The show doesn’t overlook Ted, and it gives many examples of the type of person he was over the course of three seasons. However, showing Ted in flashbacks was not necessary to depict his relationship with Jen and his children. The entire purpose of the show is that he is absent, and by making him even more of a missing puzzle for the audience, it further shows how lonely Jen and her family truly are.