Jen Harding’s Weight Gain: What Happened to the Dead to Me Character, Played by Christina Applegate? 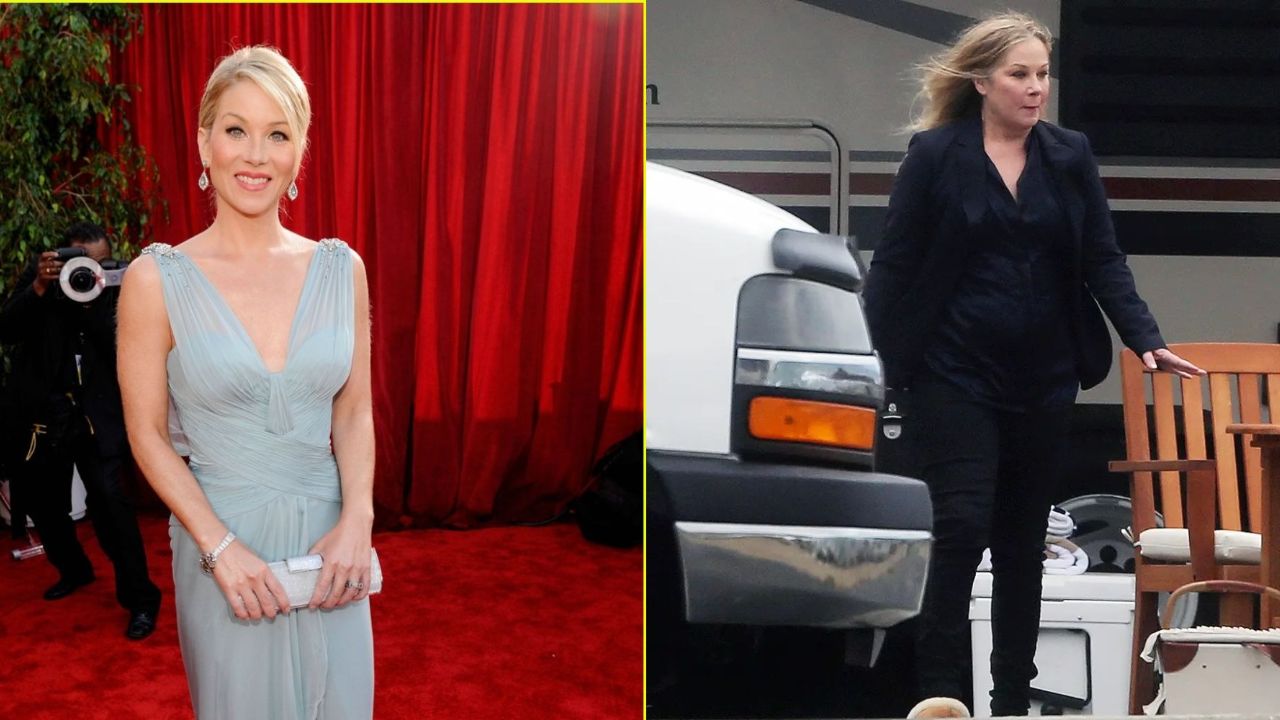 Jen Harding from Netflix’s Dead to Me looks way too different in Season 3 because of Christina Applegate’s significant weight gain transformation. The 50-year-old actress was diagnosed with MS in 2021 which led her to gain 40 extra pounds. And yes, her transformation had nothing to do with the character in the show.

The Netflix original series, Dead to Me, explores the convoluted lives of Jen Harding and Judy Hale as they attempt to navigate a maze of lies that they themselves created. Over the course of three seasons, one deception led to another, and as more individuals were involved, the situation grew more difficult. It all began with one lie.

Because Jen falls in love with Ben Wood, the brother of the man she killed, things are difficult for her. However, Judy is given a break when she meets Michelle, who is unrelated to the situation that Jen and Judy are in. Because of this, Michelle is the ideal distraction for her. Apart from what happens in the show and with the characters, viewers have really been curious about Jen’s appearance.

Yes, they believe the character, played by Christina Applegate, looks way too huge when compared to her appearance in Season 1 and Season 2. As a result, they wonder if the character intentionally gained weight in the show or if Christina has some health problems. Well, here is everything we know about Jen Harding’s weight gain transformation.

In case, you’re interested to know about Ted Harding and Frances Conroy’s Eye.

Jen Harding’s Weight Gain: The Character in Dead to Me, Played by Christina Applegate, Looks Huge Because the Actress Was Diagnosed With MS in 2021!

Jen Harding, played by Christina Applegate, definitely looks way too different than in Season 1 and Season 2 of Dead to Me. She looks big and it has definitely grabbed the attention of the show’s viewers because of her weight gain transformation. However, Christina didn’t gain extra pounds intentionally for her character in the show. It was due to the health issues she suffered right after the release of Season 2.

The actress confirmed that she was diagnosed with MS (Multiple Sclerosis) in August 2021. It is a condition that affects the brain, spinal cord, and optic nerves, which make up the central nervous system and control all we do, according to the National Multiple Sclerosis Society.

Applegate discussed the diagnosis in an interview with The New York Times. She claimed that around the time of the first season of her Netflix show’s filming, there were warning flags that began to emerge. Applegate admitted that she occasionally felt shaky or unsteady, and over the following years, she had tingling and numbness that seemed to get worse. She received her MS diagnosis while she was filming the third and final season of Dead to Me.

Production on the show was halted for a few months when she started her treatment, but Applegate quickly resumed filming to give the story the send-off it deserved. She explained, “I had an obligation to Liz and to Linda, to our story. The powers that be were like, ‘Let’s just stop. We don’t need to finish it. Let’s put a few episodes together.’” She also added, “I said, ‘No. We’re going to do it, but we’re going to do it on my terms.’”

The Jen Harding actress concluded the series, which she describes as “the hardest thing she has ever done,” thanks to the love and support of the cast and crew. Since then, she has shared her MS experience on Twitter, gaining encouragement from people like Selma Blair, who announced her MS diagnosis in 2018. Applegate underwent 40 pounds of weight gain and now uses walking sticks; she claimed that this is her new normal. She remarked,

This is the first time anyone’s going to see me the way I am. I put on 40 pounds; I can’t walk without a cane. I want people to know that I am very aware of all of that.

The Emmy-winning actress has also spoken openly in the past about her health issues. She spoke about her breast cancer diagnosis and subsequent double mastectomy in 2008. She underwent surgery to induce menopause the following year after having her ovaries and fallopian tubes removed in 2017. The Dead to Me actress thinks that because she is an actor, she has a platform from which to discuss the issues that many people face.

She stated that she hopes to motivate people by sharing her experience during an interview with People about her struggle with cancer. She stated, “I am just like you, I can’t sleep, I feel like crap a lot of the time because of this, but I want you to feel okay with it and not feel shame about it and get information about it so that you can have a better quality of life.”  Even in 2022, Applegate keeps raising awareness and giving people encouragement through her voice.