Did James Marsden Underwent Open Heart Surgery? Does the Ben Wood Actor Really Have Scars on His Chest? 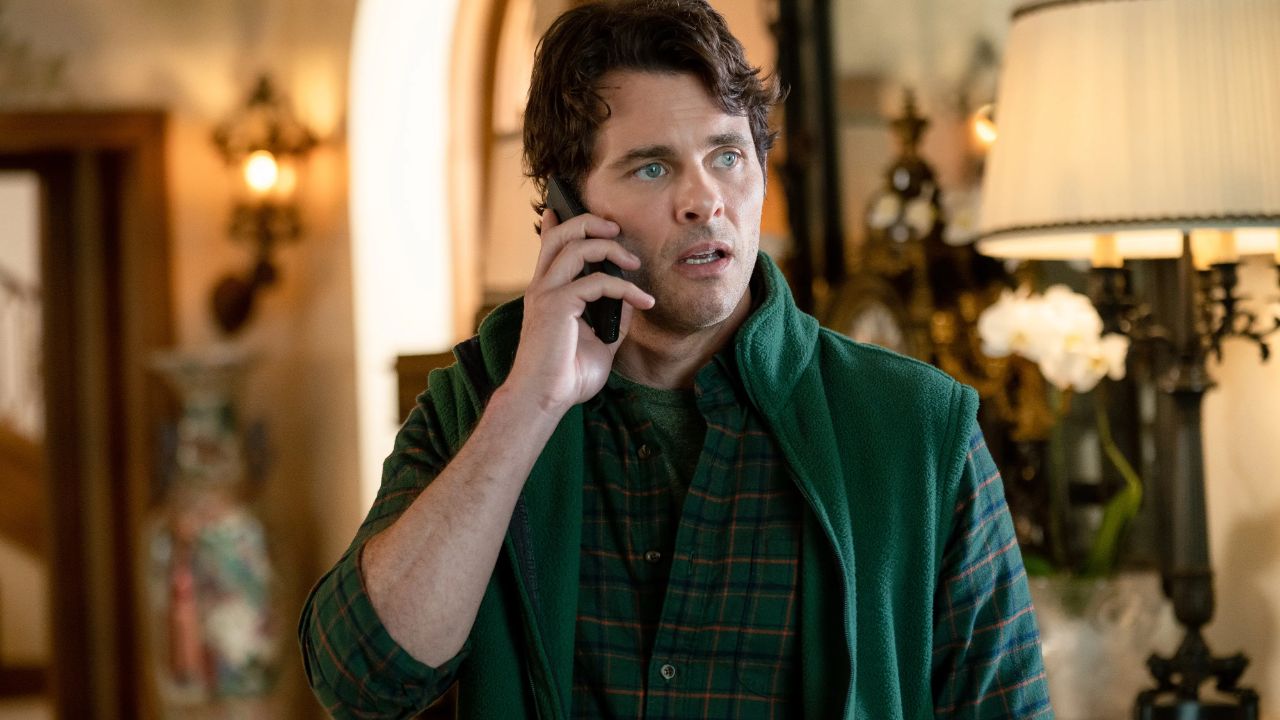 James Marsden, one of the cast members of Netflix’s Dead to Me, never underwent any open heart surgery like his character in the show. Yes, the Ben Wood actor does not have any scars on his chest as it was only shown for the sake of the show.

The third season of Dead to Me is finally available on Netflix, and the 10 brand-new episodes have already been watched by many people. The third season takes up just after season two, right after Ben Wood crashed Jen Harding (Christina Applegate) and Judy Hale‘s (Linda Cardellini) car after blowing through a stop sign while drunk, putting them both in the hospital. Fortunately, the two ladies escape with only minor injuries.

Jen, who suffered the most harm, recovers quickly at the hospital and leaves with only a few bruised ribs and a neck brace that she takes off within hours. The third and final season is largely focused on Jen and Judy attempting to deal with the aftermath of Steve‘s murder now that his body has been found. There is, however, still some place for romance, and Jen and Ben quickly rekindle their romance.

Viewers had many questions as soon as the series got released. One immediately emerged when Ben Woods, played by James Marsden, was shown without a shirt on and he had many scars on his chest because of the heart surgery. As a result, many people wonder if James Marsden had heart surgery and has scars on his chest in real life. Well, let’s find it out.

In case, you’re interested to know about Ted Harding and Frances Conroy’s Eye.

James Marsden From Dead to Me Never Underwent Open Heart Surgery: The Ben Wood Actor Does Not Have Scars on His Chest!

No, James Marsden (@james_marsden) didn’t undergo any open heart surgery and does not have any scars on his like his character, Ben Wood, in Netflix’s Dead to Me. The scar was made only for the sake of the show.

You may have noticed that Ben has a number of noticeable scars on his chest while watching the third season. In the third season, we see him without a shirt on multiple occasions, but the scene gets no attention from the show.

Dead to Me fans will remember the end of Season 2 when Steve‘s twin smashes into a car carrying Judy Hale and Jen Harding. Ben appeared to be unharmed, but we began to wonder if he had actually been hurt in the accident.

According to Distractify, his scars are an integral part of who he is. Some fans may not remember the explanation because season 2 has been on the air for a very long period. Ben had previously revealed to Jen that he underwent multiple heart surgery as a child, leaving him with numerous scars. Additionally, Ben can be recognized by his twin brother Steve for their scars.

Ben also sadly recalled how, as a young boy, he and his twin Steve would cover their scars with clothes so that girls wouldn’t see them. We can therefore say that James Marsden does not have scarring on his chest because there is a reason for Ben’s scars that is included in the Dead to Me plot.

Some fans speculated that the scars would be significant in the last season of the show if there was a shocking revelation that Ben, not Steve, had passed away, but the presence of the scars confirms Ben as the only remaining Wood brother.

We discovered hard proof that the actor does not have any noticeable marks on his body unlike his role in Dead to Me, just in case viewers had any last-minute lingering questions about this plot detail. James earlier uploaded an Instagram photo of himself without a shirt, and, gulp, he is scar-free, much to the appreciation of the majority of the United States.

Here Is How James Marsden Was Not Supposed to Be Cast in Seasons 2 & 3 of Dead to Me!

According to Liz Feldman, the show’s creator, James Marsden‘s involvement in the series was supposed to end when his character Steve, who was once married to Judy, passed away at the conclusion of the first season of Dead to Me. James, however, didn’t appear to be able to move on. Not that we are complaining, again. In an interview with E! News, she revealed,

James reached out, and he was like, ‘Why am I googling if a guy can survive a traumatic brain injury and drowning?’ But we had such a great time working together, and he had such great chemistry with Christina and Linda, that as soon as he said he was open to coming back, I was like, ‘Twins!’