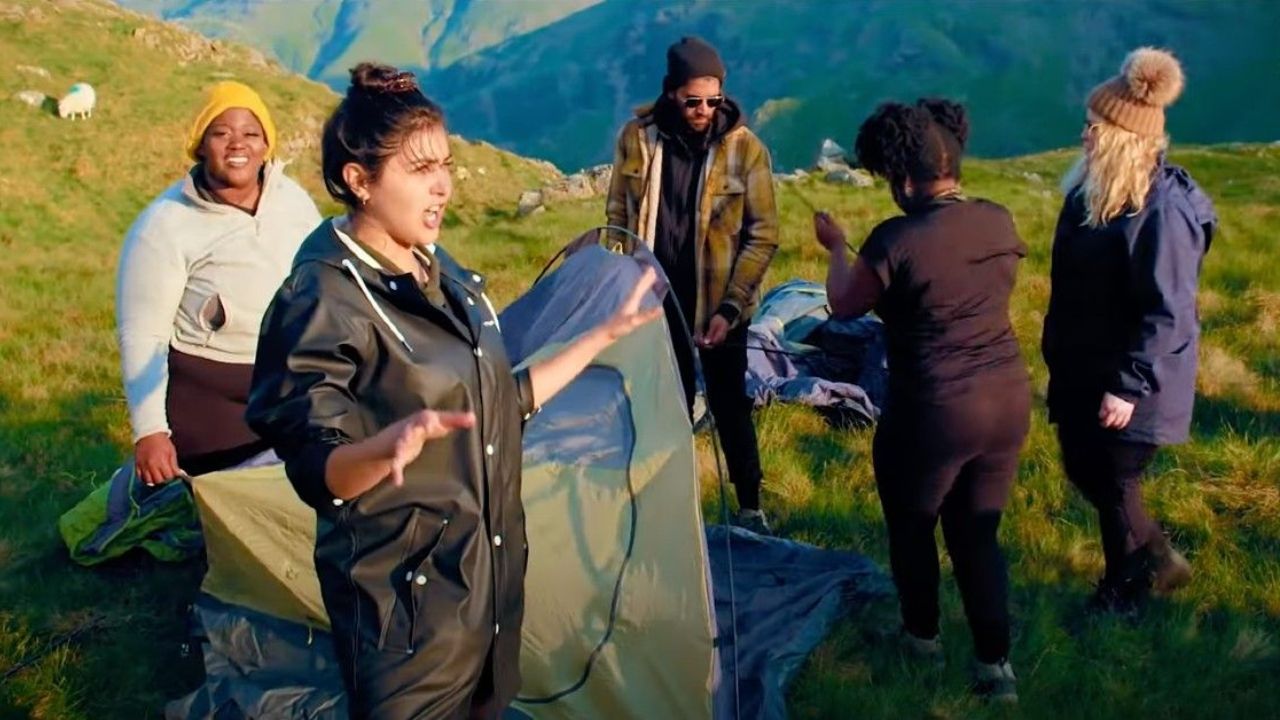 Snowflake Mountain, a Netflix reality show, has gained huge popularity thanks in part to the cast, and viewers want to know where they are now. Even though there were several cast members, including Rae, Solomon, Carl, Randy, Olivia, Francesca Geo, Devon, Darrien, and Sunny, Deandra, from New Jersey, was ultimately the winner. Go through the article to find out where they are now as of 2022, and also find the Snowflake Mountain cast on Instagram.

As the title suggests, the Netflix original survival reality series Snowflake Mountain follows a group of spoiled, wealthy young adults as they attempt to survive in the wilderness. The contestants are initially misled into thinking that they will be a part of an opulent reality program.

The eight episodes of the reality series Snowflake Mountain on Netflix are equally split between heartwarmingly humorous, intensely engrossing, and shockingly inspirational.

We’ve now witnessed the candidates lose their composure and tap out, as well as form sincere bonds and generally improve. The cast members’ whereabouts are now a source of interest for viewers. Let’s find out where they are now!

Snowflake Mountain: Where Are They Now? Also, Meet The Cast & Winner On Instagram!

There were a few courageous snowflakes who underwent significant character development in the show Snowflake Mountain, whose filming location is Lake District National Park.

They demonstrated to hosts Joel Graves, Matt Tate, and Cat Bigney that they weren’t just spoiled millennials by not only rising to the challenge. So, let’s find out where they are now!

Devon Smith (@devbabydied) appears to have resumed her party-loving life in New York City since Snowflake Mountain. Devon, a lifelong New Yorker, experienced both highs and lows on the show Snowflake Mountain for various reasons, but she was able to easily transition back to city life afterward.

While she now apparently still enjoys going out with her friends, she has reportedly also made up her mind to work hard, save money, and eventually get an apartment for herself. Being independent, open-minded, and self-aware are the 21-year-old’s goals, and it doesn’t seem as though anything or anyone will ever stand in her way.

Solomon made quite an impression on Snowflake Mountain on both his fellow campmates and the audience, despite being just the second (and last) candidate to leave the wilderness-survival retreat. He states: “No Givenchy, Just Jesus” in his Instagram bio.

Solomon had a knack for bringing the drama. Now Solomon has moved to Los Angeles from Virginia and appears to have developed his spirituality. In terms of his current situation, it’s unknown if his mother still pays his rent or provides him with $500 a week for self-care costs.

The first person to quit the challenge was Olivia. She left before it had officially started. She is originally from Ohio, and it appears that despite her lack of survival skills, she has managed to build a wonderful life for herself. After Snowflake Mountain, Olivia now looks to be doing well for herself.

She is currently a business owner, a freelancer in digital art, and a client connection manager for a mindset company that promotes positive thinking (a post she has held since the summer of 2020).

As if that weren’t enough, she has now moved to Los Angeles, California, where she keeps up her regular activities and hosts her weekly podcast, Saturday Night Live.

Randy Wentworth, a native of Florida, undoubtedly learned some valuable lessons on Snowflake Mountain. Since the show, he has focused all of his efforts on realizing his ambition to become a professional wrestler.

Additionally, Randy has been putting more effort into growing his fan base and has even begun to sell his merchandise.

If we’re being really honest, former medical student Randy Wentworth appears to be achieving every goal he set for himself in the Netflix original by becoming a professional wrestler.

As of now, he is active on practically every network, from Twitch to Twitter to Instagram (@randy_wentworth)to YouTube, to make sure he has a diverse audience that can help him spread his wings.

Carl Lariviere (@carllariviere1) was a decent basketball player (indeed, his abilities even earned him a college scholarship), but he has now made the switch to modeling. The Verge Models agency is the person’s most recent signing. You can see that he has collaborated with Hollister on his Instagram.

But as a model signed with Verge Agency today and an aspiring actor, the Los Angeles native is living the good life, which further demonstrates that his career in the entertainment business is just getting started.

Rae Hume (@raeconniejane) became a fan favorite on Snowflake Mountain because of her unwavering positivity, honesty, and support. She is someone who can only be characterized as a beam of sunshine.

Since she appears to split her time between London, Kent, and Rochester, England, we are happy to report that, as of now, she is still the same old woman, only with greater freedom and responsibility. In addition, the aspiring businesswoman is currently engaged to William Martin.

Since leaving Snowflake Mountain, Darriea Clark (@babefromthesun) has been dominating. The native of Georgia, who describes herself as a multimedia storyteller on LinkedIn, recently announced on Instagram that she has opened her art studio to concentrate on her zines.

As of now, she also serves as an ambassador for Remake, a charity that promotes equal compensation for women working in the fashion industry. It’s wonderful to see Darriea putting in a lot of effort for causes she cares about.

We were rooting for Liam Brown (@liambr3wn) as he developed from a young person with inhibitions who felt nauseous at the thought of cleaning to a manly man, an enthusiastic competitor, and a team builder.

He didn’t and still doesn’t mind finishing third, though, as it allowed him to move into his apartment and secure his dream job at a multinational fashion retail company.

As of now, the Warwickshire native still has a sweet spot for balloons and assertions.

Francesca Geo who is still living in New York seems to follow a similar pattern to the one she did before she started working on the Netflix original Snowflake Mountain, with the exception that now she enjoys cleaning.

She is active on Instagram under the handle (@francescageoo) The reality star is currently enjoying spending time with her partner, entrepreneur Chris Kilcarr, in addition to traveling the country extensively.

Due to his extraordinary endurance and development, Sunny Malik (@sunnymalicc) went from nearly abandoning the wilderness-survival retreat in the first few days to loving it and ending up as the runner-up.

He is publicly passionate about fighting against injustice and is currently working on a podcast and a documentary.

Deandra Joseph’s (@beau.dee_) transformation from a cheerleader to a genuine team player was all it took for her to win the $50,000 top prize.

The Brooklyn-based makeup artist has been using this money to start her own beauty company, along with funds from her day job as a middle school lunch lady.

There’s a reason she’s known as Beau Dee online, and it has nothing to do with the fact that she loves the business; rather, it has to do with her desire to work in it.

According to what we can gather, Deandra who won the reality show now has already started along this path and is receiving valuable first-hand experience.