Sam Carmona From The Circle Season 5: Find Her on Instagram & TikTok! 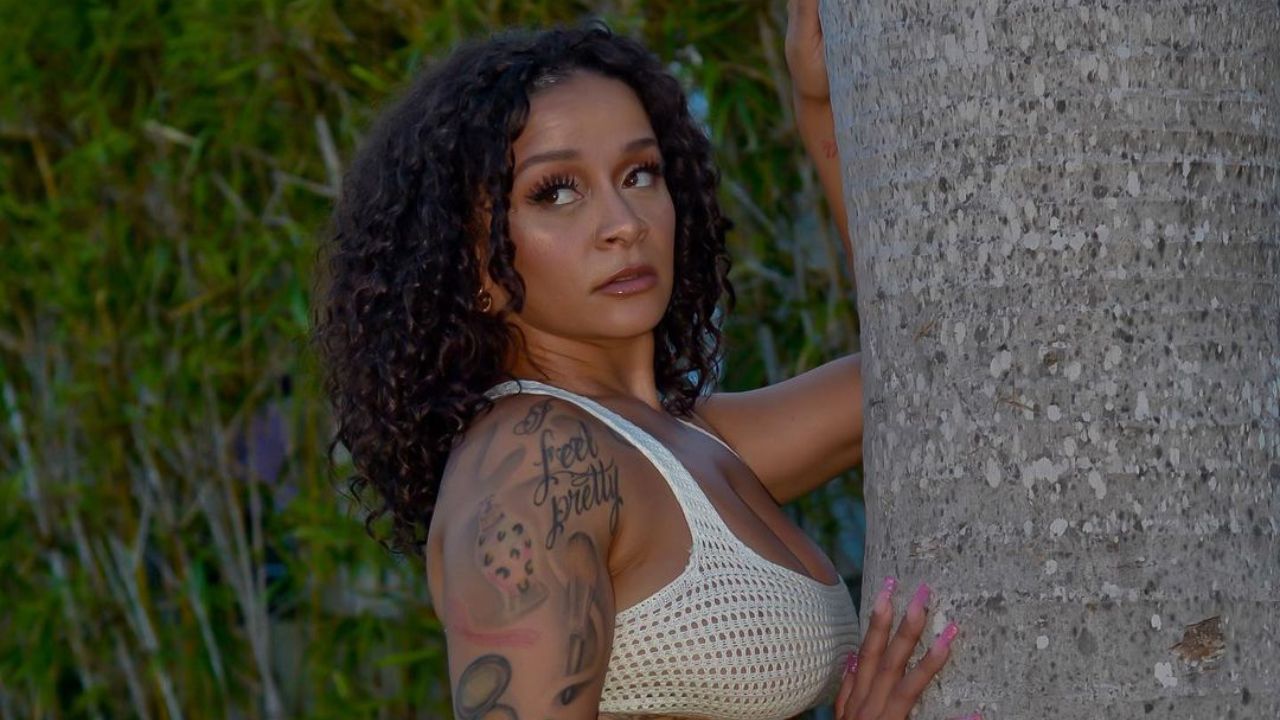 Sam Carmona, one of the cast members of Netflix’s The Circle Season 5, is a digital content creator and a free makeup artist. The 34-year-old, who is of Puerto Rican ancestry, is very popular on Instagram (@bkshedevil) and TikTok.

The Circle on Netflix is a fascinating reality show that advances the idea of social networking. Participants on the show are required to engage with other contestants in order to gain more popularity on a certain internet site. Catfishers must take precautions to prevent their falsehoods from being discovered while maintaining any character they want. A rise in popularity might give someone the power to exclude anybody they choose, but it can also bring hatred from others.

Viewers get to watch various entertaining and quirky contestants in the 5th season of this social media experiment, including Sam Carmona. This reality television actress gained popularity swiftly because of her transparency and likeability. Her journey, however, was not as simple as she would have wanted and was not without its share of ups and downs. Well, let’s get to know everything about Sam in detail.

Sam Carmona From the Circle Season 5: The 34-Year-Old Is Passionate About Sneakers and Popular Among TikTok and Instagram Users!

Sam Carmona (@bkshedevil) made it quite obvious when she joined The Circle Season 5 at the age of 34 that she is incredibly pleased to be a Brooklyn, New York native. She actually looks to be rooted in the neighborhood and to be living life to the fullest. Sam proudly loves her Puerto Rican ancestry and is never hesitant to introduce others to her customs and celebrations.

Having a large, loving family is one of Sam’s greatest delights, especially since she is very close to her mother, her grandma Zaida Marquez, and her sister Sade Carmona. Sam admitted throughout her time on the show that in the past, she had frequently faced criticism for her appearance. However, she made the decision to totally accept herself and be confident rather than letting it bring her down.

Sam appears to like traveling and has visited some magnificent locations across the world, including Jamaica, when she isn’t taking in the attractions of New York. Again, though, she consistently seems to prioritize spending time with her friends and family. Her love of Sneakers, which she is quite passionate about, must undoubtedly be mentioned on her list of interests.

Speaking of sneakers, where can you get Sam’s sneaker-style slippers that are so prominently displayed at her The Circle apartment? They are from Banned Goods, according to Sam. Sam told Bustle, “They sent me a couple of them. And I live by them. I’m a huge sneaker head. I love them with all my heart and soul. I feel like I look like a cartoon character, but I would never trade them.”

Sam Carmona, who proudly holds a profession as a digital content creator, was undoubtedly aware of the idea of The Circle. The Brooklyn native has a large following on social media, with over 775 thousand TikTok followers and 57 thousand committed Instagram followers, which she utilized throughout her time on the show.

Sam’s content appears to be mostly centered on humor and lifestyle, but she is never afraid to share just stunning, aesthetically beautiful photographs of herself or give followers a peek into her day-to-day activities. Similar content may also be found on her YouTube channel. She also has a website where customers can purchase various goods associated with her brand as an internet sensation. In addition, she also works as a freelance makeup artist.

Talking about her relationship status, Sam Carmona does not appear to be dating anyone as of this writing. Although she undoubtedly had her fair share of fans among The Circle cast, the reality star has never given rise to any speculations about her possible partners. Since she is currently single, we assume she is content with her situation and is eager to start new adventures as time goes on.

However, one other participant remains a fan of Sam’s long after the filming concluded. Sam tweeted her admiration for Tom Houghton‘s opening to The Circle Season 5 as she watched it on December 28: “Can I just SAY I LOVE TOM’S intro video HE IS JUST SO …” Although Sam was reportedly speechless, she was able to express her sentiments through a heart-shaped gif.

Shubham Goel a.k.a Shooby From The Circle Season 5: Know His Age & Job Alongside His Instagram and LinkedIn Profile! Read More