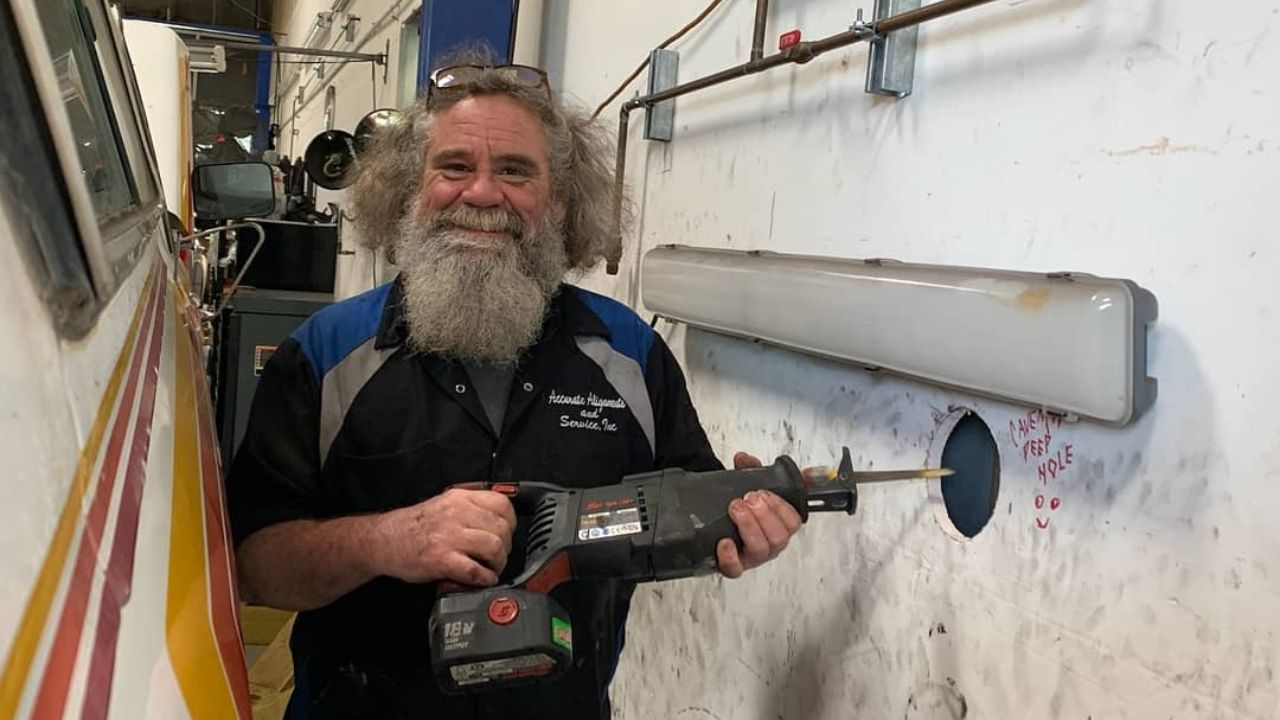 Nicknamed “Caveman” because of his long hair and facial rug, Michael Pyle has become recognized as the funniest personality on the Netflix reality series Car Masters: Rust to Riches.

Mike is enthusiastic about all types of vehicles, from automobiles to motorcycles. He evidently enjoys going out partying, as he has “Let’s go clubbin'” on his Instagram bio while he enjoys Krispy Kreme doughnuts!

The Netflix celebrity now sells his own goods, allowing his fans to purchase a t-shirt with his face on it!

Michael Pyle is a cast member on Netflix‘s Car Masters: Rust to Riches.

The colorful crew at Gotham Garage overhauls an eclectic collection of cars and trucks, trading up to a showstopper they can sell for big bucks.

Many fans wonder if Car Masters: Rust to Riches is real or fake!

Michael Pyle has not revealed details about his relationship status. He has not yet completely disclosed if he’s dating a girlfriend or married to a wife, currently.

Previously, he was linked with a girlfriend named Diane Oliviera. However, it’s unclear if they’re still together.