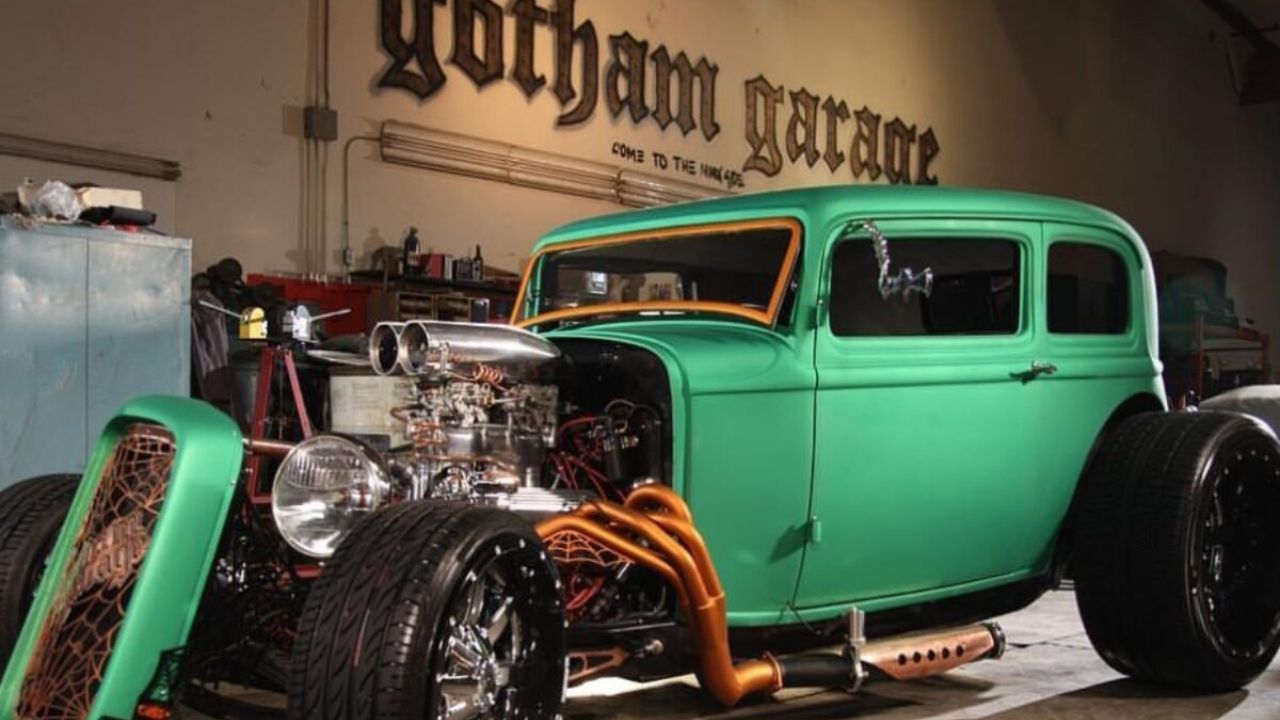 Fans wonder if the Netflix reality series Car Masters: Rust to Riches that revolves around the crew from Gotham Garage is real, fake, or scripted, and which portions are which, if so.

Car Masters: Rust to Riches is a Netflix reality show about Mark Towle and his amazing team of automobile experts that work on numerous car restorations/renovations and then offload the vehicles for a profit.

Because of the popularity of the show, the Gotham Garage group has amassed a sizable fan base. However, their abilities have been called into question as a result of this.

Fans have frequently queried the cast members’ talents and asked how much, if any, of the happenings depicted on the show are true and how much of it is fake. If you’re wondering how much of Car Masters Rust to Riches is genuine, we’ve got you covered with all the details.

How Much of Car Masters: Rust to Riches is Fake?

Such great outcomes are surely feasible with some dough and a lot more time and effort. However, the program does not focus much on the repair and modification process, which has prompted speculation that the reality series is fake.

Viewers of Car Masters have wondered if the team does all of the labor themselves and if they own the skills to accomplish such outputs. Towle is recognized for altering cars for different film and television productions and appears to have some mechanical experience, but many fans have questioned the competence of cast member Constance Nunes.

The single female member of the group does not appear to be an archetypal mechanic, but rather as somebody you might see on the front of a magazine shoot.

Furthermore, a simple look through Nunes’ social media pages reveals that she has a strong modeling career. Many people are unaware that Nunes has worked in the car industry for several years.

Aside from being a model at car events, she has also performed in the service offices of various automobile manufacturers such as Ford, BMW, and Audi. Not only that, but Nunes spent the majority of her childhood assisting in the car shop of her father, Ernie Nunes, a master mechanic and retired amateur racing car driver.

Nunes has successfully shown on Car Masters: Rust to Riches that she possesses extensive knowledge of automobiles and engines and thus qualifies to be a member of the team.

Fans of the mechanic and engine specialist will be pleased to learn that Nunes has opened her own business, Cars by Constance, in Murrieta, California. Nunes went to Instagram in February 2021 to share the good news with her fans.

She went on to say that she is collaborating on an exclusive spot within The Rockstar Garage at their fresh site to construct builds like Dangerstang and the Cyberpunk Mustang.

In the meantime, Shawn Pilot‘s responsibility lies in the negotiating department, and he’s had a few acting credits to his name. As a result, it’s difficult not to wonder if his dealings are really rehearsed dialogue.

While this could be true, there is no proof to substantiate it. Additionally, a few crewmen are acknowledged as the Build Team, implying that the cast of Car Masters does not do all of the labor alone, which is logical given the scope of the undertakings.

In season 2, one of the cars they’re working on gets damaged, and the big boss is obviously upset. The film crew follows Towle as he walks towards the scene of the collision. Normally, such a moment would be taken out of a reality series, but its inclusion shows that the reality show may contain some reality after all.

According to reports, the Gotham Garage team members did, in fact, offer a Plymouth XNR Replica to the Petersen Automobile Museum, as featured in the season 2 conclusion.

Overall, there aren’t enough details to determine if the show is fake, real, or scripted. Like any cool reality program, Netflix‘s Car Masters is likely to have some parts of honesty and some aspects that have been fabricated or dramatized for maximum impact.

However, there is no way of knowing whether what portions of the show are completely scripted, which makes it much more exciting to watch.