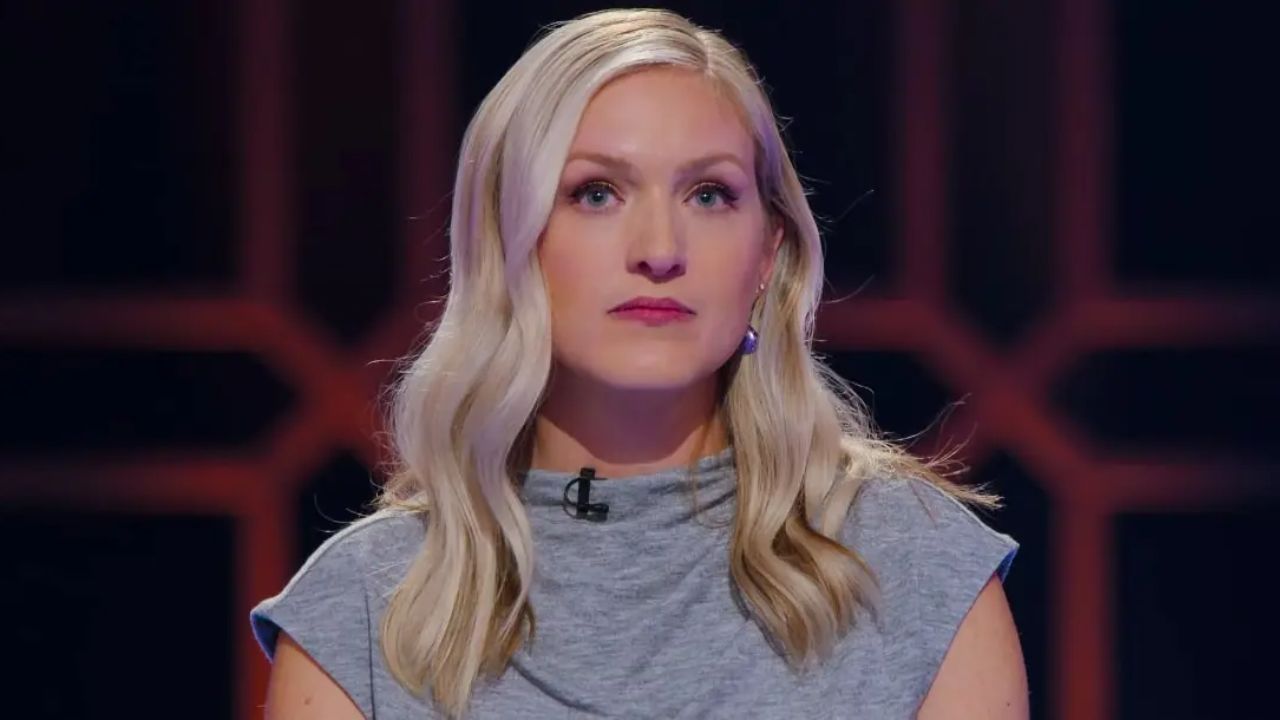 Megan Monteleone from Netflix’s Bullsh*t: The Game Show is a geologist at Apex Energy. Out of 10 contestants, she was the one who won the show and took the $1 million grand prize. The 37-year-old does not prefer to reveal her husband or any other personal detail, however, we know that she has two children. Go through the article to know about Megan Monteleone in detail, including her Instagram.

It goes without saying that game show fans currently have a lot of options on television. Bullsh*t: The Game Show, a trivia competition with a unique twist compared to other shows, is one of the most recent and greatest game shows to attract the attention of Netflix users.

Contestants are given questions in this unique game show, but knowing the proper answers is not the only way to win the ultimate prize. Contestants must either accurately answer the questions or offer a false response convincingly enough for their opponent to believe they are correct.

With almost a dozen of contestants, only one was declared a winner who took away the grand prize. Megan Monteleone took the show by storm, earning a whopping $1 million with trivial knowledge and the art of lying. Let’s get to know more about her.

Previously, we touched on Katie Dolan and Tom Pfost.

Megan Monteleone portrayed herself as a loving Pennsylvania family woman when she first appeared on the Netflix show, but she is so much more. She graduated from Seneca Valley Senior High School in 2002 and possesses a Bachelor’s degree in Environmental Geoscience from Slippery Rock University as well as a Master’s degree from The University of Texas in Austin.

More importantly, as mentioned earlier in the series, Megan is fluent in German as a result of minoring in both the language and business administration during her undergraduate studies.

Megan had always considered herself a nerd because of the numerous scholarships she got during her studies and her inquisitive mind for trivia. Her desire to learn new things, whatever they may be, is matched by her love of travel and her affection for her family, so the term isn’t totally applicable to her.

Megan responded to Howie Mandel‘s question on how she felt about earning the grand prize. She said,

“This is crazy. I love trivia, and I love game shows, and like, this is like the Super Bowl of trivia for me. And I never thought I’d be in a… this position. And I had waffled on whether or not to go for it. And I woke up this morning and said, ‘If you get the chance, you gotta go for it.'”

Megan was able to walk up the cash prize ladder with ease. She answered some of the questions correctly, so even if her opponents thought she was bluffing, she would still win. However, she bluffed her way through nearly all of the questions, and one of the three challengers believed her.

There were three opponents. Ashley was able to determine the majority of the players’ bluffs, whilst Billy did the opposite. Megan was able to incorporate her own personal experiences into the responses, making them sound more genuine. At the $100,000 final lock stage, Megan locked her amount. This meant she’d walk away with at least that much money. However, her will to not give up led her to win $1 million by bluffing.

Megan had stated that she would do everything she could to reach the top without quitting and that she would put every penny of her winnings into her children’s education and travel. She subsequently explained that as a fan of such shows, she had always wanted the contestants to succeed, which is why she felt compelled to go for it when the time came.

According to what we know about Megan’s current whereabouts, she continues to work as a geologist while also fully dedicating herself to her two young children. She truly prefers to stay away from social media. As a result, we don’t know much about her personal life except that she still lives in Pennsylvania’s Greater Pittsburgh area. She also does not seem to have Instagram or any social media accounts.