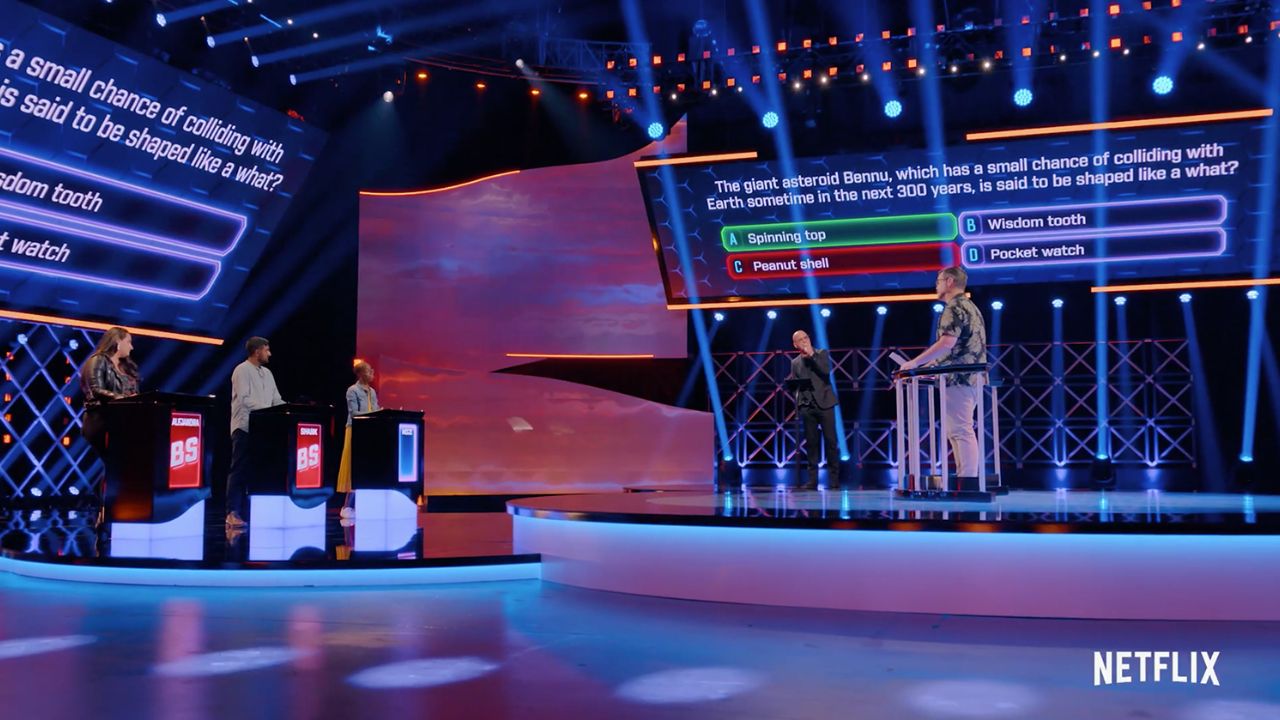 Netflix’s Bullsh*t: The Game Show’s contestants are grabbing viewers’ attention and fans have been wanting to know about them. Bullsh*t The Game Show is unlike any other game show since it offers participants the chance to win up to $1 million by playing trivia, even if they don’t always know the proper answer. Go through the article to know about the winner and other contestants of the show in detail.

Bullsh*t: The Game Show, created by Jonty Nash and Christopher Potts, is a non-scripted Netflix series with an unusual premise. The tournament is based on trivia questions, and the winner gets $1 million. But there’s a problem! It makes no difference whether you know the proper answer or not; all you need to succeed is the ability to convince others that you are accurate. If you succeed, you will move up the financial scale.

The creative concept puts a unique take on classic trivia-based game series, and the Netflix production has gotten some attention as a result. However, unlike most other game shows, this one is not appropriate for persons of all ages due to the severe language used.

Many viewers found the concept of Netflix’s game series, Bullsh*t: The Game Show,  very interesting. The show is on the verge of being popular. Similarly, some fans have been wanting to know about the show contestants. Well, let’s take a have a brief introduction about all the contestants in the show.

Alison Betts is a full-time married mother of three and a content developer for Riveting River Entertainment, with a degree in cinema and media studies from Arizona State University. She has also worked as the director of development for a Chinese film studio and as the narrative head for a Korean-American comic book company, indicating that she has a wealth of experience.

Kathleen “Katie” Dolan (@katierdolan) is a New York native who currently works as the CEO of United Public Affairs and as a member of the Nectar Communications team. People skills appear to be her strength, which is why she has been able to effectively transition from a theater child to a businessman to a politician.

Brian Harris is a bartender, pub trivia presenter, and professional trivia content developer based in Harford, Connecticut, and is possibly the best bullsh*tter contestant on the show. He’s not just a City Steam Brewery employee, but also a Red Robin Gourmet Burgers kitchen manager/chef and a boss at Cracker Barrel Old Country Store.

Cidnee Gray (@itscidnee), a South Florida native, is currently working as a full-time fashion, runway, print, and commercial model, having already secured multiple partnerships, brand ambassador engagements, and appearances in music videos. Despite the fact that she is just a high school graduate, she is actually intelligent and determined enough to attain her goals, smashing the traditional glass ceiling of preconceptions in the process.

Tim Laffredi (@real_tim_othy), a Wisconsinite living in San Francisco, is not only an attorney but also a fitness freak, model, and, most significantly, a dog parent to an elderly canine named Bowser. His social media platforms primarily consist of selfies, thirst traps, and work-related information, thus the one message it transmits is that he will never let anybody hold him back since he is happy with who he is.

Travis Sharp, who is originally from Nashville, Tennessee, now considers Atlanta, Georgia home with his feisty Irish wife and two daughters, Rowe and Pheobe. However, his work as a creative director at Reckon in Atlanta, Benny Boy Brewing in Los Angeles, and his own business SharpCase Creative are not restricted to a particular geographic region.

Tom Pfost (@tompfost) made a career out of being a sales and marketing professional, specializing in items or services with high social sensitivity. It’s no wonder that he now dabbles in the cannabis sector while still working as a performer in the entertainment industry. He recently acted in the short horror film Daddy’s Home.

Megan Monteleone is the winner of the show. She may have won the million-dollar big prize on Bullsh*t The Game Show, but she doesn’t appear to have let it impact any element of her life or identity. After all, she still wants to keep her distance from the spotlight while working full-time as a geologist at Apex Energy, a clean carbon solutions company.

Ashley Johnson, a native of Mansfield, Ohio, used to work for iHeartMedia in Columbus as a morning show radio producer, but she has since progressed too far greater heights. In other words, she is currently situated in New York, where she is putting her digital content and marketing skills to good use as a production specialist at Audible and as a freelance video podcast producer.

Warren Rhem II and his partner Jessica Rhem received their first child, a newborn boy, in January 2022, so his life is probably as chaotic as it is love-filled right now. That’s primarily due to the fact that the Raleigh, North Carolina native is adjusting to his new role as a parent while also attempting to be the husband his wife deserves while continuing to work as a fraud investigator.

Sam Meier (@sammeiercomedy) is a resident of Detroit, Michigan, where he juggles everything from being a performer to a business employee, having long since left the cult in which he grew up. He not only runs the weirdest drag event in town, but he also presents the Couch Potato Queens podcasts for Drag Race and Survivor.