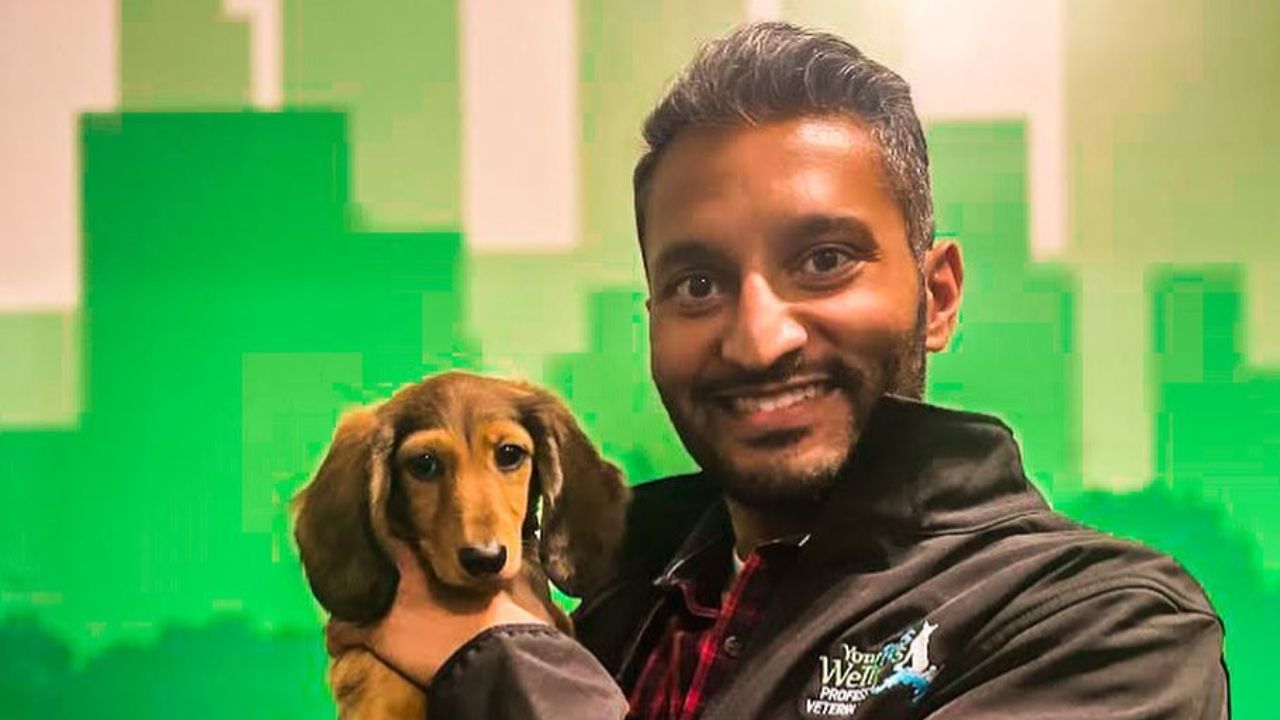 Love is Blind Season 2 had only one Indian guy, Dr. Abhishek Shake Chatterjee. By profession, Shake is a veterinarian at Companion Animal Hospital. Now that the Netflix show has ended, people are curious to know if the vet from Love is Blind moved to India.

With a total of ten episodes, Love is Blind Season 2 premiered on Netflix on 18th February 2022, and the final episode will be released on 25th February.

Thus, almost all people are waiting for the finale, and the exhilaration among people regarding the last episode cannot be put into words as we will get to know the couples who actually get married in the show. So, are you excited?

Among all the contestants of Love is Blind, the Indian white-washed guy, Abhishek Shake Chatterjee was surrounded with negative exposure, and was claimed to be the walking red flag.

With his opinions on girls and women, the spectators started despising him. While the shoot of Love is Blind Season 2 has ended, what is Shake currently doing?

Indian Guy from Love is Blind: What is Shake Currently Doing?

Different from other American reality dating shows, Netflix’s new dating show, Love is Blind Season 2 is catching everyone’s heed, and thus, myriads of people are desperately waiting for the final episode to get released on 25th February.

Basically, this American reality dating show is about the cast members talking to each other in the pods bereft of getting to see each other.

This talking stage lasts for ten long days, and in these days, the participants get to know each other, and eventually, can they meet, get engaged, and go to Mexico for their retreat.

Among 30 cast members, the Indian guy who claims himself to not like any other race other than white, Abhishek Shake Chatterjee, or just Shake was surrounded with extreme hatred throughout his presence in the show.

Born in 1988 in Naperville, Illinois, Shake is currently 33-year-old, and professionally, he works as a veterinarian.

With a perfect career, and making hefty net worth, the Indian man, Shake’s life is what everyone wishes for. However, to fill the vacant seat of love in his heart, he participated in Love is Blind Season 2, and now that the show has ended, many people are curious to know what Shake has been up to.

From his LinkedIn profile, it can be deduced that Shake is back in his professional field, and thus, has been growing as a veterinarian in one of the organizations in Chicago. Stalking his Instagram account, we can see him having fun with his dog, and some of his photos are with wedding dresses, so maybe, Shake is quite busy attending other people’s weddings.

While today, Shake may be in the best possible position in his job, it took him years to reach where he is at today. Graduating with a degree in Doctor of Veterinary Medicine Companion and Exotic Animal Surgery and Medicine, Shake attended the University of Minnesota.

Then, began his career in 2005, working as a Veterinary Assistant. Today, he is one of the eminent veterinarians, and thus, with his presence in Love is Blind Season 2, he started receiving more exposure.

Are Shake and Deepti Together?

The only Indian guy and the only Indian girl in Love is Blind Season 2, Shake and Deepti (@lifewithdeeps) ended up forming a connection although Shake was quite rude to her, revealing that he is only into brunettes, and, isn’t that interested in other races.

However, Deepti eschewed all the futile words from his mouth and paired up with him. Since the last episode is yet to get released, it is quite exhilarating to see if Deepti and Shake will marry each other on the show.

Conversely, talking about today, it appears that Shake and Deepti have parted their ways, and they seem to be together platonically rather than romantically.

Before you leave, check out allegations against Abhishek, and his new girlfriend.