How to Build a S*x Room Cost: The Rooms Like in the Netflix Series, Designed by Melanie Rose, May Cost up to $1M! 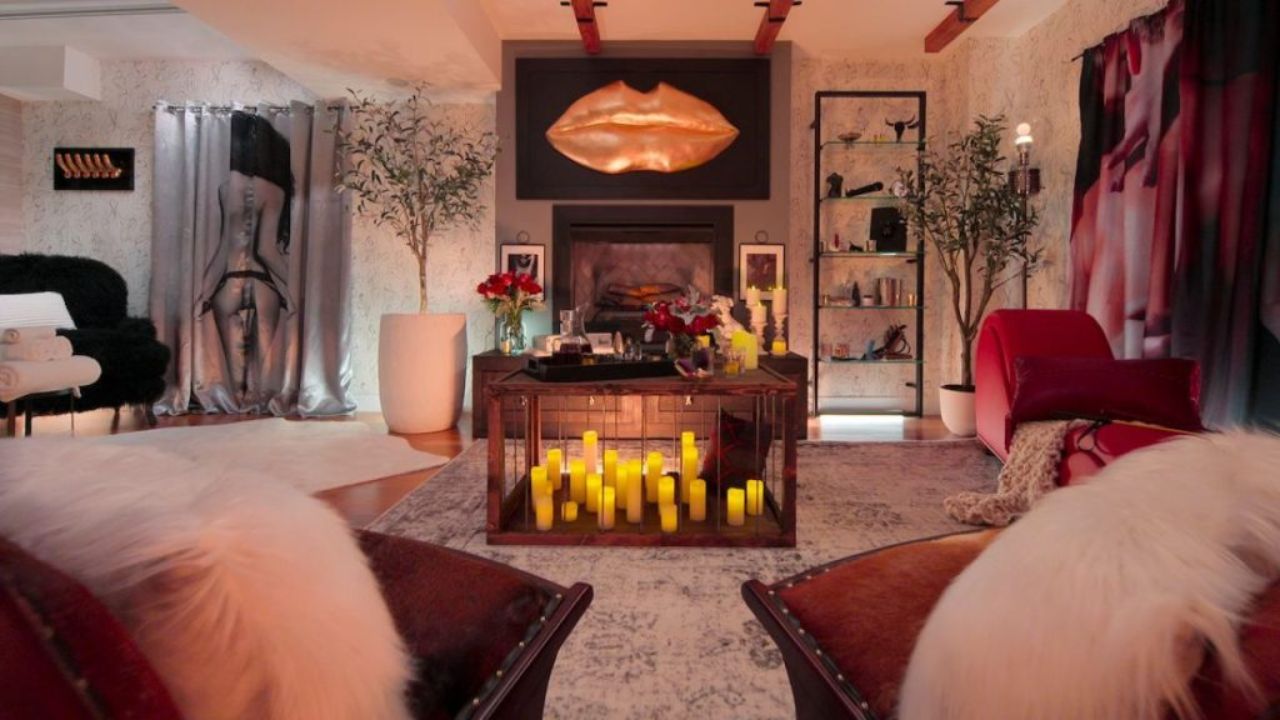 Many viewers wonder how much it would cost to build a room like Designer Melanie Rose built on Netflix’s How To Build a S*x Room. Well, the room may cost from $60M to $1M, according to your preferences. However, we can also fulfill our desires with some DIY understanding. Follow the article to know more about the cost and the Netflix series.

The new reality series, How To Build a S*x Room, on Netflix premiered on Friday, July 8. Interior Designer Melanie Rose serves as the unflappable host. Each episode follows the deceptively correct and modest British interior designer as she meets with various couples who discuss s*xual dreams and request that she turn a room in their home into a private carnal paradise.

Ask Melanie Rose for anything—a s*x swing, a bed suspension system, or a large shower in a secret basement for you and your partners to play in before washing off and her answer won’t ever change. The interior designer, who was born in London, will grant whatever fantasy you may have.

Similarly, many viewers wonder how much the desired s*x room would actually cost as shown in How to Build a S*x Room. Well, here is what we know about the expenses you and your partner would need to fulfill your s*x desires.

S*x rooms may seem like a niche market, but Melanie Rose has focused only on them for the past ten years. Rose, a native of London who moved to Los Angeles after growing up there, has been an interior designer for 20 years. This is her second career after having a successful on-screen and stage performing career. At the age of 13, she made her on-stage debut in a West End production of Annie as Tessie.

But Rose set the stage for a change when she moved to Los Angeles. In order to avoid wasting time while she was unable to work in the United States, she enrolled in a year-long interior design course. She then started her company and hasn’t stopped since. When a long-time client inquired about whether she had ever built a s*x room, it was the final nail in the coffin.

How to Build a S*x Room features a variety of couples, each with their own distinct sense of style. Some people desire what could appear to be an innocently fancy space to a sluggish and inexperienced eye. Others desire more overt infrastructure, such as spa*king benches, X-shaped body restraints, and in one case, a shower big enough to accommodate an entire poly family.

Rose’s creations are both luxurious and amusing. A couple of wall hooks shaped like pen*ses here, an a*s-shaped candle there but there isn’t even the slightest suggestion of foolishness in the designs or their presentation. Rose avoids the nervous giggles that may have ruined a less secure production by approaching her work with a lighthearted yet confident attitude. She explained,

What I really want through this show is to try and get everybody on the same plane and just talk about s*x [without feeling like] they’re being judged… I wanted to have people spark a conversation with their partner like, ‘Oh. That doesn’t seem so bad, does it. Should we try it?’

In order to make sure her client receives everything they want, Rose commissions customized items throughout the series. One of the hilarious scenes in How to Build a S*x Room occurs when Rose, who one client appropriately referred to as the Mary Poppins of S*x Rooms, asks a saddle maker to help her in creating a custom s*x swing.

However, the custom work presented here is merely the tip or, you know, the iceberg. Talking about the cost, prices anything between,  $60k, $70k up to $ 1M+ are what we’re discussing. Seems like a good org*sm is something you can truly purchase.

Those of us with scarce funds but at least some DIY understanding may always purchase a variety of tools, including s*x swings, off the shelf. We just gotta measure and not screw it.

Before leaving, find out if there will be Season 2 of the show.