Griffin Gluck’s Girlfriend: Who Is the Locke & Key Star Dating or Is He Single in 2022? What’s His Relationship With Sabrina Carpenter? 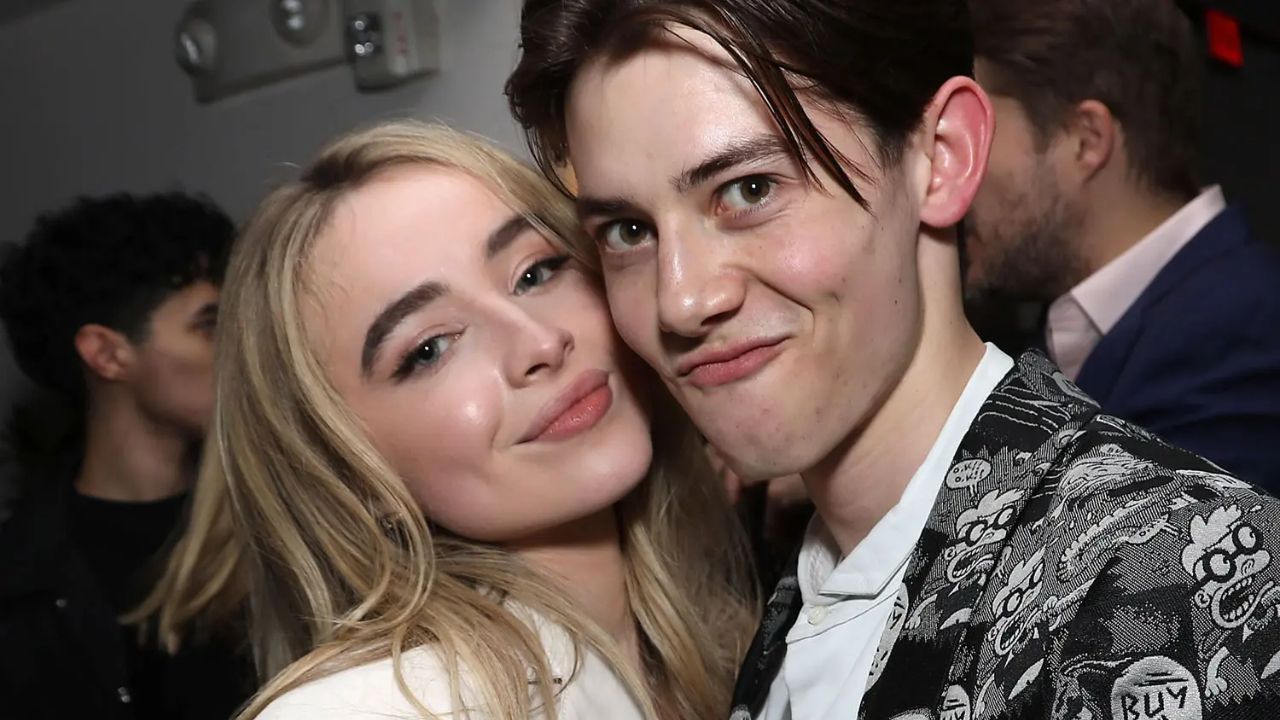 In 2022, Griffin Gluck is single and has no girlfriend, however, looking at his ex-girlfriends’ list, he has been involved with Sabrina Carpenter and Natalie Jones. Griffin Gluck is one of the major cast of Locke & Key, which recently made its Netflix season 3 debut on August 10, 2022.

Griffin Gluck (born on August 24, 2000) is an American actor who is mainly known for his role in the Netflix original movie Tall girl. He is well-known on television for his performances as Danny Gannon in Back in the Game, Mason Warner in Private Practice, and Charlie in Red Band Society.

Griffin Gluck, who is just 21 years old but already has more than fifteen years of acting experience, is one of the up-and-coming young performers in Hollywood to watch.

Additionally, Gluck played the lead role in the Hulu film Big Time Adolescence. He also played Gabe in the Netflix series Locke & Key, and its season 3 recently premiered on August 10, 2022, and appeared as Sam Ecklund in both seasons of the mockumentary American Vandal. In movies, he played Jack Dunkleman in the Netflix original film Tall Girl and Rafe Khatchadorian in Middle School: The Worst Years of My Life.

After Griffin Gluck was recently seen the season 3 of Locke & Key, the viewers want to know detailed information about Gluck and his girlfriend in 2022. Well, here’s everything we have on the 21-years-old actor’s dating history!

Who Is Griffin Gluck’s Girlfriend in 2022? The Locke & Key Star Is Currently Single but He Was in a Relationship with Sabrina Carpenter and Natalie Jones in the Past!

As of 2022, Griffin Gluck (@griffingluck) is still single and has no girlfriend. Looking at the list of his girlfriends, Sabrina Carpenter (@sabrinacarpenter) and Natalie Jones are the only two relationships the 21-year-old has had that have been made public. Perhaps he has been involved with other women, but since the actor keeps his love life so private, we only know that the Locke & Key star has been in these two relationships.

Griffin Gluck and his at-the-time girlfriend Sabrina Carpenter first became met during the production of the Netflix film Tall Girl in 2019, where they were both casts. They began dating in October 2019. Fans believed the couple was dating despite never explicitly addressing it, because of the numerous cute pictures they shared on social media.

Early in 2020, multiple images of Griffin Gluck like Instagram posts with overtly racist, homophobic, and transphobic attitudes went viral online, causing quite a commotion. Others discovered an old Instagram comment where he used the ‘n-word’ as a racial epithet. Griffin, you should know better than to include that in your portfolio!

Despite the uproar from the general public, it appears that the individual himself lacks the desire (or perhaps the courage?) to take responsibility for his errors. Sabrina Carpenter, who was his girlfriend at the time, made the apology on his behalf. On Instagram, the Tall Girl actress expressed regret on his behalf, captioning,

I realized there’s simply no way to have the truth be perceived the way you want… but I am so sorry that someone I have associated with had done things in the past to make you question my character in the present. I didn’t know them at that time. That is not who I know them to be now.

Griffin Gluck has not yet made a statement regarding his romantic status following the breakup with his ex-girlfriend Sabrina Carpenter. Additionally, he hasn’t shared any photos on Instagram since his after-party pics with his ex-Sabrina at the 2020 Golden Globes.

Before Griffin and Sabrina Carpenter ever dated, Natalie Jones was the boy’s girlfriend. Griffin and Natalie kept their connection very private, to the extent that no more details are known other than the name of his ex-girlfriend.

The longest Griffin and Natalie lasted is all we really know. The young ex-couple was together from early 2016 to early 2018. Even the two walked the red carpet together at the December 2016 premiere of Marvel’s Doctor Strange.

Griffin Gluck has only been in relationships with Sabrina Carpenter and Natalie Jones, according to his dating history. The actor, who is 21 years old as of 2022, is still single and he is not involved in a relationship.