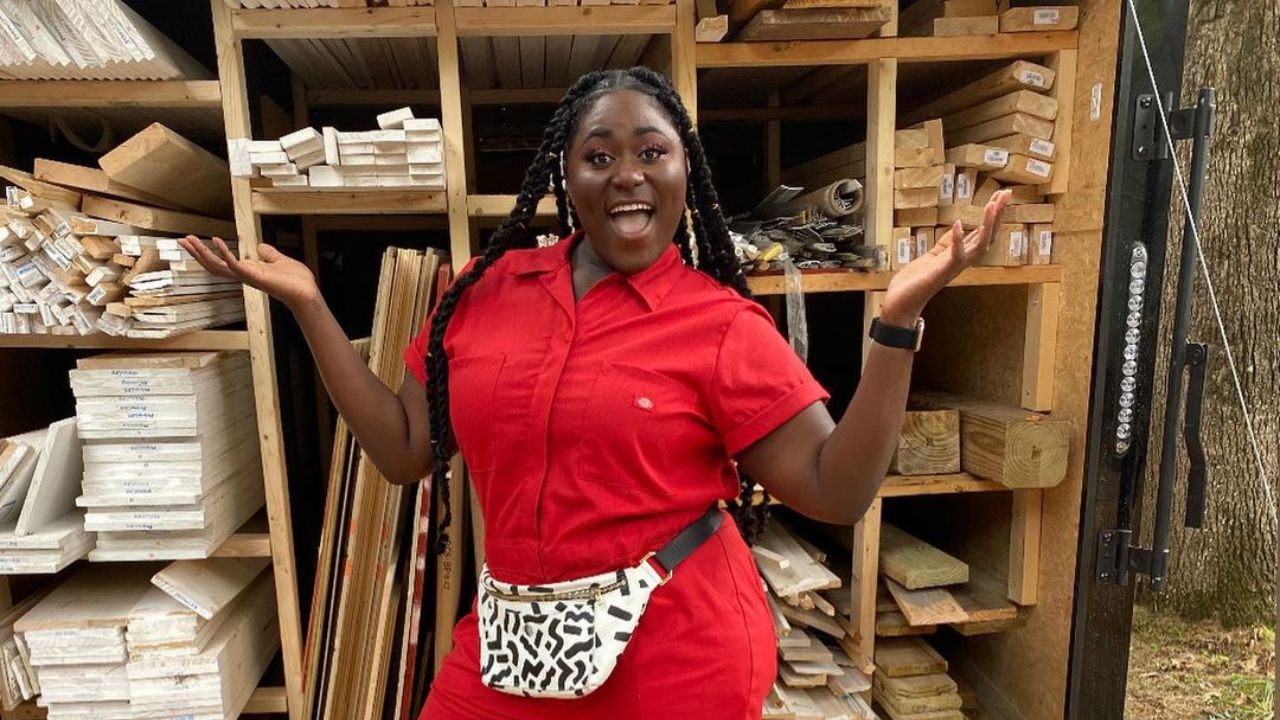 Danielle Brooks, a Grammy Award winner and the host of the Netflix Instant Dream Home, is an actress who rose to prominence after the comedy-drama series Orange Is the New Black. She has worked on movies like Time Out of Mind. Danielle is married to her husband, Dennis Gelin, and also shares a baby daughter named Freya Carel Gelin with him. Danielle Brooks has a net worth of $1 million in 2022. The 5’4″ tall actress took to Instagram (@daniebb3) in August to sing about the difficulties of obtaining a maternity clothing line.

Several deserving and wholesome families might have their dreams of a renovated home realized thanks to Netflix‘s Instant Dream Home program. As the name implies, the new reality series attempts to finish each makeover in only one 12-hour cycle, shattering all prior records for lifestyle and home improvement projects. It mostly follows a group of hard-working, specialist renovators who have the perilous and laborious duty of completely overhauling a deserving family’s home.

With their committed approach, the skilled team also fosters enthusiasm because each team member brings something special to these renovations. One such fascinating host is Danielle Brooks. Her distinctive character and engaging presence in the series have piqued viewers’ interest in her personal life. Here is everything we know about her!

Danielle Brooks, the Host of the Netflix Instant Dream Home, Is an Actress Who Rose to Prominence After the Comedy-Drama Series Orange Is the New Black!

Danielle Brooks (@daniebb3), the host of the Netflix Instant Dream Home is a Grammy Award winner who became well-known for her appearances as Tasha Taystee Jefferson on the comedy-drama Orange Is the New Black. She has also appeared in movies like Social Distance, Girl, and Master of None.

Born in Augusta, Georgia, Brooks was raised in a Christian home in Greenville, South Carolina; her mother was a pastor, and her father a deacon. She made her acting debut in a church-produced nativity play when she was 6 years old. She went to South Carolina Governor’s School for the Arts & Humanities, a performing arts school, for her final two years of high school. She completed her studies in drama at the Juilliard School in 2011.

The Netflix series Orange is the New Black is where Danielle Brooks made her name. She debuted on Broadway in The Color Purple in 2016, earning a Tony Award nomination for the role of Sofia. She will play the part once more in the forthcoming musical movie.

Danielle and her husband, Dennis Gelin, are parents to a baby daughter named Freya Carel Gelin. The actress revealed her pregnancy on Instagram in July 2019 and expressed her excitement for this new journey. Dennis and Danielle first met at a party that Danielle and a friend threw, and she thanked him for supporting her as she followed her aspirations. The Peacemaker actress said she had to make sure she and her spouse spent enough time together in between jobs, much like parenting.

The actress shared photos of her prenatal journey on Instagram and acknowledged that her demanding work schedule had made her anxious about having children. After announcing her first pregnancy in July, Danielle Brooks took to Instagram in August to sing about the difficulties of obtaining a maternity clothing line.

In response to her call, inclusive fashion company Universal Standard contacted Brooks to create a capsule collection of comfortable maternity clothes that may be worn before, throughout, and after pregnancy.

Danielle Brooks resumed her career shortly after giving birth in November of that year, and in 2020 and 2021 she published several projects, including Robin Roberts Presents: Mahalia, in which she played the iconic gospel singer Mahalia Jackson. She and her longtime boyfriend, Dennis, got engaged after her baby Freya was born. On Instagram, Danielle revealed that he had proposed to her in December 2019.

Dennis and Danielle had a wedding ceremony at the Alfred DuPont Building in Miami in January 2022. The actress donned two bespoke gowns by Christian Siriano and Alonso. Freya reportedly acted as the couple’s flower girl.

American actress Danielle Brooks has a $1 million net worth. In 2012, she appeared in the TV movie Modern Love, and in 2014, she appeared in Time Out of Mind. She was honored with a Screen Actors Guild Award in 2015 and a Young Hollywood Award for Breakthrough Actress in 2014.

After giving birth, Danielle Brooks acknowledged that accepting her body was a continual battle, but she is making progress.