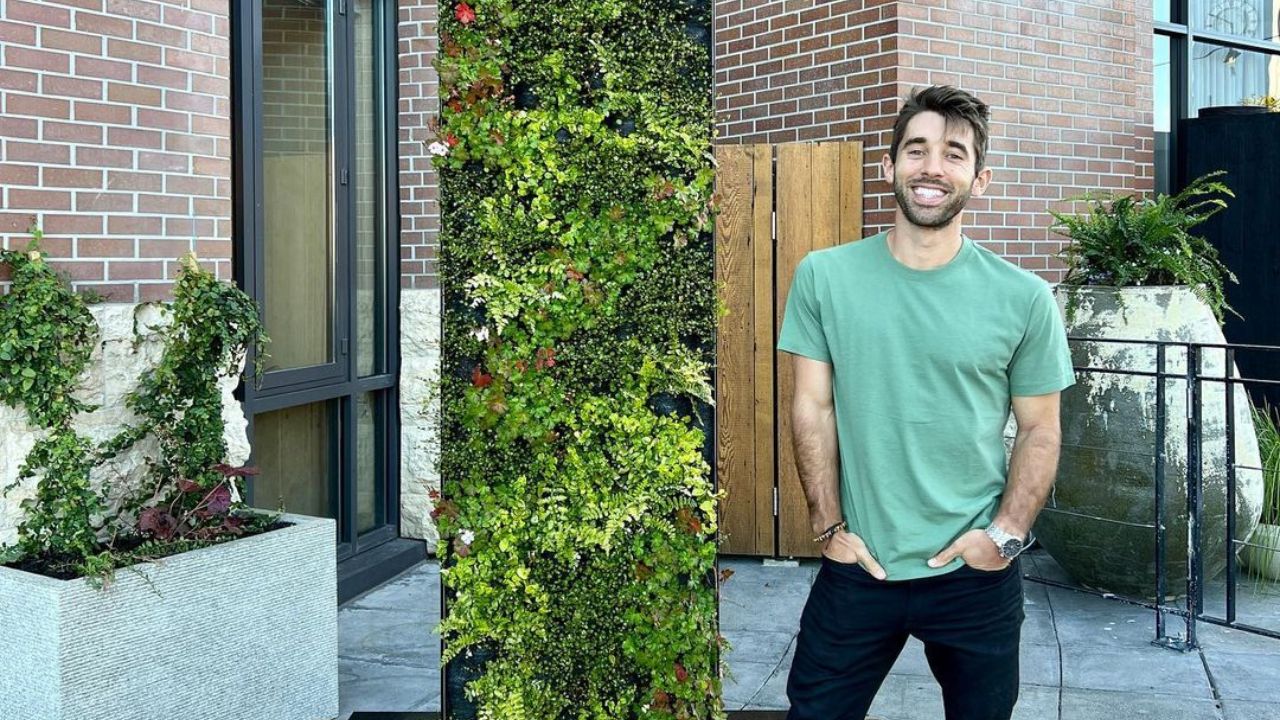 Nick Cutsumpas (@farmernick), the cast of Netflix Instant Dream Home, is the exterior and landscape designer who brought a lot of imagination to refurbishing the homes. Nick was born on April 13, 1992, and is 30 years old as of 2022. Speaking of his height, the reality star stands at 5’9″ tall. Nick Cutsumpas is allegedly dating his partner, Alana Williams, a fellow plant aficionado. He is also active on Twitter under the handle (@farmernicknyc).

Netflix‘s Instant Dream Home program may help several deserving and honorable families achieve their dream of a newly remodeled home. The new reality series, as its name suggests, aims to complete each makeover in only one 12-hour cycle, breaking all previous benchmarks for house and lifestyle renovations. It mostly follows a team of dedicated, skilled renovators as they work tirelessly and dangerously to remodel the home of an honorable family.

The program gives the featured families a positive experience while also providing a glimpse into the labor of love that goes into each skilled renovator. Nick Cutsumpas is one of the cast members of the show Instant Dream Home. His supporters are eager to learn more about him because of the positive exposure his green ingenuity has received. Here is everything we know about Nick if you’re interested in finding out more!

Nick Cutsumpas, 30, Cast of Instant Dream Home, Is the Exterior and Landscape Designer Who Brought a Lot of Imagination to Refurbishing the Homes!

In the Netflix show Instant Dream Home, the cast member, Nick Cutsumpas (@farmernick), is the exterior and landscape designer who brought a lot of imagination to refurbishing the homes. Nick was born on April 13, 1992, and is 30 years old as of 2022. Speaking of his height, the reality star stands at 5’9″ tall.

As far as we can determine, Nick is allegedly dating his partner, Alana Williams (@chewsgoodfood), a fellow plant aficionado. Since the middle of 2020, they have been a unit and are still going strong. Nick and Alana share a love of plants and are frequently seen encouraging one another’s endeavors and advocating for a green lifestyle.

Nick Cutsumpas was born on April 13, 1992, and spent his formative years in White Plains, New York, with his parents and Rachel, his younger sister. Being raised in such a loving environment facilitated his smooth transition into becoming a plant specialist.

Nick said that his sister, in particular, had a motivating role to play because her suggestions helped him in his early years to discover the vast world of plants and start backyard gardening. Nick’s mother, Karen, is also interested in farming.

Nick Cutsumpas completed his undergraduate education and worked in the corporate world, like every other driven entrepreneur, to discover his preferences. From there, he moved on to serve as Satisfi Labs’ Director of Business Development. However, Nick felt empty and as though he was experiencing green withdrawal while working for these large tech corporations. This most likely resulted from his interest in growing tomatoes and other small fruits in his parent’s garden while he was working in the corporate world.

As a result, Nick Cutsumpas gradually decided to leave his work and seek a career in horticulture and plant entrepreneurship as a result of this withdrawal, which prompted him to purchase 95 houseplants at a time. He was confident in his abilities and enthusiasm for his work, which quickly paid off when he eventually attracted over 75 clients and got cast in a reality show about flower arrangements. To market his work and educate his followers about plant development and maintenance, Nick then worked to boost his clientele and develop his social media platforms.

The ‘Instant Dream Home’ pro, earned his high school diploma from White Plains High School in New York, where he captained the basketball and baseball varsity teams and was a member of the National Honors Society.

Nick Cutsumpas relocated to Los Angeles, where he amassed more clients and plant parents in general. His tale has been featured on several websites, including Business Insider, the New York Times, and Vogue. He also took part in The Big Flower Fight reality competition series on Netflix in 2020.

Nick currently works as a landscape and garden designer and participates as the exterior designer for the group of  Instant Dream Home specialists. He is also active on Twitter under the handle (@farmernicknyc).