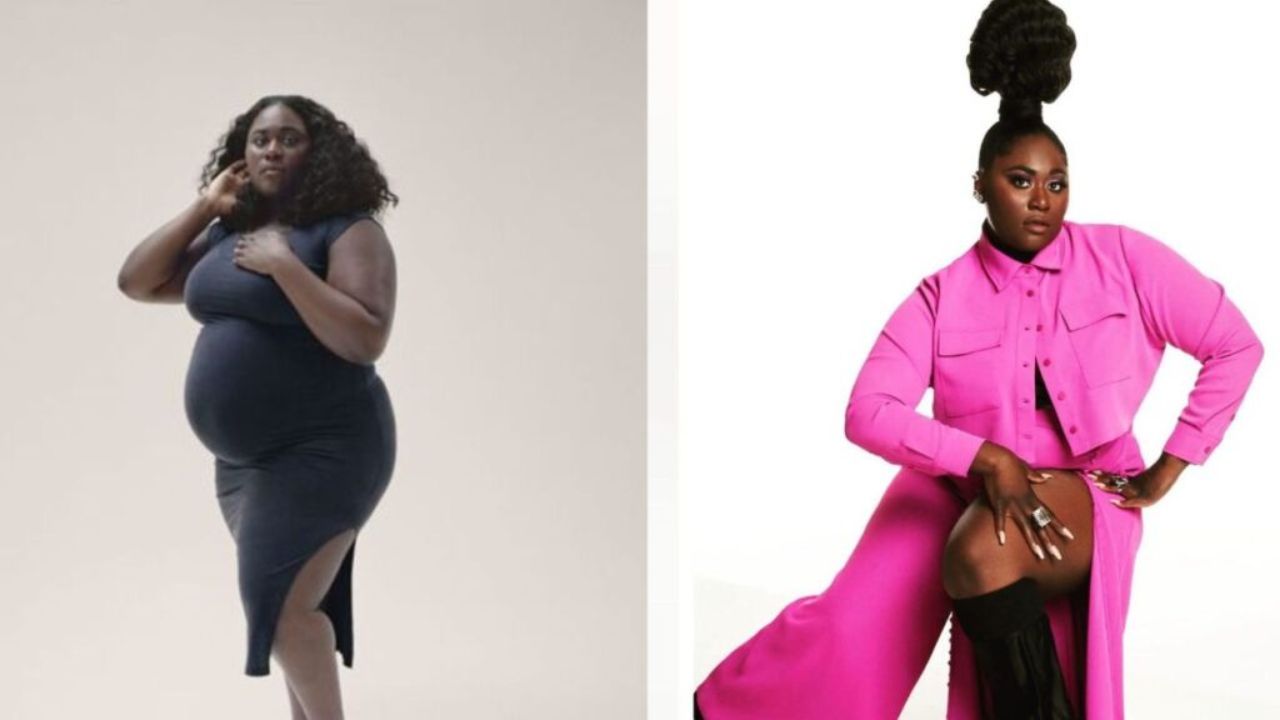 Standing as the Voice of Curves through her Instagram, movies, and shows as well, Danielle Brooks has now embarked on the journey of weight loss in 2022. Giving birth to her baby, the host of Instant Dream Home on Netflix has always been open about her struggles and is now also supporting celebs in their weight loss regime.

Making her way into the limelight as Tasha “Taystee” Jefferson on the comedy-drama series Orange Is the New Black and currently making rounds as the host of Instant Dream Home on Netflix, Danielle Brooks is a Tony Award-nominated actress and singer openly voicing body positivity through her platform.

With her roles as Leota Adebayo on the superhero series Peacemaker, and Sofia in the 2015 Broadway production of The Color Purple, Danielle Brooks is living in the hearts of her fans with her charm and charisma. Growing up in South Carolina, studied drama at the Juilliard School and graduated in 2011.

Fans recently are noticing how much of a change the actress has undergone. After watching artist Lizzo defend her decision to embark on a detox diet, Danielle announced that she is now eating a better diet. Embarking on her weight loss journey, Danielle Brooks is currently on highlight. So, here’s everything you need to know about Danielle Brooks’s weight loss.

Sparkling in every role she steps on, Danielle Brooks (@daniebb3) is a well-known face in the entertainment biz. Promoting body positivity, Danielle is now on her weight loss journey.

Danielle, who refers to herself as “the voice of curves” with her hashtags, has talked about her body image since her attempts to lose weight after giving birth to her daughter Freya in 2019 weren’t successful.

The actress admitted that while carrying her baby, she put on 60 pounds. She said that after giving birth, she was unable to maintain her normal body weight, but she has now shed about 20 pounds.

I’ve muted my voice for a few months now out of shame. I felt shameful about gaining weight. Even though I brought a whole human into the world, I still felt shameful because I wasn’t able to maintain my normal body weight post-pregnancy. And a year later I have only lost roughly 20 lbs. of a 60-lb. weight gain. I was quiet in hopes to post that snatchback photo like so many celebrities miraculously do.

Along with defending Lizzo on her detox diet, Danielle also revealed what she has been doing to keep her weight loss in check. She shared:

I’m doing all kinds of diets, cleanses, making all kinds healthy choices. Not because I don’t love myself now, but because I DO love myself, my body and my mind. [Because] I want to continue to feel strong and sexy without catching ‘the sugars’ [diabetes] or any other disease. It’s okay showing the in between of growth. You ain’t always gotta have it all the way together. Just speaking from the heart.

Also posting videos of herself doing workouts, Danielle, currently 32 years, is surely passionate about her body transformation journey and is motivating her fans and followers as well.

Fans have observed a shift in Danielle’s confidence and beauty ever since she disclosed she will be hosting Instant Dream Home. It’s easy to see how pleased she is as she smiles for photographs and flaunts her curves while being on a health regime to lose weight.

In addition to her debut on Instant Dream Home, Danielle recently debuted a clothing line with 11 Honoré. Fans are praising the Orange Is The New Black star for showcasing her newly found confidence in her recent photoshoots.

Danielle Brooks was a regular on Netflix when she was a member of the cast of Orange is the New Black, but she now has a brand-new position as the host of  Instant Dream Home. In June, the actress posted on social media about her new position. She tweeted,

So excited to finally announce I got this cool opportunity last summer (well before the pandemic) to be the host of ;Instant Dream Home’ airing on @netflix on August 10. It’s a really special heartwarming show changing people’s lives one home at a time. Grab tissues.

A number of households are featured in the home improvement program that will have a team of experts renovate and upgrade their houses in only 24 hours. According to Netflix, the ensemble also includes Adair Curtis of Styling Hollywood in interior design, Erik Curtis, a carpenter, Nick Cutsumpas in external design, and former Project Runway participant Paige Mobley for special projects.

According to Architectural Digest, the first season of Instant Dream Home contains eight episodes, each of which will focus on a family that has made a difference in their neighborhood but whose home needs a lot of TLC.

The person who nominated these deserving homeowners is also responsible for getting the nominee and the rest of their family out of the house so Danielle Brooks, the host and team leader, and the rest of the cast can work their magic.