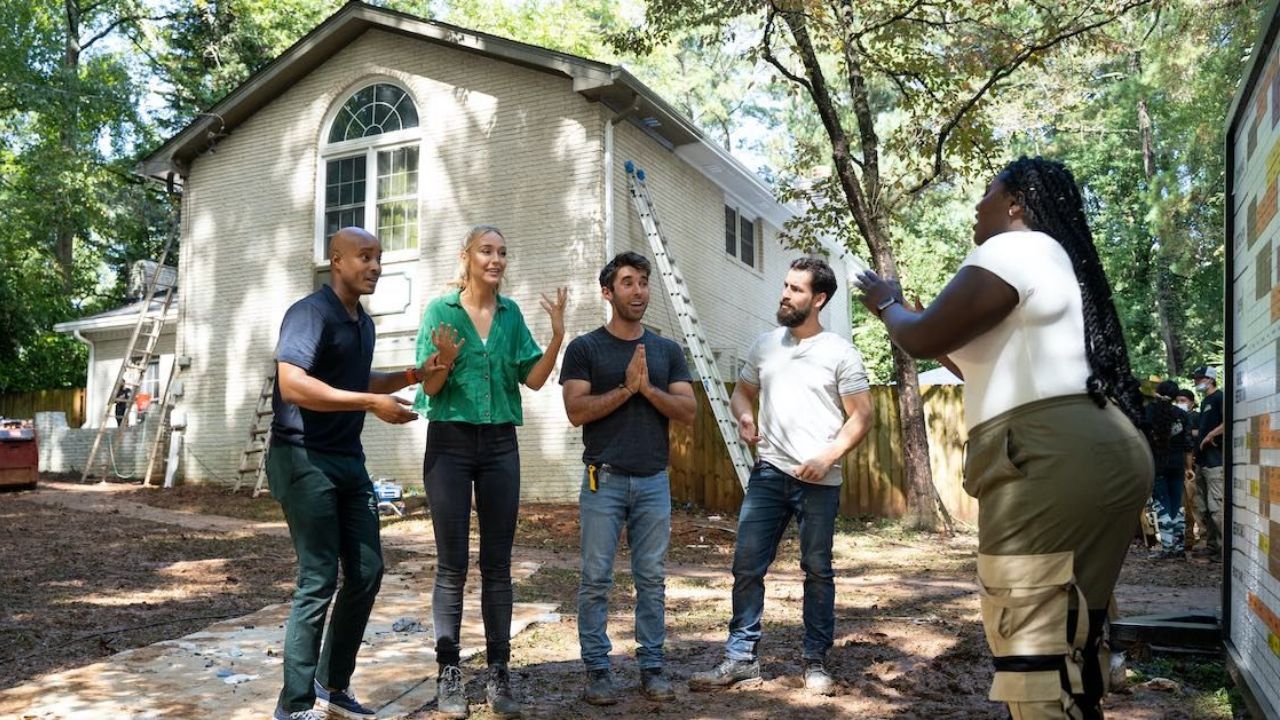 The Netflix Instant Dream Home cast includes Adair Curtis, Erik Curtis, Nick Cutsumpas, and Paige Mobley, along with Danielle Brooks as the host. Season 1 of Instant Dream Home debuted on Netflix on August 10, 2022, and it seems like a pleasant program to watch.

Instant Dream Home on Netflix, hosted by Danielle Brooks, combines every appealing aspect of a restoration series into a single program. Typically, the families whose homes are being flipped are unaware of the impending changes in their lives. In the first season of the reality show, most families leave their homes under the watchful eye of a person who is covertly employed by the production team.

The conspirators strive to keep the homeowners engaged for a whole 12 hours, but the renovators do their best to turn the homeowners’ visions into reality. The accomplices believe that this may be the best approach to respect the sacrifices made by the people featured in the show, who have typically contributed greatly to the community. The first season of the show just finished airing, and viewers are interested in learning more about the cast. So, here is everything we know!

Adair Curtis, Erik Curtis, Nick Cutsumpas, and Paige Mobley are the cast in the show Instant Dream Home. Danielle is undoubtedly very accomplished, but she couldn’t remodel an entire house by herself. Instant Dream Home looks to be a fun show to watch with Danielle Brooks as the host and other cast members, including Adair, Erik, Nick, and Paige, as the builders.

Season 1 of Instant Dream Home debuted on Netflix on August 10, 2022. There are eight episodes in Season 1, and various families’ homes are changed during the program. Within a single 12-hour period, the renovators go to work on the homes and completely transform them. Let’s explore more details about the cast members!

Danielle Brooks (@daniebb3), the host of the show, was born on September 17, 1989, and became well-known for her portrayals of Leota Adebayo on the superhero series Peacemaker and In the comedy-drama, Orange Is the New Black, as Tasha Taystee.

Brooks, 32, is a producer and an actor. She completed her studies in drama at The Julliard School for the Performing Arts in 2011. She has additionally made appearances in the films Social Distance, Girl, and Master of None.

Nick Cutsumpas is a member of the cast and a designer for the exterior of the production. He is the author of the book Plant Coach: The Beginner’s Guide to Caring for Plants and the Planet.

The planner has put a lot of effort into protecting the environment. He is the creator of Farmer Nick, a business that offers planting design services. His goal is to empower individuals with the information and assurance they need to design their own green spaces in the interest of environmental action and lead more environmentally conscious lives.

He describes himself as a Plant Coach, urban gardener, and landscaper on Instagram, where he is active under the handle (@farmernick).

Adair Curtis (@adair_curtis), the cast member of Instant Dream Home, has been employed by JSN Studio since 2014. Curtis, 42, is well-known for appearing in programs including Black Love (1996), Access Hollywood (1996), and Styling Hollywood (2019). The co-founder and CEO of JSN Studios is a native of Los Angeles.

Adair works as an exterior designer. He graduated from New York University with a degree in Digital Media Marketing Strategy. He was appointed brand manager at Def Jam Enterprises, LLC in 2009. Adair spent three years there before switching to Rush Communications as their Vice President.

The carpenter has also served as an instructor at several prestigious colleges across the US, including the Lohr School of Woodworking and the Center for Furniture Craftsmanship. He started working as a carpenter full-time at Robin Curtis General Contracting in 1987. Last but not least, in 1998, the Instant Dream Home cast member founded and currently leads his own construction company, Eric Curtis Construction Ltd.

Paige Mobley (@paigemobley), 28, works as a special project expert. She studied theater as her major at Loyola Marymount, and in addition to being competent in renovation, she is also involved in the entertainment industry.

She is the daughter of photographer Paul Mobley and has acted in movies such as Gossip Girl (2012) and Transformers: Age of Extinction. She also served as a guest spokesperson on The Ellen DeGeneres Show for Will Forte and Carrie Underwood. She has additionally participated in America’s Next Top Model.