Brett Robinson From The Circle Season 5: Meet the Big Brother 20 Cast on Instagram! 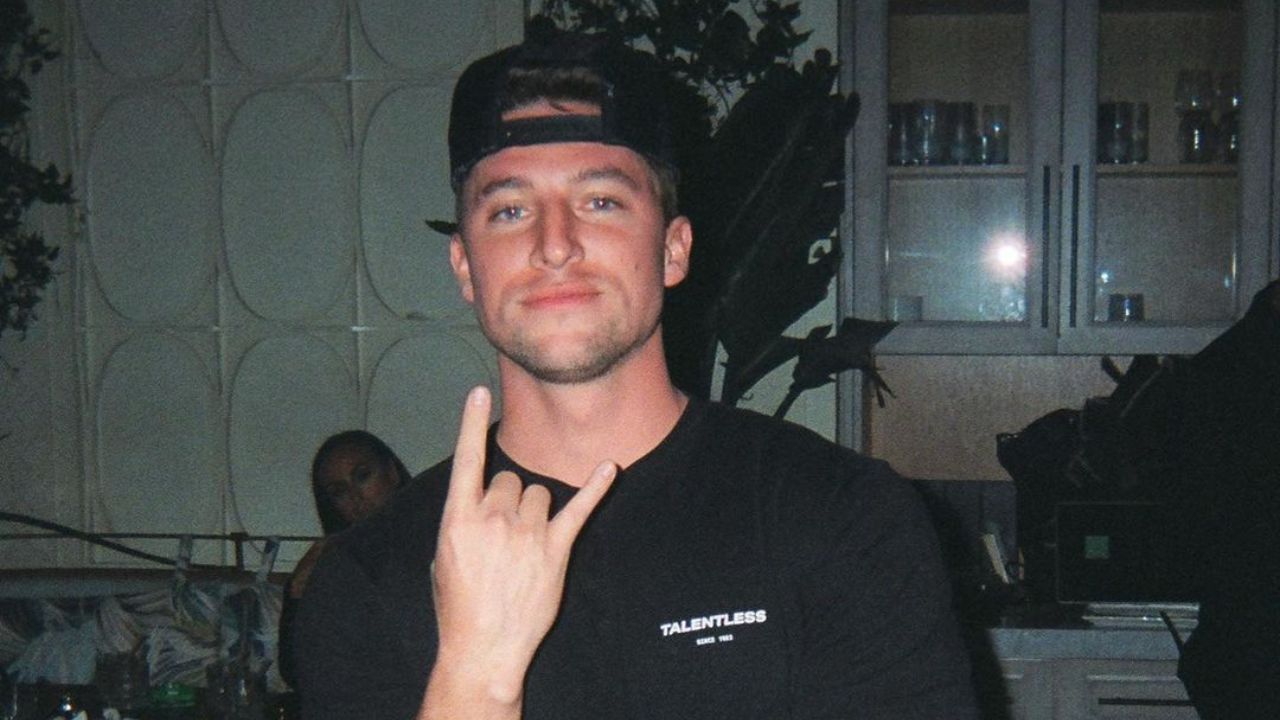 Brett Robinson, one of the cast members of Netflix’s The Circle Season 5, previously was a contestant in Big Brother 20. The 28-year-old was, however, labeled as one of the most annoyed and egoistic personalities in the show back then. According to him, he participated in The Circle to change people’s thoughts about him. Follow to know more about Brett with his Instagram handle (@brettwrobinson).

The Circle, a popular Netflix reality series, has returned and is now airing its fifth season. The host of the show, Michelle Buteau, follows a group of participants as they compete to be chosen as the most well-liked “influencer” by interacting exclusively online.

Players of the show can create their own profiles for the games and play as either themselves or completely other people without ever meeting or even hearing the other players’ voices. The Season 5 cast also includes Shubham Goel, also known as Shooby, from the first season.

Brett Robinson, who competed on Big Brother 20 in 2018 and finished sixth overall, is another face viewers may remember. Fans of the CBS reality series may remember that Robinson’s controversial scheme got him into trouble, raising concerns about how he may behave in The Circle. However, there are many viewers of the show who are unfamiliar with Brett and wish to learn more about him. Well, let’s get started.

In his introduction for The Circle, Brett Robinson (@brettwrobinson) says, ” The biggest misconception about me is that I’m a douchebag. When in reality, I’m a lovable douchebag.” Meaning, the 28-year-old is on a mission to clarify any misunderstandings over his alleged on-screen ego. Brett participated in Big Brother Season 20 in 2018 and said in a pre-show interview that he planned to “rotate face” to keep the other players on their toes. He said,

I also plan to lie about my current occupation and life. I want people to think I am just a dumb surfer/model guy. Then, I will slowly plant my seeds of stories throughout the entire house, causing chain reactions that I will have to dynamically calculate on the fly.

However, Brett’s Big Brother season didn’t quite go as planned. Due to his dishonesty, Brett was unanimously dismissed from his alliance and finished the competition in sixth place. He had an alliance with Tyler Crispen and Angela Rummans, but they caught him off guard by utilizing their “power of veto” to eliminate him from the game. However, Robinson became popular in the house prior to being sent out for his tendency to stir the pot and start some significant arguments.

What does Brett do if he isn’t just a surfer/model guy, as he claims? This time, Brett opens The Circle on a more honest note by admitting that his real work is, in fact, in cybersecurity. Brett identifies his job as a corporate account executive at a Dallas-based software business on what seems to be his LinkedIn profile.

Similar to his original The Circle profile, Brett’s Instagram page is filled with pictures from his trips, workouts, and lots of shirtless shots. As Brett explains on the show, “it’s not just hot boy summer – it’s hot boy all year round.”

Three participants were acting as catfish at the start of this season of The Circle, as we had Brian Clark acting as Brittney, Billie-Jean Blackett acting as Bruno, and Tasia Lesley acting as Tamira. However, Robinson was acting honestly and seemed to be extremely open with his co-stars. Overall, it appeared like Robinson had changed his cold-blooded Big Brother strategies for his time on The Circle, playing the game honestly and being more open about his profession and attitude.

This all changed, however, towards the conclusion of the first episode, when influencers Chaz Lawary and Raven Sutton respectively blocked Robinson and his co-star Xanthi Perdikomatis. The Circle requested that Robinson and Perdikomatis meet before packing their bags and leaving for home.

Then, in a shocking turn of events, they were informed that if they stayed together and used a false identity to trick the other competitors, they could still remain in the competition. Following their mutual consent, the two were given the fictitious profile of Jennifer, a 51-year-old cougar who is a certified dog trainer.

Therefore, it appears that Robinson is going back to his earlier Big Brother strategies after all. As a result, fans may witness the devious Robinson make use of his social abilities to forge relationships and alliances while playing as “Jennifer.” But viewers will need to watch to see if Robinson and Perdikomatis can pull off collaborating on a false profile and move up from the sixth place.