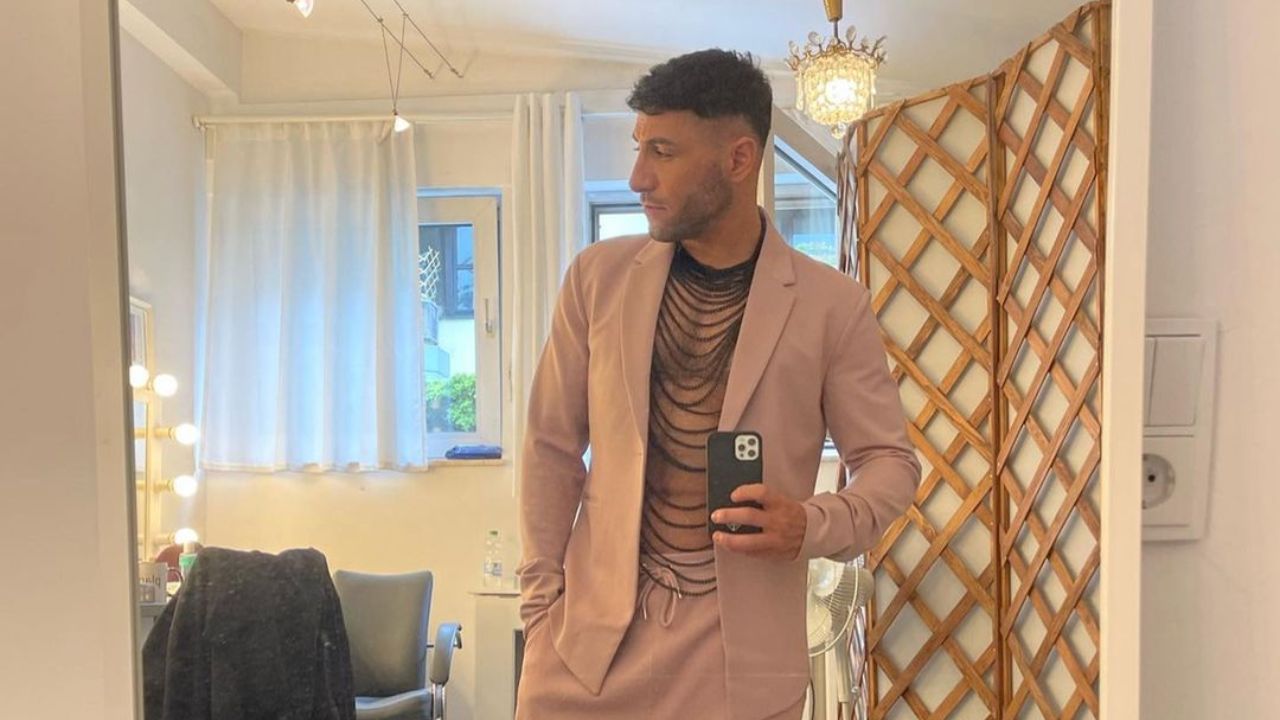 This reality show was released on 9th March 2022 and has a total of six episodes. The five cast members: Leni Bolt, David Jakobs, Ayan Yuruk, Aljosha Muttardi, and Jan-Henrik  Scheper-Stuke, claim themselves as fab fives and are part of the LGBTQI community, thus, Queer Eye Germany is a strong representation of this community.

As of now, let’s get to know about Ayan Yuruk, the cast with having specialty in interior designing.

Who is Ayan Yuruk from Queer Eye Germany?

Schlepping a total of six episodes, a new Netflix reality show, Queer Eye Germany was released on 9th March 2022. The show has five cast members: Leni Bolt, David Jakobs, Ayan Yuruk, Aljosha Muttardi, and Jan-Henrik  Scheper-Stuke, and these people claim their group as fab fives, and they all are part of the LGBTQI community.

Even though these cast members met each other through their cast on Queer Eye Germany, they seem to share a strong friendship with each other.

Ayan Yuruk is a German television reality star, immensely popular for his cast on Queer Eye Germany. Being a part of fab fives acted as a benediction, and thus, today, the Berlin-based star, Ayan is receiving more fame and is quite famous on Instagram too.

In addition, Ayan Yuruk has opened his company, @showzberlin, a holistic brand that combines independent creators, local ecosystems, and storytelling with leading-edge technology. From his LinkedIn profile, it has been found that between 2015-2018, Ayan served as Head of Creative for Villeroy & Boch, the largest manufacturer of premium ceramic and porcelain products in the world.

Today, his company has designed 360 creative projects for clients. Totaling his income from all different sources, it has been estimated that Ayan Yuruk makes around $2-3 million. Presently, his life isn’t just confined to money but the public exposure from Queer Eye Germany has brought wider recognition to his life.

He tends to keep his personal life information limited to himself, to that point, we assume, he is probably in his early 30s.

Is Ayan Yuruk from Queer Eye Germany Dating Anyone?

One of the cast members from Queer Eye Germany, Ayan Yuruk is known as the interior of the show. He helps people coming to the show with fixing their houses and doing the best possible makeover.

Before Ayan made his cast on Queer Eye Germany, many people didn’t know about his existence, subsequently, with his rising fame, people are curious to know about his love life.

Due to Ayan’s discretion on his personal life information, it is almost impossible to track his relationship status. None of his Instagram posts is related to his love life, and there’s a high possibility that Ayan Yuruk is likely to be single.

It could be because Ayan might be in that stage of his life where his eyes are stuck at his career goals rather than love, to that point, his first priority seems to be his professional field.