Yearning for Zion Ranch in Eldorado, Texas: The YFZ Ranch Was Sold in 2018 & Is Known as ETG Ranch Today; Know What the FLDS Built Inside It! 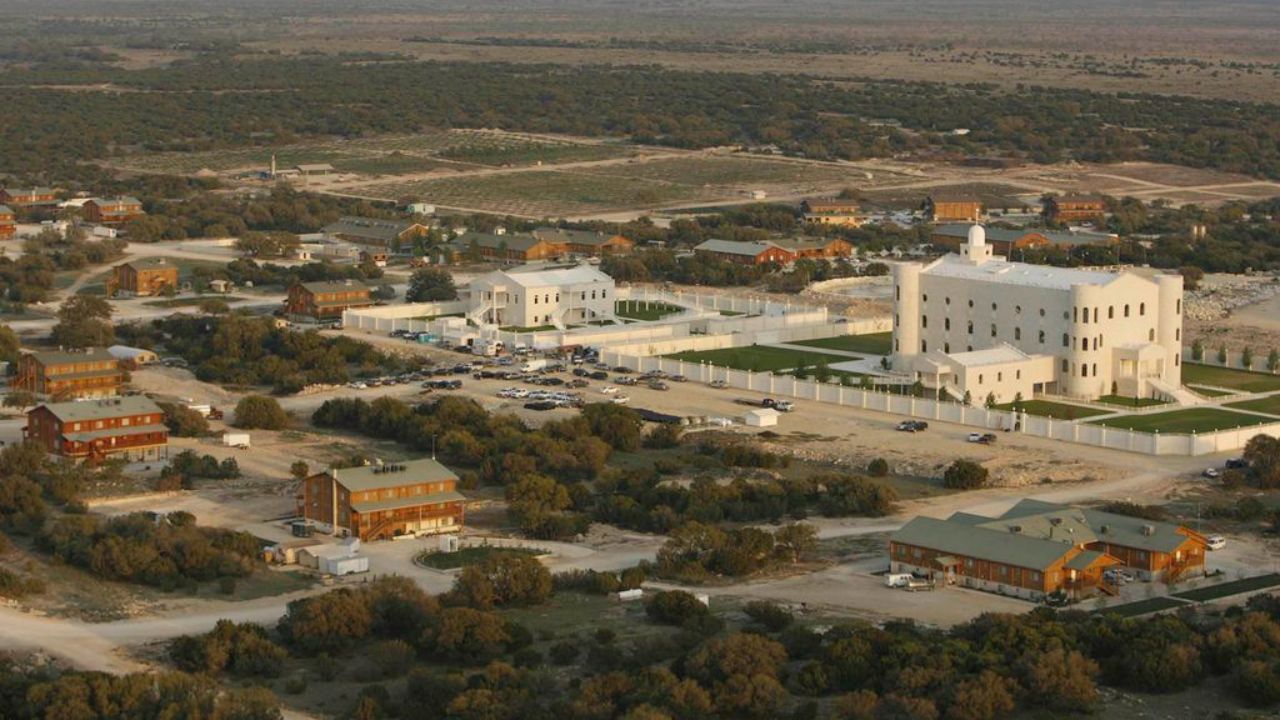 Netflix’s ‘Keep Sweet: Pray and Obey’ also mentions the YFZ or Yearning for Zion Ranch located in Eldorado, Texas, which was purchased by an FLDS member in 2023. The FLDS built 500-700 homes, a temple, a waste treatment plant, a meeting house, and a 29,000-square-foot residence for Warren Jeffs, among other things inside the ranch. However, the property was raided in 2008. The government seized it and sold it to ETG Properties for $4.17 million in 2018. The Yearning for Zion Ranch is known as ETG Ranch today.

Keep Sweet: Pray and Obey on Netflix is a true-crime series that investigates the culture, rituals, and abuses perpetrated by the Fundamentalist Church of Jesus Christ of Latter-Day Saints (FLDS), an extremist offshoot of the Mormon church.

It delves into the church’s culture and customs, such as establishing patriarchally defined gender roles within the society and distancing themselves from the secular world in order to practice polygamy, which is prohibited in the United States. It also explains how previous leader (called Prophet) Warren Jeffs rose to power and replaced his father Rulon, and how his dictatorial leadership exacerbated corruption and abuse, including sexual assault of youngsters.

The director used recorded evidence to show the weirdness of FLDS society, in which women dressed (as one speaker pointedly puts it) like Laura Ingalls, and men spoke in holier-than-thou tones that belied their baser aims, as one speaker described it.

Despite being convicted of two counts of child sexual assault, Warren Jeffs remains the Prophet (in absentia). There were numerous additional allegations leveled against him, but only the horrible events at the YFZ or Yearning for Zion Ranch were shown to be true.

Previously, we touched on Rodney Holm.

Yearning for Zion Ranch in Texas: The YFZ Ranch is Known as ETG Ranch Today After Being Sold in 2018; Know What Things Were Built Inside!

The Yearning for Zion Ranch, or YFZ Ranch, was a 1,691-acre property located 45 miles (72 kilometers) southwest of San Angelo and 4 miles (6 kilometers) northeast of Eldorado, Texas. According to sources, it was purchased by an FLDS member in 2003 with the intention of using it as a hunting refuge, but it quickly grew into a complete village for the denomination.

The then-empty area was so developed to include 500-700 homes, a temple, a waste treatment plant, a meeting house, and a 29,000-square-foot residence for Warren Jeffs, among other things.

In early 2008, authorities began a detailed investigation into a hoax call alleging physical and sexual abuse of a 16-year-old girl at the FLDS Church’s YFZ Ranch. That’s because, while the tip turned out to be false, the information around it prompted them to suspect the youngsters there had been mistreated or were in serious danger of future abuse.

A search of the temple turned up beds, and a spokeswoman for Child Protective Services admitted there was a systematic process going on to groom [the] young girls to become wives. The Guardian reported that several underage girls were pushed into spiritual marriage with considerably older men as soon as they entered puberty and were subsequently made pregnant.

These unions were all approved by the Church’s leader or acting leader, resulting in the arrest of 462 minors (including boys). It’s also worth noting that, before his arrest in 2006, FLDS President Warren Jeffs utilized the Zion Ranch as his personal perverted Playboy Mansion.

The Ranch raid in April 2008, which revealed the majority of this information, also revealed that 31 girls ages 14-17 (of the 53 identified) were mothers or pregnant, confirming every allegation. Despite the subsequent sex crime charges and legal actions, two-thirds of the families returned to YFZ within a year of the investigation, and its leaders promised to end underage marriages.

However, things really turned for the better after the evidence collected here basically ushered in Warren’s 2011 conviction. The Attorney General’s Office began filing motions in November 2012 because Texas law authorizes authorities to seize properties that have been used to commit or aid specific criminal activities.

In April 2014, the State took physical and legal possession of the YFZ Ranch after the FLDS Church did not fight the forfeiture filed in any way, shape, or form. Since then, the estate was sold to ETG Properties for $4.17 million (in November 2018), renaming it the ETG Ranch for good.