Rodney Holm FLDS: Ex-exiled Member Who Won the Custody of His Children; Where Is He Now? 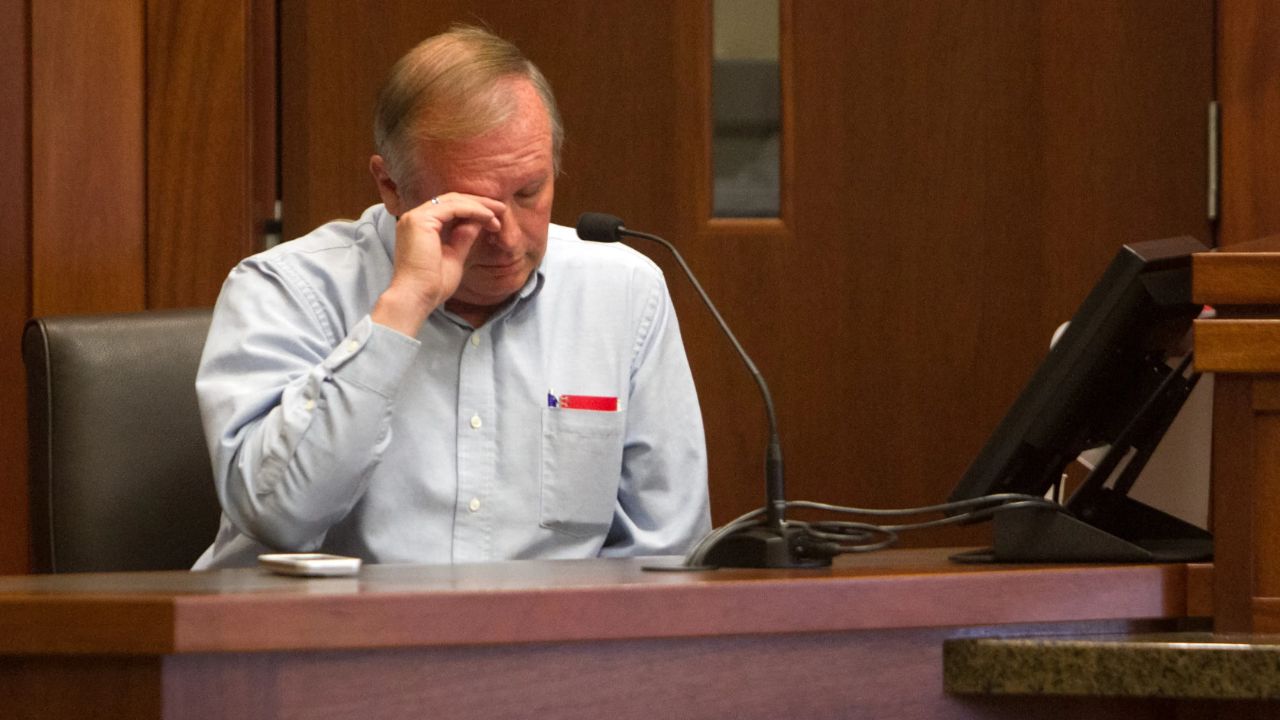 Rodney Holm was a former cop and a former member of the Fundamentalist Church of Jesus Christ (FLDS). He had at least 20 children from his three marriages and was sentenced to a year in prison for bigamy and illegal sex with a girl he took as a third wife. Holm filed a lawsuit for the children’s custody. Go through the article to learn more about Rodney Holm.

As his influence rose inside the society, Warren Jeffs expelled some of the FDLS’ most senior members, began marrying off underage girls, divided families, and served as the sole gatekeeper for the Yearning for Zion ranch in west Texas, which he erected for only the holiest believers.

After learning about the heinous acts committed by the guys at the top, particularly the disturbing and disgraced police officer, Rodney Holm, viewers were overwhelmingly concerned. So who is Rodney Holm and what has he done? Well, here is all we know!

Previously, we touched on Diane Weyermann’s cause of death and Zion Ranch.

Rodney Holm From FLDS: Where is the Ex-member Now?

Rodney Holm was a former cop and a former member of the Fundamentalist Church of Jesus Christ of Latter-Day Saints (FLDS). As stated in the documentary the FLDS is a polygamous religious sect that emerged from the Mormon movement. Rodney, a police officer, lived with his three wives and their 20 children in a five-bedroom home in Hildale, Utah, near the Arizona border.

Rodney Holm had at least 20 children from his three marriages, and following his conviction, he lost his officer credentials for Hildale and Colorado City. The polygamous Fundamentalist Church of Jesus Christ of Latter-day Saints is home to the majority of the population of the border communities. Holm and his supporters have maintained that Utah is pursuing polygamists based on their views on a case-by-case basis.

As shown in the show Keep Sweet: Pray and Obey, Polygamy was a component of The Church of Jesus Christ of Latter-day Saints’ early beliefs, but it was abandoned as the region pursued statehood more than a century ago.

Rulon Jeffs, the leader of a breakaway Mormon group known as the Fundamentalist Church of Latter-day Saints, allegedly ordered Stubbs to marry Holm in 1998. Stubbs was 16 years old at the time. Holm, who was 32 at the time, had two spouses, one of whom was Suzie Holm, Stubbs’ older sister.

Rodney was sentenced to a year in prison for bigamy and illegal sex with a girl he took as a third wife when she was just 16 years old. Holm also disobeyed Utah law, which prohibits 16- and 17-year-olds from having sexual contact with anyone over the age of 10 unless they are lawfully married.

Holm also paid $3,000 in fines, performed 200 hours of community service, and undergo a sex crime evaluation after he was released from jail, according to 5th District Judge G. Rand Beacham’s sentence.

Rodney Holm filed a lawsuit for the children’s custody. This sparked a judicial struggle that included not just the usual heartbreaking allegations of abuse and neglect but also major considerations regarding religious freedom, religious institutions’ sexual exploitation of youths, and a law enforcement official’s personal responsibility to follow the law.

Stubbs was represented by Tucson attorney William G. Walker. He has also represented 16 people who claim to have been assaulted by Roman Catholic priests, and he sees some parallels as well as distinctions.

While being raised by Lynda Peine and Patricia Peine, Holm contended that his children could be sexually molested, forced into child labor, or booted out of the church. Holm learned of ongoing prosecution against FLDS prophet Warren Jeffs, who was tried and convicted in Utah and Texas for child sexual abuse crimes during his sojourn in the Southwestern United States wilderness.

FLDS members, according to Rodney Holm, do not generally believe that forced marriage and sexual contact with girls as young as 12 is acceptable, but they were also unaware of the gruesome circumstances of the court cases that drew national attention. After seeing Jeffs and other church leaders convicted on criminal charges in Texas, Holm claimed he still felt compelled to defend his three wives and his children, who were devout members of the organization.

Holm’s first wife followed him, but the rest of his family was unconvinced by allegations made by the now-apostate family patriarch that their church leaders were convicted criminals and that Jeffs had made a jail confession admitting he was a false prophet.

Shumate tried to steer testimony away from questions about Jeffs’s religious authority and toward a resolution of whether Holm or his two former wives, who remained faithful to the church, would provide better custodial parenting for the children during the court proceedings leading up to the custody verdict in Holm’s favor.

Shumate believes Holm’s past wives are concerned about their children, and he expects the parents will reach an acceptable agreement. However, Shumate stated in his decision that it is more likely that Holm will allow his former spouses to visit the children than that the women will let Holm into their homes if they have custody.

Even while Rodney Holm recognized during the trial that there was an ongoing challenge to preserve respect as a result of the children’s back-and-forth housing relationship with their parents, he maintained that his children were adapting well to the court’s decision.

According to the Spectrum, Shumate left the door open after the trial for Holm and his estranged polygamous wives to settle on a new family arrangement. He now lives with his first wife, who left the church as well. On the other hand, Holm claims to have won his children over via love.