Zeina Khoury From Dubai Bling: Net Worth, Husband, Age & Height of the Queen of Versace Dubai! 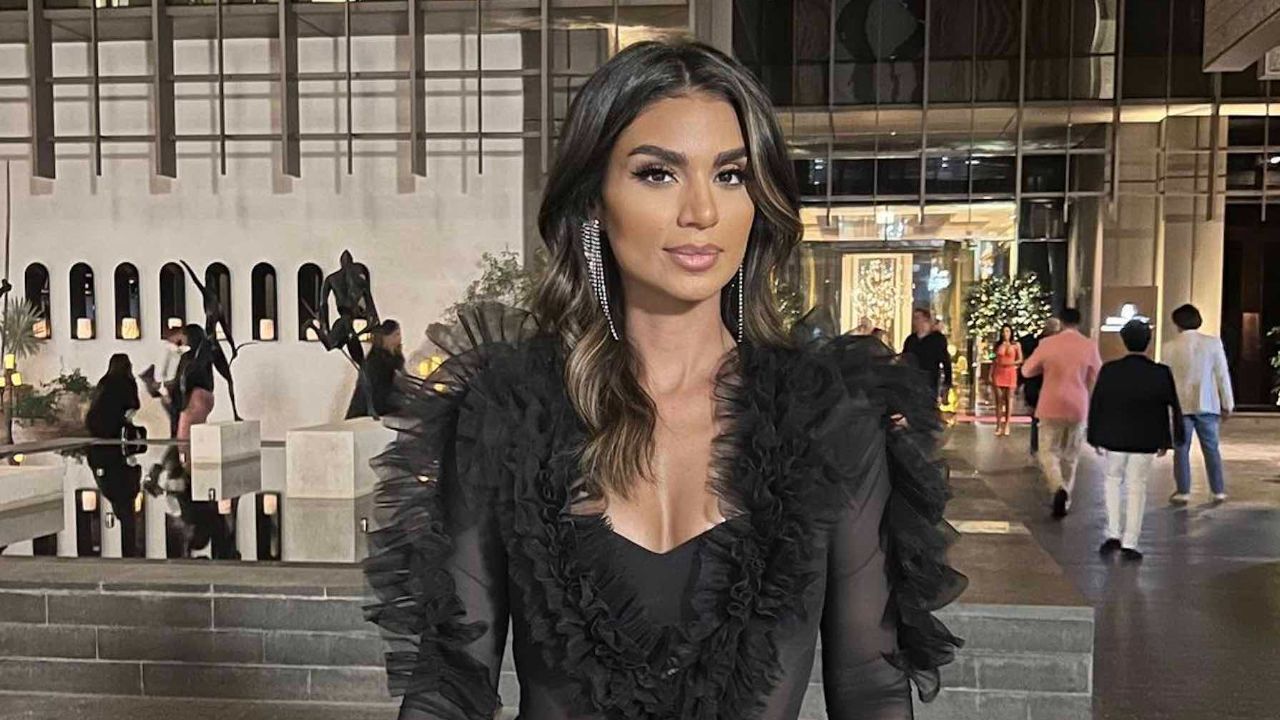 Zeina Khoury who was born on December 13, 1983, in Lebanon has been cast in the new Netflix reality show, Dubai Bling. The 38-year-old moved to Dubai in 2006 due to warfare in Lebanon. Standing at the height of 5′ 6”, she started a career in the real estate world by accepting a job with the business that was building the five-star hotel Palazzo Versace Dubai. She is also often regarded as the Queen of Versace Dubai because of her contributions. And yes, she has a husband, however, she has yet to reveal his identity.

Buckle up because Netflix has just released its newest reality TV show, which is full of drama, diamonds, and fancy dinners. On October 27, Dubai Bling premiered on streaming services and has since satisfied everyone’s desire for all things fanciful and fashionable—of course with a dash of rivalry and romance, too.

The reality show follows some of Dubai, UAE’s wealthiest residents who have known one other for a long time. As might be expected, the show has its fair share of drama because of contentious debates, divergent viewpoints, and traumatic pasts. Nevertheless, despite all the commotion, there are also times when warmth, joy, and love can be felt.

Zeina Khoury, one of the show’s most famous cast members, is well-known for leading a luxurious and career-focused lifestyle. Of course, she has managed to gain a lot of fans because of her lifestyle who want to know more about her. Well, we’ve got you covered.

Previously, we touched on Safa and Fahad Siddiqui.

Zeina Khoury From Dubai Bling: Standing at the Height of 5’ 6’’, the Queen of Versace Dubai Has an Estimated Net Worth of $2.5 Million; Know About the 38-Year-Old Star’s Husband in Detail!

Zeina Khoury (@thezeinakhoury) was born on December 13, 1983, in Lebanon. In 2001, she graduated from the BESGB, where she had been a student. She enrolled in Notre Dame University – Louaize (NDU) after high school and earned a B.B.A. there (Banking & Finance). Because of the war that was raging in Lebanon during Zeina’s undergraduate years, Khoury left her native country and moved to Dubai in 2006 in search of work. Zeina encountered numerous rejections even after moving to the UAE.

A career in real estate wasn’t in the cards for someone with a degree in banking and finance. The 38-year-old took a huge risk by accepting a job with the business that was building the five-star hotel Palazzo Versace Dubai out of desperation to break into the field. She is even regarded as the Queen of Versace Dubai. She started with sales after deciding on a job in real estate and worked her way up the ladder to success.

After five years of service with Emirates Sunland, she made the decision to launch High Mark Real Estate Agency. Similarly, the real estate icon earned her Executive MBA in Business Administration and Management, General from London Business School between 2020 to 2022.

Standing at the height of 5′ 6”, Zeina Khoury is a well-known figure in Dubai’s real estate sector. She began working as a Property Consultant with Emirates Sunland in the area in January 2007. She did, however, change positions and started working as the organization’s Head of Collections in January 2009. Zeina held the role until May 2010, at which point her duties were increased and her position was renamed Head of Collections and Client Relations.

Zeina departed Emirates Sunland in January 2012 to become CEO of High Mark Real Estate Brokers. She still has the role as of this writing and makes several contributions to the company. At a top management level, Zeina was one of the key proponents behind the founding of High Mark Real Estate Brokers. In addition to her accomplishments in real estate, Zeina co-founded BookAnyService.com in October 2014. The business offers online service reservations to the general public.

It is simple to assume that Zeina has amassed considerable wealth over the years given her extensive experience in the luxury real estate sector. We must take into account her positions as a CEO, business owner, and social media influencer in order to understand how wealthy she is.

A CEO of Zeina’s quality would make about $300,000 per year in Dubai. Her annual income would certainly increase by an average of $40,000 thanks to her social media presence. In light of her several revenue streams, we peg Zeina Khoury’s net worth at about $2.5 million.

Talking about her personal life, the reality star is married and has two kids: a sweet girl named Alexa and a young son named Joey. Zeina’s Instagram pictures frequently include her husband, but she does not reveal any information about him, including his name.

Similarly, the Lebanese realtor achieves her ambition of living in Dubai, but owing to the demands of her job, she is unable to spend much time with her family. To make up for this, she arranges visits to far-off places. She appreciates diverse artistic mediums and enjoys learning about other cultures. She enjoys watching movies and has interacted with some of her favorite artists, including Michele Morrone.