What Is the Lava on the Floor Is Lava? Netflix Viewers’ Curiosity Explained! 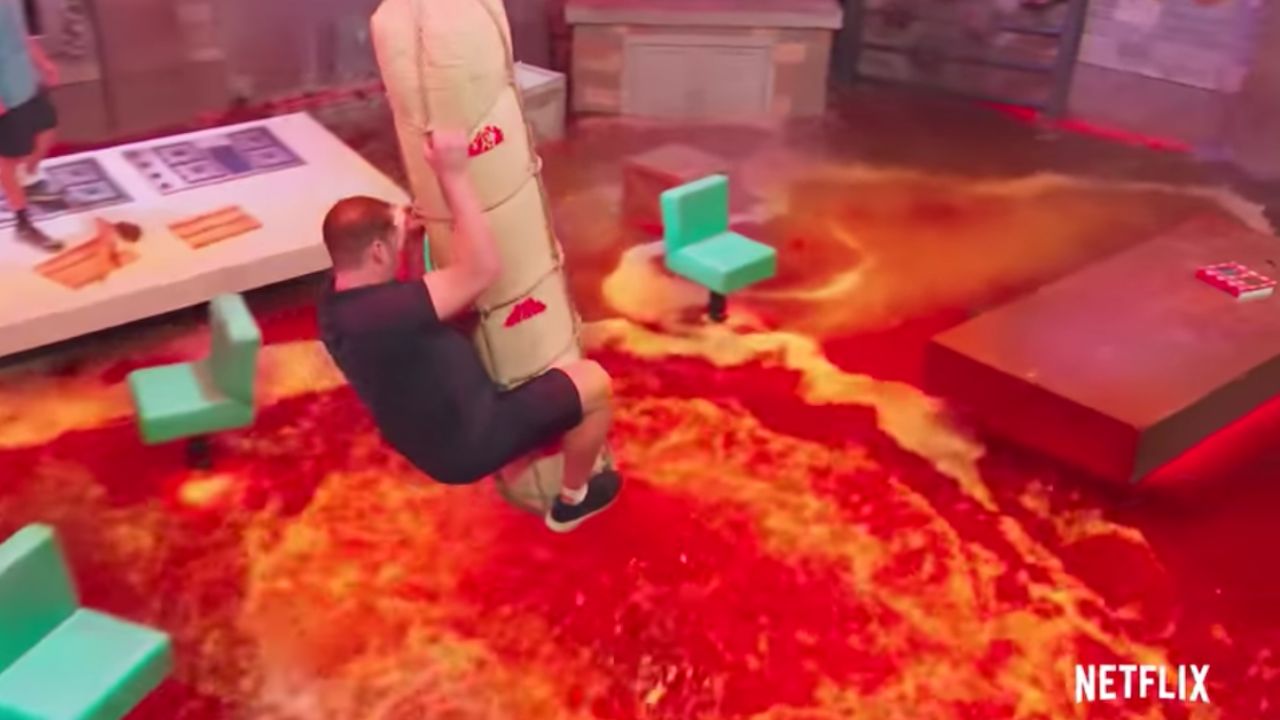 Floor Is Lava is a game show hosted by Rutledge Wood which was released on 3rd June. In the show, the floor is filled with lava, and this has brought curiosity among the audience to know what is the lava that is shown on the Floor is Lava.

Hosted by Rutledge Wood, a new game show, Floor Is Lava was initially released on 19th June 2020, and recently, on 3rd June 2022, the second season got released. Netflix shows are always out of the box, and thus, this particular game show is way beyond our expectations. Typically, the participants thrive to reach the goal, and their whole journey is filled with complications as the floor is covered with lava.

Created by Megan McGarth and Irad Eyal, Floor is Lava has caught millions of eyes and has definitely made millions of money as well. On the set of the show, we got to meet many cast members, and more than being concerned about their private life, the audience is highly invested to know how the production team brought the lava onto the floor. So, what is the lava on the Floor is Lava?

What Is the Lava on the Floor Is Lava?

Premiering the second season on 3rd June, a new incredible game show, Floor Is Lava was released with many cast members and a host, Rutledge Wood. Basically, the cast members are supposed to move from one room to another and reach their goal. But, is the journey that easy? Absolutely, no. Acting as a malediction to the participants, the floors are covered with lava, and these participants are supposed to cross the place without getting touched by the lava.

We cannot deny that the streaming media never fails to keep up with our anticipations, and this time as well, they were beyond creative, and eventually, Floor is Lava has brought huge controversy. The main question that has been hovering around the show and its production teams is regarding the lava on the floor. To be specific, everyone is curious to know where the lava came from or what is that lava made up of.

It is impossible to put the actual lava on the floor just for the sake of a reality show as it is quite risky and could kill any of the contestants on the show. Thus, the lava isn't real, and all the participants are completely safe. The lava that we get to see on TV or any Youtuber channels that shows volcanic eruption is partially liquid rock that can heat up to over 2,000 degrees Fahrenheit but on the set, the lava is the slime lava which is dyed red to mimic the color of real lava.

We even saw how the lava on the Floor is Lava bubbles up but that is all due to wind effects which had made it appear as that of realistic lava.

Will There Be Floor Is Lava Season 3?

Both the first and second seasons of Floor is Lava gained huge recognition as well as made hefty profits. Just within a year's difference, the production team successfully released the second season, and it's just been a few days since its release but Floor is Lava has already made millions of money.

Thus, just with the end of Season 2, people are already questioning if Floor is Lava will have a third season. For now, there's no exact answer as the production team has neither agreed nor denied the release of its season.