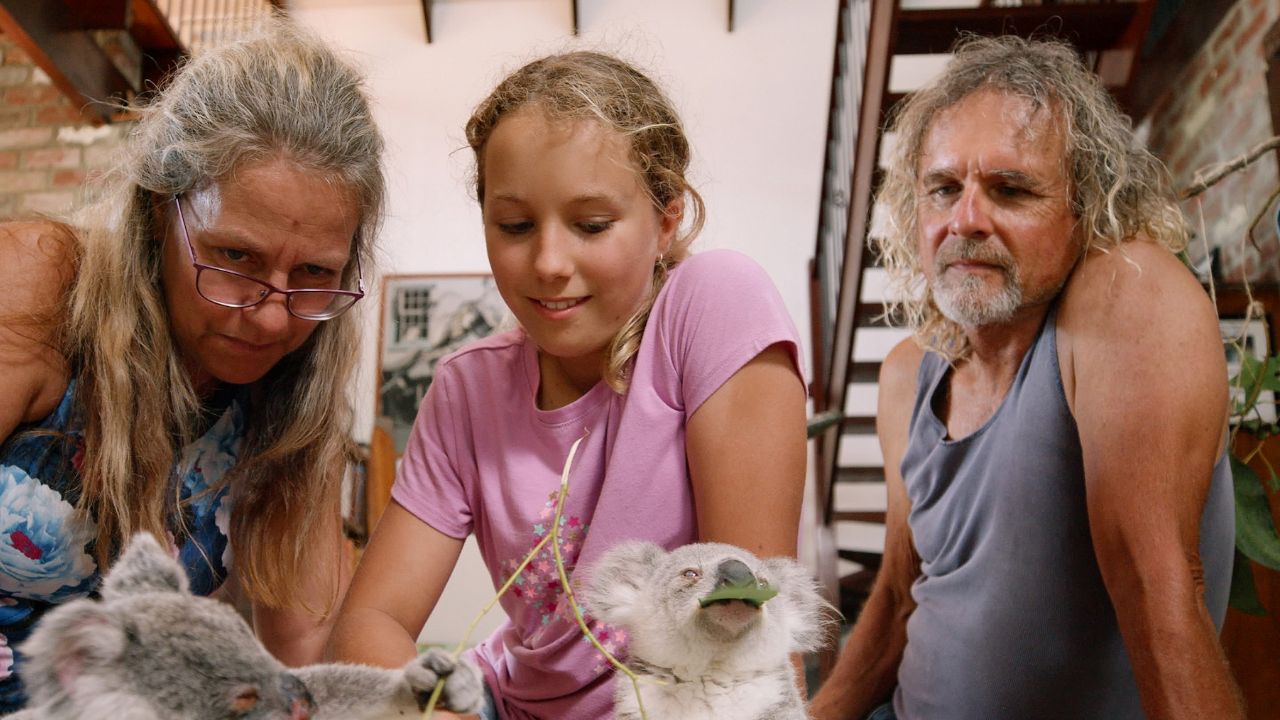 The new documentary primarily follows Izzy Bee, an energetic young girl who, with her parents, shelters and treats wounded, orphaned, and sick Koalas before they completely recover.

The show focuses on Izzy Bee, also known as the “Koala Whisperer,” and her ability to communicate with the fuzzy-haired herbivores.

It also shows how Izzy’s mother, Ali Bee, and father, Tim Bee, help the world by caring for as many Koalas as they can at their Koala rehab facility.

Ali was thinking about moving to Africa after living a year in Hong Kong in 1999. However, in late 2000, she opted to pay a visit to her extended family in Australia, and what was supposed to be a quick three-day trip turned into a permanent stay.

During that tour, Ali bumped into her future husband Tim Bee on Magnetic Island, and she chose to settle on the island with the Australian man.

The couple welcomed a brand new bundle of joy, Isabella Rose Bee AKA Izzy Bee, in 2007. The family has resided on Magnetic Island for about 20 years and carries no plans to leave anytime soon.

The veterinarian formed an environmental activist ethos while serving at local hospitals, and she, along with Tim, took a leap of faith.

Ali and Tim agreed to take action after learning about the existential threats that Koalas face as a result of habitat destruction, Chlamydia, blindness caused by green ant attacks, and other factors. As a consequence, the pair built Magnetic Island Koala Hospital in rescuing and rewild injured, sick, and distressed Koalas.

Since many of the Koalas taken to the clinic needed long-term treatment, Ali and Tim welcomed them into their home to give the sick animals a place to rest.

The Magnetic Island Community eventually slotted in, and several fences were constructed around the couple’s home. The Koala Kindergarten and Clinic are established thanks to a grant from the State Government in 2014.

Tim Bee is yet to disclose his date of birth and birthday.

Tim Bee is married to his wife Ali Bee.

Tim Bee stars in the Netflix docuseries Izzy’s Koala World, along with his daughter Izzy Bee and wife Ali Bee. The show produced by Nomadica Films debuted on 15th September 2020. Season 2 is slated to air on 20th April 2021.