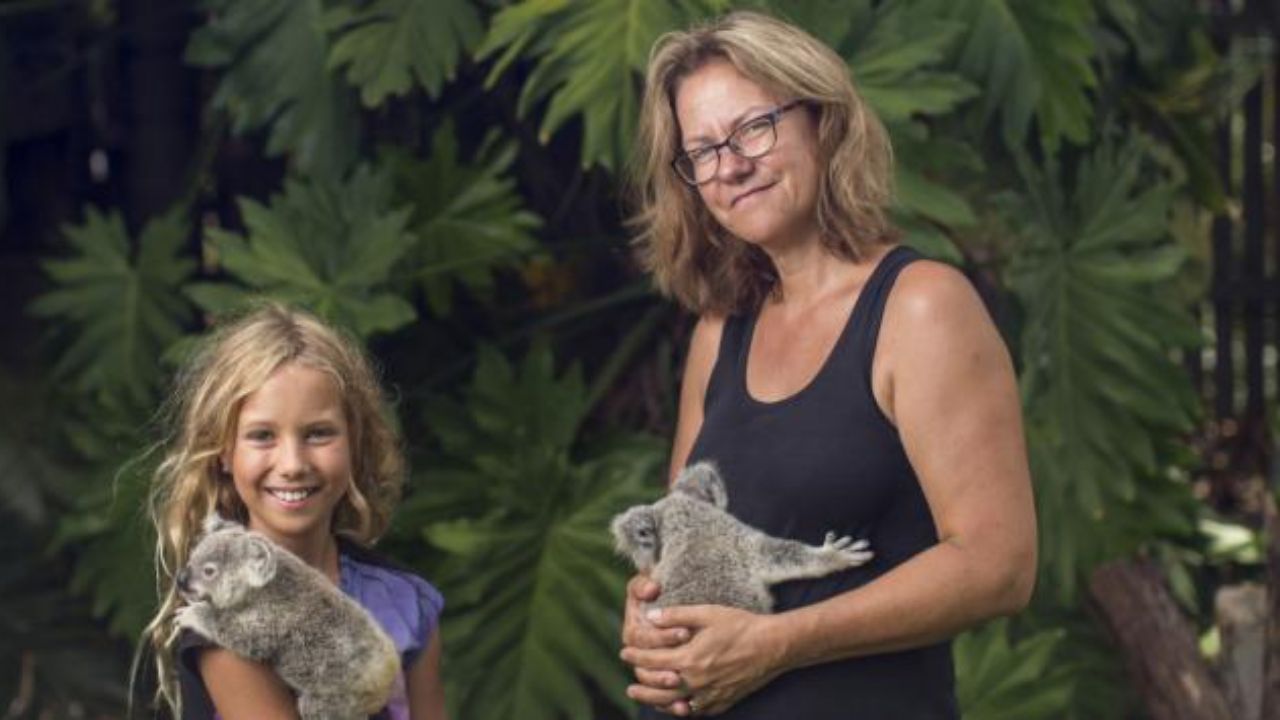 Ali Bee, who was born and raised in Yorkshire, moved to Australia in 2000 to save vulnerable koalas. She helps rehabilitate the animals and later became associated with a new show named Dodo Heroes.

She has always had a soft spot for animals, and some of her idols include Steve Irwin, David Attenborough, and Jane Goodall.

Ali spent a year in Hong Kong in 1999 after graduating from the Royal Veterinary College in London and working at various practices, and she wasn’t sure where to go from there. She went to visit relatives in Australia and fell in love with the country, so she opted to stay.

Bee resides on Magnetic Island, and as soon as she arrived, she felt compelled to assist koalas. She and her husband Tim Bee began bringing them home to take care of them. Their daughter Izzy Bee has been accompanied by animals ever since she stepped into this world.

In general, Australia’s koala population isn’t doing as well as one might hope. There are between 800 and 1,000 on Magnetic Island and just 40–60,000 in the entire nation overall.

The most serious danger they face is land clearing – Ali says it’s heartbreaking to see their habitats destroyed. The second is chlamydia, which causes a variety of health problems, namely sore eyes and blurry vision caused by green ants.

Ali Bee is yet to disclose her date of birth and birthday.

Ali Bee is married to her husband Tim Bee.

On Dodo Heroes season 1 episode 2 titled Izzy the koala whisperer, Ali Bee, her partner Tim, and their child Izzy spend most of their time in Australia saving and rehabilitating koalas. Crikey the koala was a baby who was discovered alone and very ill. It was time for the family to let him go into the wild.

Ali Bee stars in the Netflix docuseries Izzy’s Koala World, along with her daughter Izzy Bee and husband Tim Bee. The show produced by Nomadica Films debuted on 15th September 2020. Season 2 is slated to air on 20th April 2021.