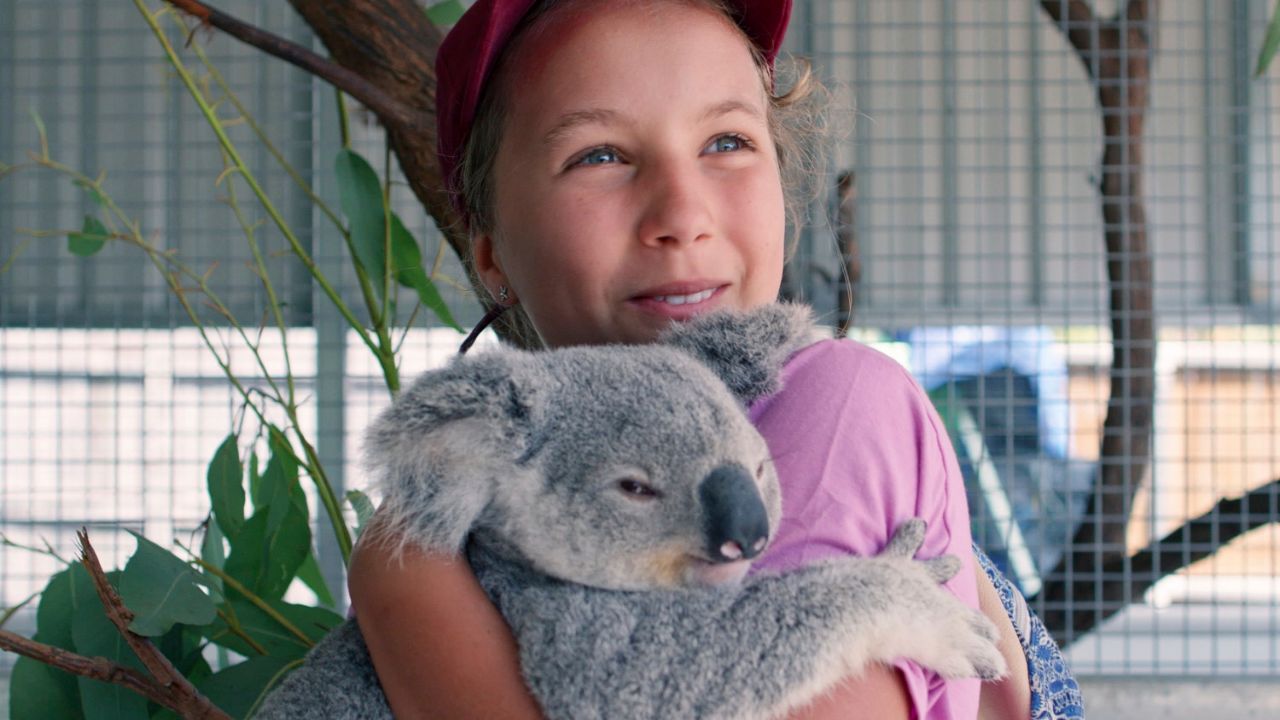 Izzy Bee is displaying the unique relationship in the new Netflix series Izzy’s Koala World, which follows the young girl as she assists her veterinarian mother and cares for the tree-climbing mammals.

All of them marsupials seem to react positively towards her, Ali, her mother says. She adds, they’re wild animals, and they’re scared. They need that soothing, gentle, quiet, and caring presence.

Izzy and her family live in their home on Magnetic Island, which is just off Australia’s east coast and is home to an incredible number of koalas. The eucalyptus tree provides both shelter and food for the animals. They sleep between 18 and 22 hours a day.

Izzy was caressing the family’s newest patient, a 14-month-old female koala called Pumpkin, during an interview with her father and mother.

Pumpkin, like the majority of the koalas they look after, was orphaned and needs assistance with feeding and developing. Izzy cares for the koalas, feeds them, and interacts with them on a daily basis. She entertains them in her room, hugs them while brushing her teeth, and assists them in climbing.

Her father refers to her as “the koala whisperer.” Izzy’s relationship with animals started at a young age. She was in her mother’s clinic five weeks after she was born.

Her mom says she grew up with whatever came in the house. She was pretty conscious of the bond between people and their animals, her mother says.

How Old is Izzy Bee?

Izzy Bee is active on Instagram. You can check out her profile here.

Izzy’s parents are mother Ali Bee and father Tim Bee. She resides with her family on Magnetic Island, which is located off Australia’s east coast. It is home to hundreds of koalas.