My Mom Your Dad: Why Did Karen Larrea Leave Second Chance Retreat? 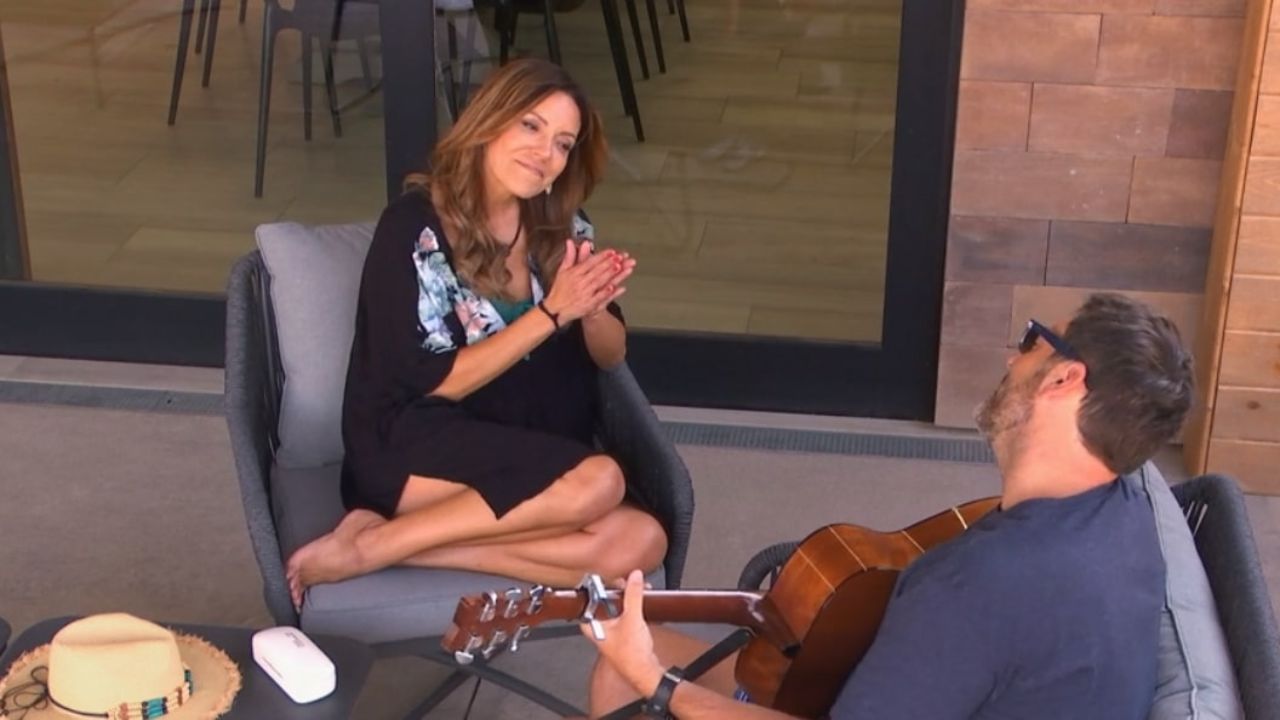 Why did Karen Larrea leave Second Chance Retreat on My Mom Your Dad? Reddit users wonder what happened to Karen on the HBO Max show that made her leave prematurely.

My Mom, Your Dad is the latest HBO Max exclusive reality dating show that defies the genre’s conventions by demonstrating that you’re always in for a chance for a second (or even third) shot at love.

After all, the film follows the lives of single parents as they relocate into a house and mix, seemingly ignorant that their children – the ones who picked them – are calling all the shots from behind the curtains.

If you combine the concepts of The Circle, The Bachelor, plus a dash of Love Island, you’ll get this homey spectacle. However, notwithstanding her evident chemistry with Troy Petrick, contestant Karen Larrea was forced to leave early (with daughter Breana).

So, if you’re interested in learning more about it, here’s what we need to know.

Second Chance Retreat: Why Did Karen Larrea Leave My Mom Your Dad?

Karen Larrea and Troy Petrick‘s stay together at the Second Chance Retreat was ended prematurely on My Mom, Your Dad just as things looked to be looking up for them, particularly when their children began to understand that they were a wonderful match.

A producer visited the pair while they were lazing near the pool one eventful morning and, solemnly, asked Karen Larrea to join them for a crucial private conversation.

Shown in episode six, entitled My Rock Says Caution, a producer and castmate Karen Larrea soon stepped out of the home to consult with a third person, Karl (presumably the show’s safety supervisor), who indicated he had “a bit bad” info.

Instantly after that, the message “Karen just received personal news, and we are respecting her privacy” popped up on the screen. However, we only heard her say, “Oh, wow. Okay.”

Karl and the producer then asked her to pack her belongings while saying sorry and making it plain that she was going.

What Happened to Karen on My Mom Your Dad?

Following that meeting, Karen Larrea claimed that the entire scenario was painful and that leaving My Mom, Your Dad was painful, but she had no choice. By mentioning personal concerns in both her confessional and her parting letter to Troy.

She went on to say that it was a difficult moment for her as well as her family. Furthermore, despite the fact that filming has been completed for months, Karen Larrea has yet to explain why she left so suddenly and abruptly – not even in her regular Instagram answers to admirers.

My Mom, Your Dad is currently streaming on HBO Max.