My Mom Your Dad Cast: Meet the HBO Max Stars! 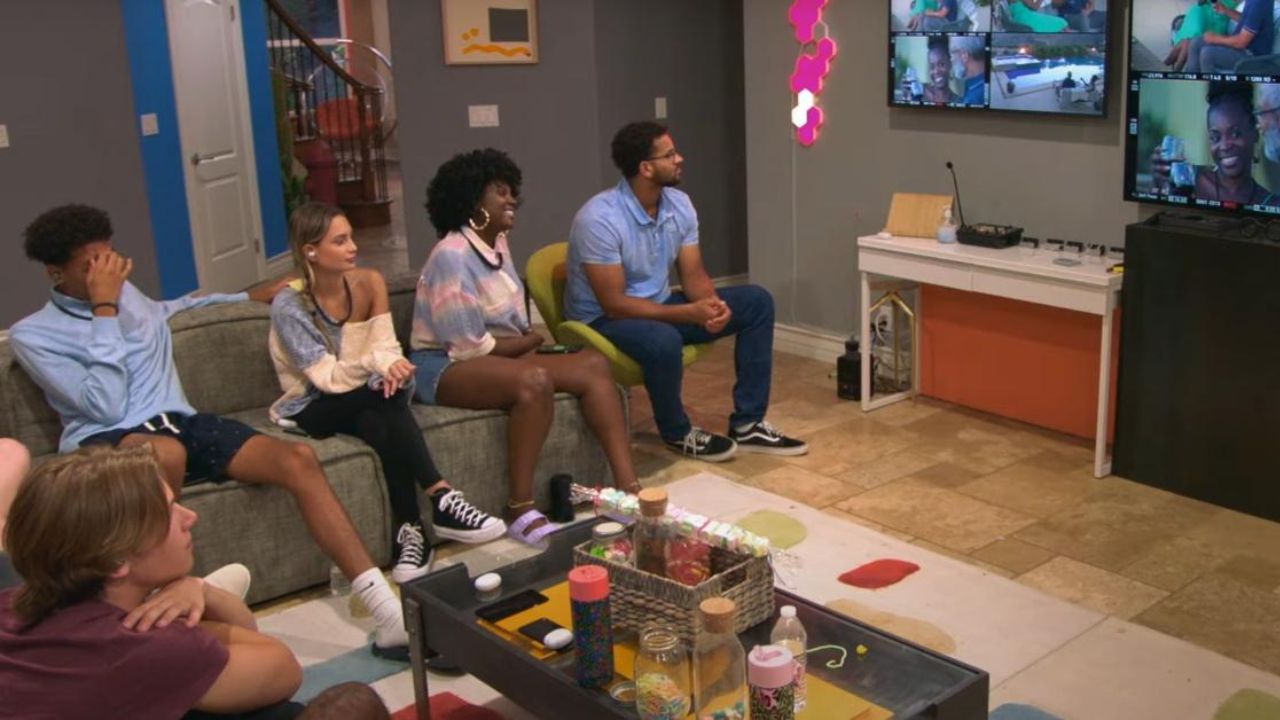 My Mom Your Dad, the prominent HBO Show, was released on 13th January with exactly eight episodes. Adding different flavors, the show has ten cast members. Do you want to know about these casts, notably their Instagram and ages? Additionally, fans wonder about My Mom Your Dad casting call.

Releasing eight episodes on 13th January 2022, HBO Max‘s pre-eminent American reality show, My Mom Your Dad, not only has a unique name but also the show itself is quite different.

Although the concept is directly linked to dating and finding loved ones, the cast themselves didn’t come to the show rather their children nominated them to cast on the show. In other words, college students having single parents nominate their parents to cast on the show with the purpose of bringing love to their life again.

The whole concept of this particular HBO production is extraordinary and at the same time, it is promoting adults to fall in love no matter what happened in the past.

Thus, myriads of people appreciated and admired the whole production team for coming up with this show. My Mom Your Dad, only has eight episodes but in these episodes, we got to see ten new faces.

My Mom Your Dad Cast on HBO Max

Catching almost everyone’s eyes and alluring myriads of binge-watchers, My Mom Your Dad, lucidly is one of the hits. Releasing all the episodes on a single day, HBO did aid binge-watchers to complete the show in one sitting.

It might be astounding as well as unbelievable to know that in these eight episodes, the show had literally ten cast members, and many ended up leaving the show with finding their love. So are you exhilarated to know the entire cast? Unfortunately, their precise ages aren’t revealed yet, but we’ve linked their Instagram.

Having a pragmatic personality and beguiling grin, Karen Larrea was literally the center of the heed on the HBO Max, My Mom Your Dad.

Being the strong and bold single mother of her two children: Gavin and Breana, Karen is known for her selfless love towards her children, and how she has never failed to provide the best for both of her children.

Although Karen has done everything she could, her heart is still empty, and being blessed with the best children, her children wanted their mom to feel loved again.

To that point, they nominated Larrea to cast on My Mom Your Dad, and this show acted as a positive catalyst and gifted her the love that she has been devoid of. Starting as a fling to changing it to love, Larrea met Troy on the show, and they both sensed a strong connection towards each other.

While their relationship was just beginning, Karen was compelled to leave the show for her personal issues, nonetheless, it has been disclosed that Karen and Troy are still together even after the show.

Father of four children, Troy Matthew is a proud single parent and is from Georgia. While mothers are always more appreciated when they do both the duties of the parents, somewhat, society always eschews the father’s, unconditional love. Matthew really needs to be admired for being the greatest strength of his all four children.

Talking about his profession, Troy is the senior director of a drug development company named Azurity Pharmaceuticals. Moreover, he is the host of a weekly podcast for Arbor Pharmaceuticals.

Having a successful career and getting to live with his four children make Troy’s life perfect but the vacant seat was yet to be filled, the seat of his love.

Being concerned about their father, Troy’s children brought him to My Mom Your Dad with the sole aim of finding their dad’s perfect loved one to fill the vacant seat. Surprisingly, this brought a turning point to his life, and thus, met his love, Karen Larrea.

Mother of Mj, DeNeia Hendrix-Johnson is a low-key person and doesn’t disclose much about her life. Her presence in the extraordinary HBO Max show, My Mom Your Dad, began her official exploration journey in finding “the one.”

Denia confronted a plethora of obstacles before leaving the show, however, all of her ups and downs paid her well and aided her in acquiring the love that she deserved.

Although DeNeia was happy with her bold decision, her son, Mj was dissatisfied as he had this instinct that Scott seems to have a playful attitude and might not treat his mom right.

The Florida Native, Scott Devoe seems to be in his early 40s, and his daughter, Alexandra actually nominated her dad to take part in My Mom Your Dad, hoping her dad will bring her mom.

Talking about his professional field, not much is known as Scott’s discretion has kept us away from knowing even the smallest bit about him. Conversely, his daughter is currently pursuing a law degree from Barry University.

Devoe’s real motive of entering the show, My Mom Your Dad was teeming with success as he did catch his eyes on a woman, DeNeia, and they definitely had something between them.

Deeming as one of the best cast members, Philip’s aura is loved by all My Mom Your Dad’s casts. Convinced by his son, Pj, Philip Patrick actually made to casting on this HBO max show and added his own flavors.

Originally from Oakland, California, Patrick has been professionally involved in educational sectors. To be specific, he is the Board Member of family counseling centers and apart from these, he is the principal at Lord and Patrick LLC.

Nominated by his son, Miles Chevalier, Phil Chevalier made his presence in My Mom Your Dad with the hope of giving him a second chance to find his ideal love life.

Coming from Phoenix, Arizona, Phil Chevalier is the most low-key person. Not only is he private when it comes to personal life, but also his son, Miles is teeming with being extremely lowkey.

Therefore, we do not have much information on their personal and professional lives.

Winning the hearts of other fellow castmates of My Mom Your Dad and the spectators, Grant’s sense of humor was quite impressive.

Like it is said, getting to a woman’s heart is through making her laugh, Grant inculcates all the qualities to get random stares from all the women walking nearby to him. His presence in the HBO Max show was successful all because of his daughter, Carlie.

Professionally, Grant is an entrepreneur and is the executive producer for 12 Rounds media.

Casting on the extraordinary show, My Mom Your Dad, Joel Brown has been receiving wide recognition from the public.

Being the single parent as well as the attorney serving as a Managing Partner at Friedman & Brown as well as at The Fair Credit Law Group, Joel seems to be multi-tasking, from spending quality time and providing all the necessities to his son to organizing himself in his career, Brown’s strong instinct has led him to be one of the successful personalities.

The single mother of Destiny Orr, Kiki has taken every possible stern initiative for the betterment of her child, and now that Destiny has grown up, he wanted to see his mom getting loved, and thus, Destiny decided to bring a turning point to her life, and nominated for My Mom Your Dad.

Also, it appears that Kiki quintessentially had a good time in the show, and she definitely is freshened up.

By profession, Kiki Orr is the  Life Coach and the host of the Just Bloom podcast.

The mother of three children, Stephannie Varone made it to My Mom Your Dad because her son, Brennen wanted his mom to fill her emptiness with all the unconditional love that she deserved.

Therefore, the only purpose of sending his mom to the show is for his mom’s eyes to change into the hunters and start the serious hunt for her ideal partner.

Apart from casting on the show, Varone has another life, her professional field. Since the age of 16, Stephannie has dedicated herself to music, to that point, she is a professional vocal artist, songwriter, and performer. Also, she is the lead singer of Starlette’s Web.

Before you leave, find My Mom Your Dad casting call here!