My Mom Your Dad: Where are They Now? 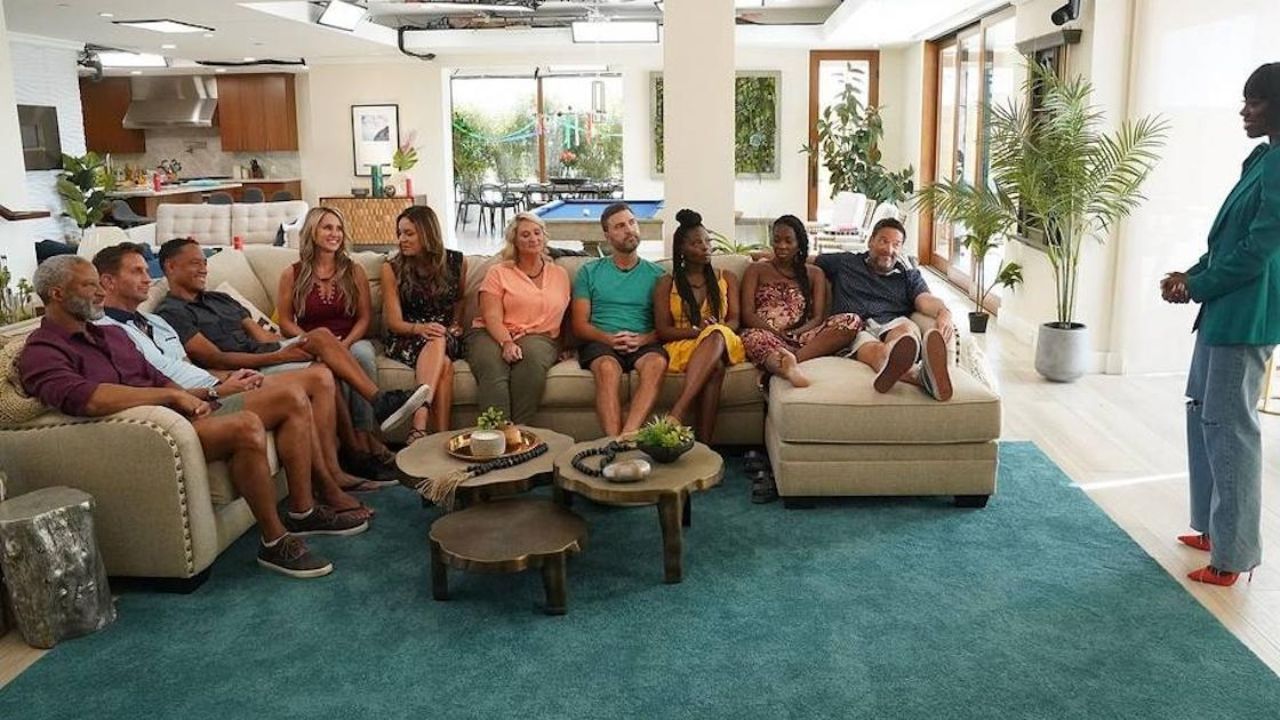 My Mom Your Dad couples, where are they now? This is the latest curiosity of HBO Max viewers. Find out where Troy and Noah, Patricia and Whitney, DeNeia and Myles, Scott and Alex, Karen and Breana, Philip and PJ, Kiki and Destiny, Stephanie and Brennen, Joel and Brooks, Grant and Carlie, and Phil and Miles are now.

My Mom, Your Dad, a reality show in which single parents enjoy flings while their children tug the cords, adds an interesting twist to the format by showcasing the potential of optimism and second beginnings at love.

After all, it chronicles the parents as they shift into a home to mix, only for their children to covertly monitor and manage their outings in order to assist them to find their ideal partner.

So, now that the debut season of this very distinctive and intimate production has aired, let’s discover what its whole cast has been up to lately, shall we?

My Mom Your Dad: Where are Troy and Noah Now?

Troy Petrick came to Georgia as a dad of four and a diligent worker after departing the Second Chance Retreat to place more emphasis on his relationship with Karen Larrea.

His kid Noah, meanwhile, has since attended Georgia College and State University, where he is a loyal supporter of the Pi Kappa Alpha Fraternity’s Theta Gamma Chapter.

My Mom Your Dad: Where are Patricia and Whitney Now?

Patricia “Trish” Duncan failed to discover a genuine love in the HBO Max show, but she did learn courage and recognize she’s as powerful as she is impassioned, putting her really one in a million.

Having said that, she now uses short clips to capture her life as a single mom of four in order to act as a content provider and public person.

Her kids, particularly Whitney, are frequently featured in these videos, indicating that the Kentucky woman is adored by everybody who knows her. As for the latter, Whitney is the proud mama of a baby boy called Levi Scott.

My Mom Your Dad: Where are DeNeia and Myles Now?

DeNeia Hendrix-Johnson enjoyed a nice outcome with Scott Devoe after a series of challenges, including Myles’ early hesitancy. She has remained focused on her individual and career progress since then by serving as an influential public individual and wellness sector businesswoman.

In terms of her son Myles, aka MJ or Amor, he appears to be a musician with aspirations to produce original songs shortly. Based on what we can discern, both DeNeia and Myles like traveling, but they consider Baltimore, Maryland home.

My Mom Your Dad: Where are Scott and Alex Now?

Scott Devoe believes in being true to yourself at all times, and on My Mom, Your Dad, he showcased that he follows what he teaches, irrespective of how silly some may think him to be.

As a result, while we learn the Florida resident is genuine, kind, and funny by nature, we’re not much aware of his work career because he wants to keep that element out of the spotlight.

His daughter, Alexandra “Alex” Devoe, is not so shy herself, and we can confirm that the Criminology grad is actively seeking a law degree at the Barry University – Dwayne O. Andreas School of Law.

My Mom Your Dad: Where are Karen and Breana Now?

Karen Larrea is yet another Floridian who is no novice to being in front of the spotlight. She mainly works in the background as an Entertainment, Talent, and Event Manager in the Miami-Fort Lauderdale region.

Her young daughter, Breana Symone Sturgis aspires to be a model and actress. As a result, her appearance on the reality dating show will undoubtedly help her seek other options in the media sector in the near future. Breana has her eyes fixed on Los Angeles and is eager to get there.

My Mom Your Dad: Where are Philip and PJ Now?

Philip Patrick, or Holy Water as the rest of the cast members affectionately refer to him, comes from Oakland, California, where he not only helps in schooling but also serves on the boards of a family counseling facility and an insurance agency.

More notably, he is the Principal of Lord and Patrick LLC, a locally owned property development and consultancy firm. In terms of the IT expert’s son, it seems that PJ Patrick intends to keep both his career and personal life out of the limelight for the time being.

My Mom Your Dad: Where are Kiki and Destiny Now?

Kiki and Destiny Orr, both powerful, confident, and real women, appear to be at a point in life where they are satisfied since they realize they have worked extremely hard.

While the mom of three is a Life Coach and the presenter of the ‘Just Bloom’ podcast, the Orr daughter is a beauty/hair/lifestyle online multimedia developer as well as a Bookstagrammer.

It’s worth noting that Kiki’s podcast, as the title indicates, digs into the lives of ladies who are constantly evolving and redefining themselves. Destiny is also 30 years old and engaged to a guy named Reginald.

My Mom Your Dad: Where are Stephanie and Brennen Now?

Stephanie and Brennen Varone are both well-known public personalities. The mom of three (two sons and a daughter) is a skilled vocal artist, songwriter, and entertainer who has been in the business since she was a teen.

She is the lead vocalist of Starlette’s Web, a group that pays homage to female musicians and tries to elicit energy and passion in everybody who listens to them.

Brennen appears to be an accomplished photographer, singer, and travel buff. In fact, the Jacksonville Beach, Florida, native is also the Founder/CEO of Nomad Creative, a luxury drone service provider that supplies its clients with absolutely gorgeous photographs.

My Mom Your Dad: Where are Joel and Brooks Now?

Even though Joel and Brooks Brown are both from Florida, their current positions are vastly different. Joel is a lawyer and Managing Partner at Friedman & Brown as well as The Fair Credit Law Group.

He graduated from the University of Miami School of Law in 1995. He is also the CEO/Founder of Good Life Credit and DocuVital. His firms basically guarantee that clients can handle their credit and that expensive or time-consuming procedures are streamlined.

Brooks, on the other extreme, is a part of a local band named The Chills.

My Mom Your Dad: Where are Grant and Carlie Now?

Grant Kauffman captured our minds on My Mom, Your Dad with his good sense of humor and comfort in front of the media, and it appears that the latter is due to his involvement in the entertainment world.

Currently, the business world works as an Executive Producer at 12 Rounds Media, although he has also directed and edited.

Grant is also a published author (‘Project 14: The Legend of Beelzebub’s Bluff’) and FAA Certified Drone Pilot. Carlie, however, appears to be investigating her possibilities after just graduating from the University of North Texas with a Bachelor’s of Business Administration, Integrated Studies Degree.

My Mom Your Dad: Where are Phil and Miles Now?

Phil and his son Miles Chevalier, both of Phoenix, Arizona, desire to live their life out of the spotlight. So far, we’re only familiar that the oldest of the two is a great photographer.

Among Phil’s customers are Men’s Health, House & Garden, Harper’s Bazaar, Esquire, Old Navy, Glamour, and Television & Music Awards, among many others. He may not have had much romantic success, but his career appears to be booming.

My Mom Your Dad is streaming on HBO Max.