Is Maya-Camille Broussard Deaf? Can the Bake Squad Cast Hear? 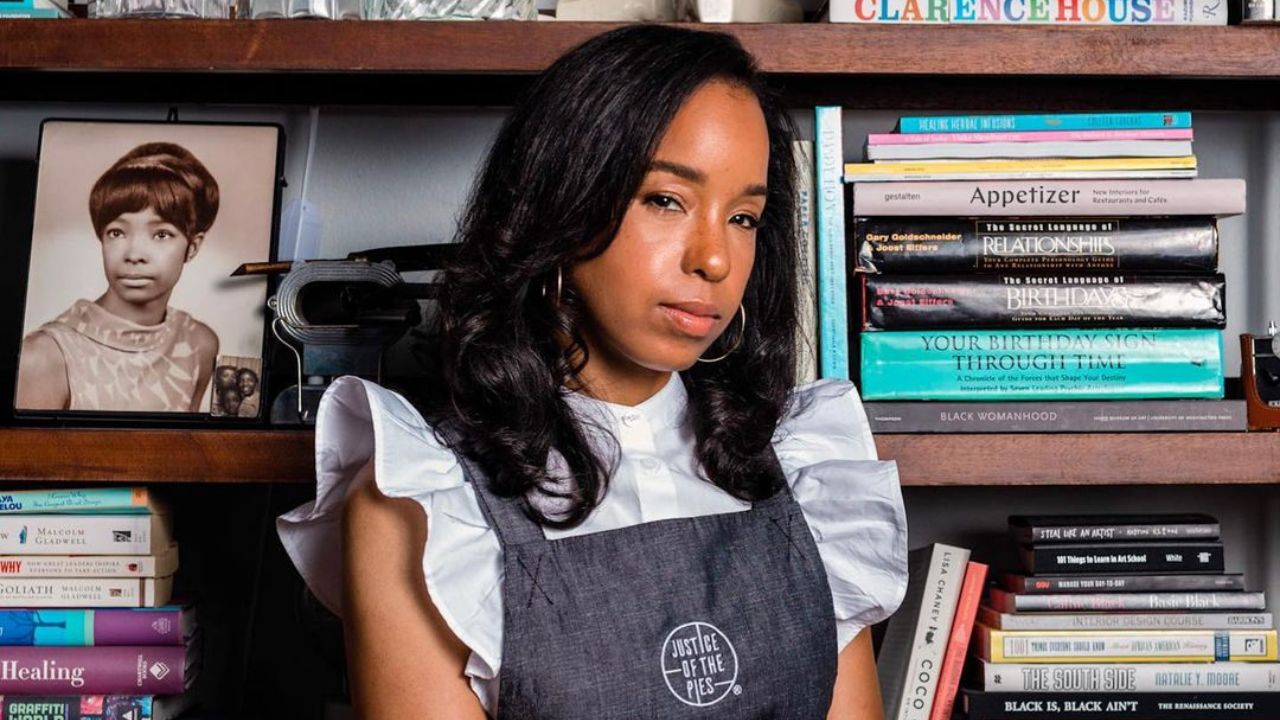 Yes, Maya-Camille Broussard from Netflix’s Bake Squad is deaf in real life and she has been using hearing aids since she was two years old. Meanwhile, the 36-year-old chef was unable to speak until she was four years old.

If you’re looking for a reality show that’s as entertaining and captivating as it is competitive and inspiring, Netflix‘s Bake Squad is the show for you. It is a competition with no cash prize that features four expert bakers competing to create delectable desserts for clients who must choose just one for their celebration of a special occasion. Instead, the winner receives lifetime bragging rights as well as emotional connections. As a result, it’s no surprise that fans are eager to learn more about the candidates, including Maya-Camille Broussard.

Maya-Camille Broussard is a chef and entrepreneur. The chef owns Justice of the Pies, a bakery specializing in pies, tarts, quiches, and other bakery items. She previously owned the art lounge Three Peas, but after it was destroyed by floods three years later, she decided to open the bakery for people who deserved a second chance at life, a belief shared by her father.

Recently, Maya-Camille told the Chicago Sun-Times after the Bake Squad premiere that she was grateful for the show’s platform from both a professional and personal standpoint. The baker talked about her hearing loss and hopes that her appearance on the show will be meaningful to viewers. So, if you wonder if Maya-Camille Broussard is deaf, follow the article!

Previously, we covered the story of Christophe Rull and Ashley Holt’s ex-husband.

Yes, Maya-Camille Broussard Is Deaf: The Bake Squad Cast Has Been Using Hearing Aids Since the Age of Two!

Maya-Camille Broussard (@mayacamillebroussard) is a woman who is part of a small group of people who are deaf and hard of hearing. Yes, she is deaf. She started wearing hearing aids when she was two years old. She didn’t speak until she was four years old. Her speech therapist advised her mother to stop because her daughter couldn’t hear or speak. She was bullied at her school. She can hear you only if she is looking at you.

We admire her for not allowing her lack of perfect hearing to slow her down, stop her, or define her. I admire her example as the mother of a child who was born partially deaf in both ears. Her child was a tiny, premature twin with vernix buildup in both ears that took years to clear. His speech was significantly delayed. His words aren’t always perfect, and there will come a time when other kids notice she doesn’t pronounce everything correctly, so having a story like Broussard’s to share with him will be extremely beneficial.

Maya-Camille Broussard, who was born and raised in Chicago, spent most of her childhood in her father’s home after her parents divorced and quickly found herself toughening up. Her father Stephen Broussard, a criminal defense attorney who loved baking and considered himself The Pie Master, grew up in public housing, where food was scarce.

This emotional trauma was unfortunately passed on to Maya-Camille because he did not prioritize food for her. On weekends, however, her father drew her into the kitchen, where she learned many life lessons while he taught her his skills.

She once stated,  “No matter where a pie is made in the world, it’s still a pie that we can all enjoy. Similarly, no matter a person’s gender, sexual orientation, race, wealth, or disability status, they’re still a person who deserves the best that life has to offer.”

This statement also applies to Maya-Camille, who is deaf, a disability she considers “invisible.” All of this, however, has only pushed her to achieve her professional objectives. With a Bachelor’s and Master’s degree in Fine Arts and Theater, she worked as a curator for a few galleries before launching Justice of the Pies.

Where Is Maya-Camille Broussard Now?

Justice of the Pies (@justiceofthepies) was founded in 2014 by Maya-Camille Broussard in memory of her father, who died shortly after turning 60. Though it is a bakery that specializes in sweet and savory pies, quiches, and tarts, it also has a social mission to improve the lives of those around it.

Maya-Camille created the I KNEAD LOVE workshop to teach elementary-aged children from low-income families valuable kitchen techniques, the importance of nutrition, and life lessons. This company has also collaborated with a number of organizations to provide meals to the community.

Maya-Camille is still a creative entrepreneur with Justice of the Pies, in addition to being an art consultant and designer for The MCB Project and a part-time backup dancer. Furthermore, the flavor fanatic provides cooking classes, sells merchandise, and is planning to launch a subscription-based program that includes recipes, video cooking tutorials, and shopping lists for only $25 per week. In short, Maya-Camille is unstoppable, as her appearance on Netflix’s Bake Squad demonstrated.