Josh from Love Off the Grid: Find Him on Instagram! 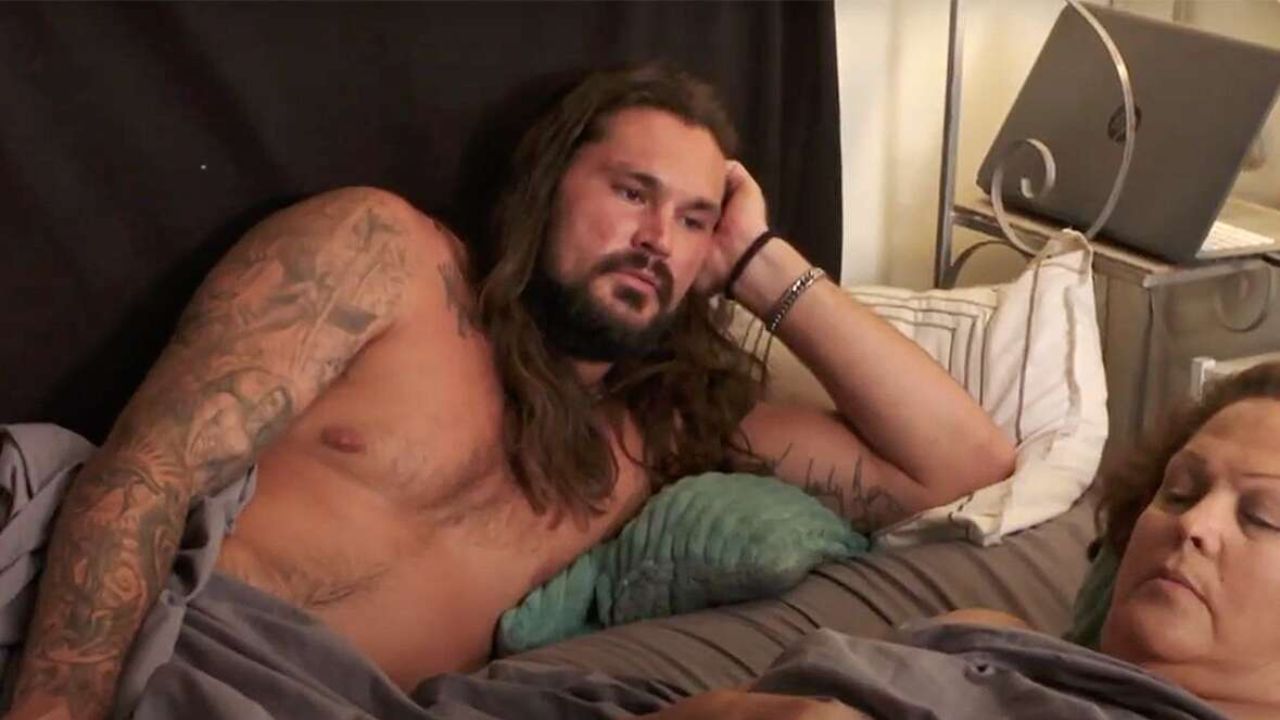 Josh is the love of Angela’s life, the cast member from Love Off The Grid. While Angela lives in the middle of a desert, Josh loves to party in clubs, so do you think Josh will be able to adapt to Angela’s way of life?

Discovery Plus‘s new extra-ordinary show, Love Off the Grid, has released two episodes so far, releasing both episodes on 30th January 2022. Lucidly, there are a plethora of reality shows, either featuring the love life or providing platforms to the cast members in finding their love.

Subsequently, this out-of-the-box program, Love Off The Grid is about testing people’s love life. Having four cast members participating in the show, these people do not live a normal life unlike us.

More than living the luxurious city life, getting fulfilled with all the needs and desires, these cast members chose a life in the middle of nowhere.

Living in a middle of a desert or a forest might be habitual to them, and they are quite happy with their decision. however, the void in their hearts is yet to be filled. To that point, Love Off The Grid will be bringing all the cast members together with their love partners, and their partners are supposed to live alongside the cast.

Being the partner of Angela, Josh has participated in Love Off The Grid, and from here on, he will be living his life devoid of the city’s luxuries. So, are you excited to know more about Josh?

Who is Josh from Love Off the Grid?

Featuring himself as the boyfriend of the eminent cast in Discovery’s new reality series, Love Off The Grid, Josh is on the show to provide sufficient evidence to substantiate his life for Angela.

While Angela lives away from the city and literally has a hut in the middle of a desert where the summer temperature exceeds around 120 degrees, she has everything that her heart has wished for, but the vacant seat in her heart needed her man to be by her side.

To that point, teeming with the amalgamation of exhilaration and fear, Angela’s boyfriend, Josh has made his way to living in the middle of a desert. The 27-year-old tall, bulky man, who enjoys city parties, and being around people will now have to sacrifice everything and live in a place, surrounded by snakes, coyotes, and many other animals.

From partying in the famous clubs to getting feet massages every weekend, Josh is someone who prefers crowded places and loves to be surrounded by myriads of people.

However, for his girlfriend, Angela, Josh will literally have to change his whole life schedule and adapt to seeing animals more often than getting to see a human in the middle of the desert.

How Did Josh Meet Angela?

Around 5 years ago, the 22-year-old, Josh seemed to catch the attention of the 51-year-old, Angela. While walking in the streets of Los Angeles, both Josh and Angela somewhat got allured towards each other. “Hey what you doing,” said Angela and began their official conversation.

Josh being into older women, made him fall for Angela, and thus, they began their relationship. People may have thrown tantrums about Josh and Angela’s love life just because of their age gap, however, those tantrums mean nothing because where there’s love, nothing actually matters.

Moreover, Josh and Angela, both are happy together, and just for his beloved girlfriend, Josh has sacrificed all the luxuries and is planning to settle in the desert.

Lucidly, it can be said that Josh and Angela are meant for each other, and despite their huge age gap, they have a strong connection and feel unconditional love towards each other.

Love Off the Grid is currently streaming on Netflix.